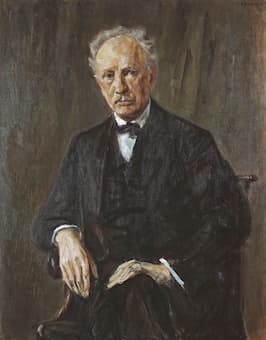 In the last days of WWII, German composer Richard Strauss saw the world he knew in tatters around him. Germany was occupied by foreign powers, the great monuments of German culture had been destroyed – its opera houses and theatres, the city of Dresden was in ruins, and the world in a state of moral suffering.

Strauss looked to the writings of Goethe and his two 1790s poems Die Metamorphose der Pflanzen and Die Metamorphose der Tieren. These were Goethe’s response to Lucretius’ De rerum natura. Lucretius’ didactic poem, written the first century BCE, explained Epicurean philosophy to the Romans. Topics such as the nature of the mind and the soul, sensation and thought, the development of the world and many elements of celestial and earth-bound phenomena. 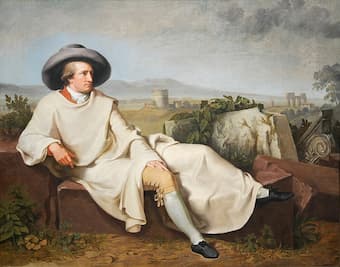 Strauss took Goethe’s ideas of metamorphosis and the concept that inherent in each being was the archetype and used it as the concept for his Metamorphosen. No matter how much destruction surrounded him, in its essential core, the building, the city, the country, the continent, still remained. In his sketchbook for this work, there’s an entry that simply says, “Mourning Munich,” referring to the destruction of the National Theatre where he had worked for so many years.

The work is not a tone poem but does follow the same harmonic patterns that he used in Death and Transfiguration. There is one important change, however. The major-key ending of Death and Transfiguration becomes a minor-key ending in Metamorphosen, making it not a celebration of the possibilities but rather a lament at the horrors around him. The title is reflected in the creation of the work, where themes are metamorphosed as the work progresses. Written in the Classical sonata form, the work uses the development section to take the initial ideas and transform them. At the very end, the word “Im Memoriam!” are written in the score and the lower voices quote the theme from the funeral march from Beethoven’s Eroica Symphony to underscore the solemnity of the ideas.


The work was originally written for a septet and, in its final form, was written for the unusual ensemble of 23 solo strings: 10 Violins, 5 violas, 5 cellos, and 3 double basses. It received its premiere in Zurich in January 1946 conducted by its dedicatee, Paul Sacher.