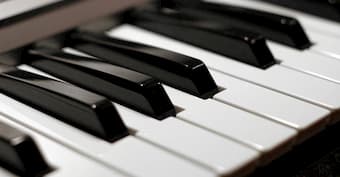 © Music Industry How To

Five notes, endless possibilities… The pentatonic scale is often associated with popular music — and for a very good reason, it has been used extensively from blues to jazz, rock, pop and everything in between. However, as much as it has shaped popular music, it has also guided the evolution of modern and contemporary classical music, thanks to Puccini, Debussy, Stravinsky, Bartók and many more.

The pentatonic scale is built on five notes instead of the usual seven of Western classical music. Essentially — and arguably —, what it seems to do is remove all the odd sounding notes of a scale, and therefore reducing the tensions. It has been criticised for this reason, and is sometimes considered as being too simplistic. However, it has a true colour, identifiable and somehow natural to the human ear. It is also at the basis of most Eastern Europe and Eastern Asian music, and this represents a huge amount of cultures. The particularity of this scale is that it is defined by an amount of notes and not necessarily a set of tones. Therefore, the combinations and possibilities are quasi-endless.

A first very obvious use of the scale in Western classical music is in Chopin’s piano “Etude in G-flat Major, Op. 10, No. 5”: the study makes use of all the black keys of the keyboard, and therefore exposes a G-flat major pentatonic scale. This particular piece is purely representative of musical curiosity. The scale can also be heard repeatedly in Liszt’s “Miracle of the Roses” from his choral work Die Legende von der Heiligen Elisabeth; a sign of his Hungarian folkloric heritage.

The omnipresence of the pentatonic scale in many folkloric music is a direct consequence of its intuitive quality. In Central and Eastern Europe, whether in Janáček’s Sinfonietta — immediately used in the first movement — or Bartók’s “Allegro barbaro”. Some of its inspiration is taken from the folkloric music of Northern America — African-American and Native American music — such as with Dvořák’s Symphony No. 9, also known as the New World Symphony and Stravinsky’s Ebony Concerto borrowing tonalities from the jazz world.

Of course, two of the most famous users of the pentatonic scale in classical music are Puccini and Debussy. Both had discovered the scale through the study of Eastern Asian music, and were trying to emulate and integrate these new colours in their own works. In Puccini’s Turandot, the theme used for the princess is based on a traditional Chinese folk melody “Mo Li Hua”, and in Pagodes, Debussy takes inspiration in the Indonesian gamelan music.

Finally, in Sisask’s case — and his Starry Sky Cycle — it is a search for new scale combinations that results in the accidental use of the pentatonic scale. The Estonian composer had named his new finding the “planetal scale”, and had later realised it was identical to the Japanese pentatonic scale.

Contrary to popular beliefs, the pentatonic scale is very versatile and in no way limited to the quantity of tones it contains. While it had demonstrated it in the popular world — in jazz, the pianist McCoy Tyner is famous for having pushed the limits of the scale — in the classical world, it has been harder for the scale to gain popularity against the traditional sounds of Western music. The British composer Nyman is however well-known for having used it extensively, and his Piano Concerto is a great example of it!