Features
How You Should Feel in the Key of A major
by Maureen Buja April 8th, 2016 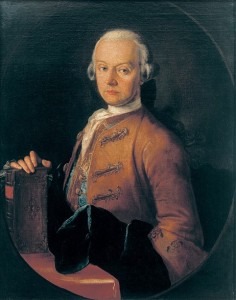 Pauer’s key characteristics for A major are that it is: “full of confidence and hope, radiant with love, and redolent of simple genuine cheerfulness, it excels all the other keys in portraying sincerity of feeling.” Pauer goes on to add “Almost every composer of note has breathed his sincerest and sweetest thoughts in that favourite key.

Indeed, if we look at Mozart, we have 9 symphonies, 6 piano concertos, 2 violin concertos, a horn concerto, a flute concerto, a sonata for piano 4-hands and one for two pianos, a violin concerto, 3 string quartets, 1 string quintet, 7 serenades, 4 divertimentos, 10 marches and so on, all in the key of A major. Pauer’s correct in that this was a favorite key!

Pauer also remarked that we might find the number of keys that composers used to be quite limited for the “older masters” and he goes on to say that this was because of the limitations of the technology. Instruments, such as woodwinds, were still undergoing significant changes in their construction – the flute with the Boehm system that we use today really only came into common usage in Europe by the second half of the 19th century. For the clarinet, the Boehm system we use today was universal in France by the end of the 1870s but even by the end of the 19th century, clarinetists in Germany, Austria, or Russia were still using other key systems. The piano, too, was changing from the forte-piano to today’s more evenly voiced instrument.

Let’s move from the usual Mozart to the less-regarded Mozart, his father Leopold. His Symphony in A major dates from the 1750s and follows Pauer’s characteristics closely: confident, hopeful, and full of genuine cheer.

L. Mozart: Symphony in A Major, Eisen A1 (Toronto Chamber Orchestra; Kevin Mallon, – Conductor)
Beethoven, too, wrote many works in A major: His Symphony No. 7, String Quartet No. 5, 2 violin sonatas, a cello sonata, 2 piano sonatas, among other works. If we listen to his Violin Sonata No.2, which was published in 1789, we again have that confident sound that Pauer liked.

Beethoven: Violin Sonata No. 2 in A Major, Op. 12, No. 2: I. Allegro vivace (Gidon Kemer, violin; Martha Argerich, piano)
What pieces do you think should be added here? Keep in mind that the piece should date from before 1876, when Pauer’s book was published. Another guideline might be to note the relatively small list of composers he gave as examples: Haydn, Mozart, Beethoven, Mendelssohn, Schubert Rossini, Weber, and Spohr – all stalwarts of German classicism / romanticism.