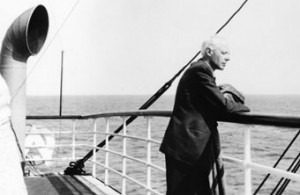 Composed to celebrate the union of the cities of Buda and Pest into the present-day Hungarian capital in 1923, the Dance Suite quickly became one of Béla Bartók’s most popular works. It did more for Bartók’s reputation, in the positive sense, than all his previous works combined. The work certainly departs from Bartók rather pessimistic musical outlook, and points towards new found inspirations and experimentations. Bartók wrote, “The Dance Suite is the intimate result of my researches and love for folk music.” Six dance sections are linked by a ritornello of a decidedly Hungarian character, with the finale drawing together the thematic and rhythmic characteristics of the preceding dances.

Béla Bartók: Dance Suite, BB 86a
In 1926, Bartók had lined up a number of significant concert engagements in Europe and the United States. Since he had composed relatively little for the piano in the preceding years, he quickly went to work on a number of highly characteristic and technically challenging compositions. These included the Piano Sonata, the First Piano Concerto and the Out of Doors. Significantly, these works feature complex rhythmic patterns, and as far as the piano is concerned, an exploration of its percussive possibilities. The Out of Doors is a set of five miniatures with distinct programmatic titles. “With Drums and Pipes,” quotes directly from the Hungarian folk song, while the “Barcarolla” is an exercise in constantly shifting meters and harmonies. “Musettes” imitates a pair of poorly tuned bagpipes, and “The Night’s Music” conjures up a wonderfully creepy atmosphere. “The Chase,” meanwhile, is probably the most technically demanding piece in Bartók’s piano repertoire.

Béla Bartók: Out of Doors, BB 89
Without the extraordinary generosity of legendary conductor, patron, and impresario Paul Sacher, a myriad of masterworks of the twentieth-century would simply not exist. Sacher assembled the Basel Chamber Orchestra and the Collegium Musicum Zurich in 1926 and 1941, respectively, and he was constantly looking to commission new works for his orchestras. As a result, he soon received compositions from, among numerous others, Igor Stravinsky, Paul Hindemith and Béla Bartók. Bartók delivered his Divertimento for String Orchestra to Sacher in 1939. Composed within a fortnight, Bartók faithfully responded to Sacher’s request for a work that mirrored the spirit of eighteenth-century music. The opening “Allegro” presents a lighthearted succession of folk tunes, which is contrasted by an example of Bartók’s characteristic “Night music.” The concluding “Allegro assai” is cast as a vivacious rondo, whose clarity and classical approach are encapsulated in the “Divertimento” title of the composition.

Béla Bartók: Divertimento for String Orchestra, BB 118
Béla Bartók spent the last five years of his life in the United States. Economic hardship, cultural dislocation, a diagnosis of leukemia, and very little artistic acknowledgement and satisfaction, plunged the composer into a bitter depression. For a couple of years he stopped composing altogether and busied himself with ethno-musicological studies. Eventually, he received a number of commissions and while his cancer was in remission, he dusted off a flurry of new works. The Concerto for Orchestra proofed immediately popular, and a Sonata for unaccompanied violin was soon followed by the beginnings of a Viola Concerto. His last work, the third Piano concerto was a surprise gift for the 42nd birthday of his wife Ditta. As his health had taken a turn for the worst, Bartók was desperately trying to finish this composition. The composer got within seventeen measures of the last movement before he was moved to the West Side hospital where he died four days later. It was left to his friend Tibor Serly to decipher the composer’s shorthand and complete the orchestration.