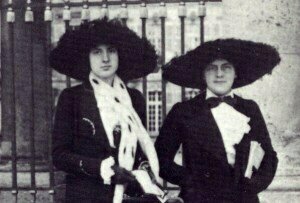 For the longest time, the Prix de Rome competition was a “good ole boys” affair. After a century of the compositional Prix de Rome being closed to women, the Education Minister Joseph Chaumié made the surprise announcement at a press dinner in 1903 that the Prix de Rome would be open to women from that year. This unexpected announcement took the “Académie” by complete surprise, and they mercilessly schemed to prevent Juliette Toutain to become the first entrant. It was left to Hélène Fleury, who won the Second Grand Prix in 1904, and to Nadia Boulanger to advance the cause of women composers. 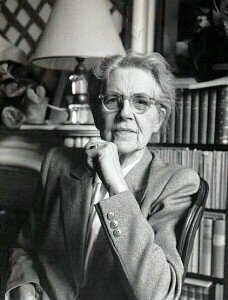 Nadia entered in 1906 and 1907, but even her teacher Charles-Marie Widor was not impressed. Stepping up to the plate again in 1908, Camille Saint-Saëns provided the subject for a choral fugue. Nadia, however, scored her entry for string quartet, and a furious Saint-Saëns demanded that she’d be eliminated. His demand was overturned, and her cantata won the most votes in the initial round of voting. However, since the majority of jurors abstained, she only ended up with the Second Grand Prix, with no Premier Grand Prix awarded that year. 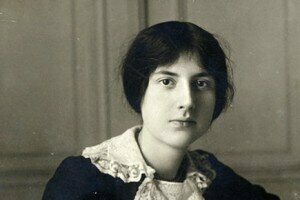 Four years later, it was her sister’s turn. Lili Boulanger first entered in 1912, but the chronic illnesses that would tragically cut short her life at the early age of 24, forced her to withdraw. Undeterred, she competed again in 1913 and was quickly admitted to the final round. Her cantata Faust and Hélène, setting a poem by Eugène Adenis based on Goethe ‘s Faust easily won the 1913 Premier Prix de Rome. Blending lyricism of striking beauty with the emotional anguish of the tense drama, the 19-year-old Lili displayed an astonishing sureness of touch in overall structure and technical brilliance and scoring. Musical brilliance none withstanding, her frail and unthreatening demeanor “appealed directly to the conception of Republican femininity that the conservatives stove to uphold.” As the local press wrote, “The suffragettes smash windows and burn houses. But a maiden of France has gained a better victory.”