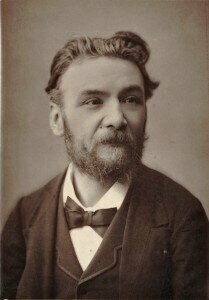 The Louisiana territory was a huge tract of land in North America, stretching from the Canadian provinces of Alberta and Saskatchewan all the way to the mouth of the Mississippi River and the city of New Orleans. From 1699 until it was ceded to Spain in 1762, this enormous area was under the jurisdiction of the Kingdom of France. In 1800, Napoleon had great hopes of resurrecting an empire in North America and he regained ownership of Louisiana. But Napoleon ran into money troubles in Europe, and in the famed “Louisiana Purchase” sold the territory to the United States in 1803. 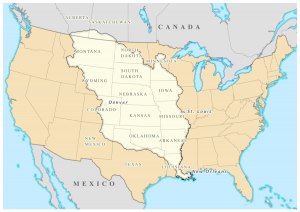 Throughout, New Orleans had been a thriving musical center, and opera permeated all levels of society. Performances were public affairs, and open to anyone who could pay the price of admission. Always looking to import leading European talents to the banks of the Mississippi, Eugène-Prosper Prévost, a colleague of Berlioz at the Paris Conservatoire settled in New Orleans, as did Jean-Baptiste-Louis Guiraud, who had beaten Berlioz for the coveted Prix de Rome in 1827. Reaching the second round, Berlioz, Guiraud and two additional contestants set the pseudo-operatic text Mort d’Orphée to music. Berlioz’s entry was deemed unplayable, and the prize went to Guiraud. Mind you, Guiraud’s setting has not survived, and Berlioz’s entry had to wait until 1930 to be rediscovered! 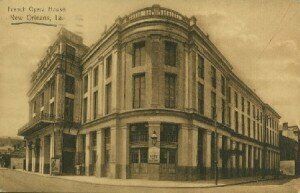 Jean-Baptiste-Louis’ son Ernest was born in New Orleans in 1837. He quickly absolved the city’s operatic atmosphere and by age fifteen had composed and produced a complete opera of his own. Ernest was sent to Paris to study with Marmontel and Halévy at the Conservatoire, and he became a classmate and good friend of George Bizet. He won a premier prix for piano in 1858 and the Prix de Rome for composition in 1859 with his cantata “’Bajazet et le joueur de flute.” This was the only instance in the history of the Prix de Rome for both father and son obtaining this prize. Ernest’s winning entry, as far as I can tell, has not survived. However, he is still remembered today for the recitatives he added to Carmen for the Vienna production of 1875, and for his colorful arrangement of the second suite from L’arlésienne. Ernest Guiraud did a good bit of composing on his own, and he became professor of harmony and composition at the Paris Conservatoire, counting Dukas and Debussy among his students.