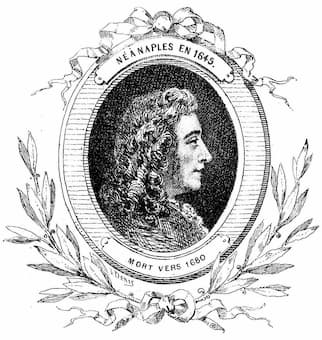 The life of Alessandro Stradella (1639-1682) was characterized by turbulence, adventure and amorous escapades. In fact, in 1677 an attempt was made to murder him for reasons unknown, although it was believed to be at the instigation of a Venetian senator with whose fiancée Stradella had eloped. That attempt on his life was unsuccessful, but there is documentary evidence that Stradella was indeed murdered in 1682. Now that’s what I call a story worthy of an opera libretto. At least seven composers have turned episodes from the 17th-century Italian composer’s colorful life into operatic form, with the best known composed by Friedrich von Flotow (1812-1883) to a German libretto by Friedrich Wilhelm Riese. 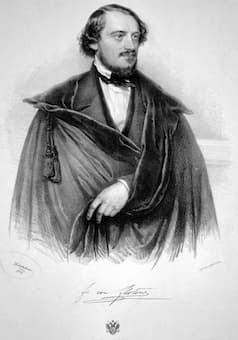 The romantic opera Alessandro Stradella was first performed in its full version on 30 December 1844 at the Stadttheater in Hamburg. The plot is a mild and essentially comic extract from the composer’s biography, and Act 1 is set in and around St Mark’s Square in Venice. Stradella (tenor) is discovered in a gondola with some of his music students as they sing first a hymn to Venice and then a serenade to his beloved Leonore (soprano). She appears on the balcony and warns him against her guardian, Bassi (bass), a rich Venetian who has incarcerated her and plans to marry her the next day against her will. Stradella arranges to flee with Leonore, and the pair take advantage of a tumultuous carnival procession to elope. While Bassi gets caught up among the masked revelers, Stradella and Leonore slip away in the gondola. 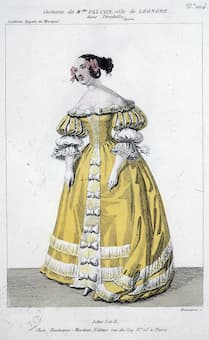 Act 2 is set near Rome, with Stradella and Leonore getting ready for the wedding. The bandit Malvolino (bass), engaged by Bassi to assassinate Stradella, is surprised to find that his associate, the bandit Barbarino (tenor), is there with the same mandate. Both introduce themselves as pilgrims, and Stradella sings a romance that so moves the bandits that they abandon their murderous plan. We find Stradella, Leonore and the bandits singing in praise of the beauty of Italy in Act 3. Bassi arrives to see whether his instructions have been carried out, and substantially increases his fee for the assassination. When Stradella rehearses a hymn to the Virgin Mary, the assassins are once again overwhelmed by the pious strains that they all kneel down and join in song. Leonore enters just as Stradella notices them kneeling with daggers drawn. Bassi makes an emotional confession and the bandits are forgiven by Stradella. 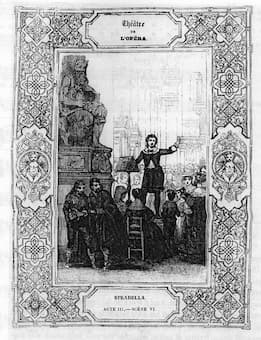 Flotow’s music is through composed and features no spoken dialogue. “Its romantic aspect lies not in its style or subject but rather in Flotow’s musical interpretation of the text. Notwithstanding the comic relief offered by Bassi and the two bandits, the opera, set against the background of a lyrically idealized Italy, is an apotheosis of the pious musician using his art to improve society.” For Louis Niedermeyer (1802-1861), Stradella (1837) was the composer’s first venture into Grand Opera. The leading roles were taken by two of the biggest stars at the Paris Opera, Adolphe Nourrit and Cornélie Falcon. 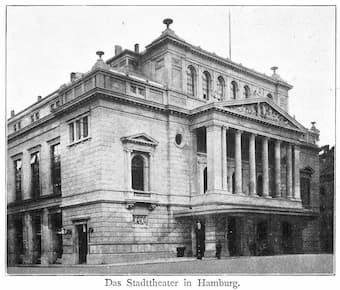 The storyline is adapted from the fanciful legend told by Pierre Bourdelot in his 1715 Histoire de la musique. Stradella shields Léonor, who is pursued by the Duke of Pesaro. Léonor is recaptured, but in Act II Stradella rescues her from the Duke by threatening him with a pistol. Act III takes place in Rome during Holy Week, where Stradella is to sing during the celebrations amongst the pilgrims. Léonor rejects an offer of marriage from the Duke, conveyed by Spadoni, who secures two assassins to murder Stradella. However, Stradella’s singings of the Marian hymn so moves them that they drop their daggers and flee. In Act IV, preparing for this marriage to Léonor, Stradella is captured by the Duke, and when the Duke becomes Doge of Venice in Act V, he sentences Stradella to be executed. However he is forced to relent by the pleas of Léonor and supporting characters. 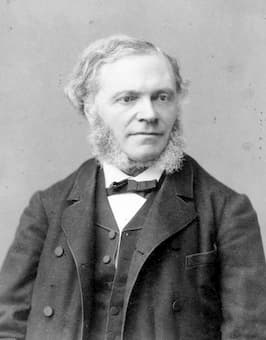 For his first foray into opera, César Franck (1822-1890) selected the same libretto as Niedermeyer, but omitted the last two acts. Franck was only 19 when he composed the score, and it was never orchestrated. The first performance only took place in the late 20th century. 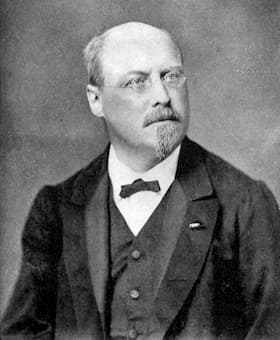 Joachim Raff (1822-1882) was successful in many of his chosen musical genres, but he had little luck with opera. He dabbled with high drama in his first two opera and comedy for the next pair before turning to a work on a modest scale with a domestic rather than epic drama. Concerning itself with relationships, love and loss, Benedetto Marcello “entertains the idea of love in artistic circles, and aims at the amalgamation of artistic productivity and the personal sensitivity behind it.” Raff had a life-long love of the music of the baroque, so he selected as his male protagonists two of the leading composers of the 18th century: the Venetian Benedetto Marcello (1686–1739), and the German Johann Adolph Hasse (1699–1783). 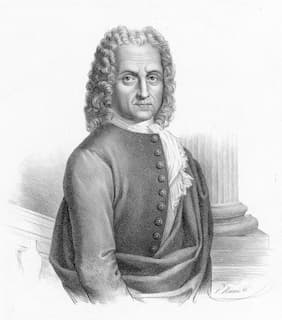 The plot is mostly fiction, but the four protagonists and their relationships are real enough. Marcello did eventually marry his student Rosana Scalfi in a secret ceremony in 1728, and he did give up composition to become governor of Pola. Hasse was actually in Italy in 1727 and Faustina Bordoni (1697–1781) did grow up under the protection of Marcello and his brother, but she was already a well-established international opera star before Hasse met her in Venice. They got married in 1730 and moved to Germany before retiring in Venice. 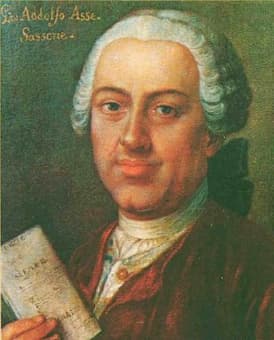 Raff penned the libretto himself, and Rosana loves her singing teacher Marcello, who in turn falls in love with Faustina. Faustina falls in love with Hasse, who also confesses his love for her. Their declaration of love is overheard by Marcello, who jealously challenges Hasse to a duel. Marcello is swiftly disarmed, and rejected by Faustina, decides to leave Venice and for a political career. Rosana is adamant that she will not abandon him, and when Hasse announces that he and Faustina are to marry and will leave for Germany, Marcello is finally made aware of Rosana’s love. All agree that events have turned out better than they had dared hope, and the two couples part happily.