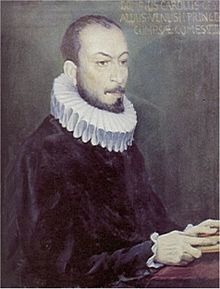 The third act of William Shakespeare’s tragic play “Othello” contains the ominous words “O, beware, my lord, of jealousy! It is the green-eyed monster which doth mock the meat it feeds on”. As we all know, Othello did not heed these words and unceremoniously kills his innocent wife Desdemona. Written in 1603 and set in the city of Venice, Shakespeare might easily have taken his inspiration from a contemporary scandal involving the Italian nobleman Carlo Gesualdo, Prince of Venosa and Count of Conza, who lived between 1566 and 1613. The Gesualdo family had acquired the principality of Venosa, then part of the Kingdom of Naples, in the middle of the 16th Century. Since Carlo was the second son, the running of the principality fell upon his older brother Luigi. As such, Carlo was free to indulge his passion for music. His musical talents were discovered at an early age, and he soon took lessons from Scipione Stella, Ascanio Mayone and Ettorre de la Marra. By his early teens he had become an accomplished lutenist, singer and virtuoso harpsichordist. With no official responsibilities and plenty of time on his hands, Carlo not only liberally tickled the keys, he also engaged in ample sexual experimentations involving both genders. However, with the unexpected death of his older brother in 1584, it suddenly fell upon him to administer the estate. Even more importantly, he had to produce an heir in order to prevent the estate from reverting to the Papacy. 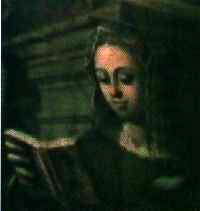 The blushing bride, purely chosen for procreation rather than love, was his cousin Donna Maria d’Avalos. Donna Maria was a radiantly beautiful and charming woman with a rather healthy sexual appetite. She was first married at the tender age of fifteen, and her first husband supposedly died from too much activity beneath the sheets. Her second husband also was unable to take the strain, and after fathering two children, died of a massive coronary. Donna Maria was approaching her thirtieth birthday when she married Carlo Gesualdo in 1586, and within a short period of time the requisite son, Don Emmanuele was produced. Having successfully done his duty, Carlo quickly ignored his wife’s needs and exclusively devoted his passion to making music. It is hardly surprising therefore, that Donna Maria would soon find herself in the arms of another man. Don Fabrizio Carafa, the Duke of Andira was married, father of four children, and his stamina was legendary. In order to assure privacy in the ducal Palazzo San Severo in Naples, the insatiable lovers had to bribe the servants. Nevertheless they managed to keep the affair private for almost two years, before Carlo’s uncle Don Giulio betrayed them. Don Giulio had also taken a fancy towards Donna Maria, but his advances had been rejected on numerous occasions. Once he found out that Donna Maria was actually having an affair with Don Fabrizio — instead of indulging his wishes — he furiously reported the indiscretion to Don Carlo. Don Fabrizio was aware of Don Giulio’s betrayal and urged Donna Maria to temporary suspend their passionate encounters, but she would not hear of it. In the meantime, Don Carlo laid a trap by announcing that he was departing on an overnight hunting exhibition, only to return in the early morning hours. Predictably, he discovered the lovers in the matrimonial bed and set upon them with his trusted sword. He sliced and diced until they both lay dead, and ordered their naked bodies exposed to the public. According to eyewitnesses, the entire city flocked to see the severely mutilated bodies lying in front of the palace the next day, and the murders were widely publicized. Even the famed poet Torquato Tasso felt compelled to versify the grizzly events. Although accounts of the aftermath vary widely — Don Carlo was also said to have doubted the paternity of his second son by Donna Maria and murdered the child by “swinging the infant around in his cradle until the breath left his body” — he was never prosecuted or brought to trial for his crimes. Nevertheless, these gruesome events triggered a manic depressive mental illness that artistically manifested itself in his compositions. His musical settings of “Moro, lasso, al mio duolo” and “Beltà, poi che t’assenti” from his 6th book of madrigals, are among his most chromatic and dissonant creations, yet simultaneously among the most expressive music composed during the Renaissance. Somewhat surprisingly, by 1594 Don Carlo was married again, this time to Eleonora d’Este of Ferrara. Please join me next time for another twisted tale involving Don Carlo, and also to find out if Eleonora managed to survive the murderous and insane rages of her husband.