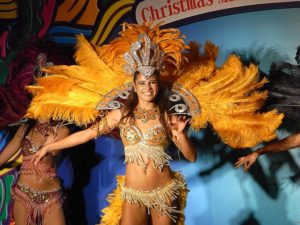 When Francis Poulenc described the musical scene in wartime Paris to musicologist André Schaeffner, he singled out two composers who took notice of modern trends. One was unsurprisingly Olivier Messiaen, who was forging ahead with a “synthetic modal techniques within tonality.” The other composer surprisingly mentioned by Poulenc was Jean Françaix. According to Poulenc, “Françaix had breathed a genuine Frenchness into neo-classicism, and at the beginning of the war had more serious and extended works to his credit.” Françaix certainly had his finger on the pulse of Paris when it came to the influence of American musical styles. American musical entertainment from both the North and the South, became a fixture in the Parisian musical landscape, and permitted a sense of entertainment and escape. The “Ragtime” became the rage of town, and inspired a whole host of social dances including the “Foxtrot.” Françaix, entirely in keeping with Poulenc’s assessment, had his own characteristic take on exotic dances from the South American region. 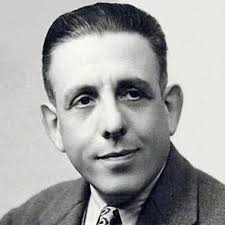 Composed for two pianos in 1957, the Huit Danses exotiques opens with a dance genre at home in the Dominican Republic. The “Pambiche” is a slower version of the standard “Merengue,” and it was originally known as “merengue estile yangui (yankee-style mernague” or “Palm Beach one step.” Supposedly it originated with US military personnel during the occupation of the Dominican Republic. Françaix makes full use of the highly syncopated nature of this dance and infuses it with spicy dynamic contrasts. Originating in Northeastern Brazil, the “Baião” emerged among Amerindian peoples before the 20th century. It subsequently incorporated various elements from indigenous traditions as well as African and European music. Its syncopated duple meter rhythm made it a sultry and popular dance in the late 19th century, and its popularity reached its peak in the 1940s and 50s. 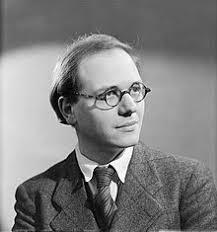 With his next exotic dance “Nube gris,” Françaix takes us into the world of Andean folk music. Traditional music of the Quechua people, this dance features the unmistakable rhythm of a waltz on steroids. Like a host of other dances, this music received the Inca touch in the early twentieth century. The “Merengue” is the national dance of the Dominican Republic, and to some extent, of Haiti as well. There are two popular version of how this dance came into being. One story alleges that the dance originated with slaves who were chained together, and thus forced to drag one leg as they cut sugar to the beat of drums. The other story tells of a great hero of one of the many revolutions. This hero was wounded in one leg, and when a party of villagers welcomed him home in victorious celebration, out of sympathy, everyone’s dancing felt obliged to limp and drag one foot. 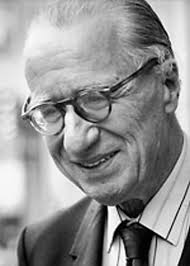 The “Mambo” is a Latin dance of Cuba, which developed in the 1940s, and the “Samba” is a well-known lively dance of Afro-Brazilian origin. The “Malambeando” takes us to Argentina, and combines the musical aspects of the “Mambo” and the “Tango.” It is full of vigor and virility, and there is evidence that it was already danced in 1600 as a stylized duel between gauchos. It is a unique individual dance for men, testing the strength of its dancers, and the stamina of the pianists in Françaix’s version. This delightful set concludes with a “Rock n’ Roll” that actually features some delicious jazz flavors. We can almost hear the trombones and saxophones of the big-band style in the opening section, while a gentle swing in the bass line unfolds in the central section. As Françaix famously wrote, “my music is jolly most of the time, and occasionally comical. But it always aims to give pleasure.