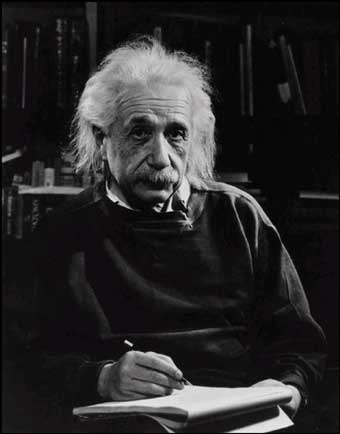 The German theoretical physicist Werner Heisenberg, who was awarded the Nobel Prize for Physics in 1925 for his work in quantum mechanics, suggested “The space in which a person developed as an intellectual/spiritual being has more dimensions than the space which he occupied physically.” In a personal sense, Heisenberg might reasonably have referenced his own personal development. In a cultural sense, however, we are hard pressed to ignore the connection of Heisenberg’s statement to the multidimensional phenomenon associated with his colleague Albert Einstein. His general theory of relativity revolutionized the field of physics, his work on the photoelectric effect won him the Nobel Prize in 1921, and his mass-energy equivalence formula “E=mc2” is almost universally recognized. Yet he also exists in banal advertisements and in the fantasies of people whose daily struggles with physics center on properly tying a shoelace. Interestingly, Einstein described himself as “a man, a good European, a Jew.” For some reason, however, he felt compelled to omit two obvious aspects of his persona; that of being a scientist and that of being a musician. As he famously stated, “If I had not been a scientist, I would have been a musician. Life without playing music is inconceivable for me. I live my daydreams in music. I see my life in terms of music; I get most joy in life out of music.” 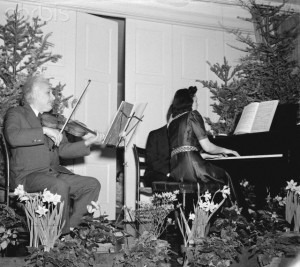 Like every other boy growing up in a cultured and educated German family of Jewish origins at the turn of the century, young Albert started formal musical instruction. By all accounts, his mother Pauline was a talented pianist, and Albert took up the violin. Apparently, it was not easy for him to come to terms with the rudimentary technical aspects of his instrument, and he once is supposed to have thrown a chair in frustration. However, his musical universe started to come into focus when he discovered the music of Wolfgang Amadeus Mozart at the age of 13. In particular, he was fascinated with Mozart’s violin sonatas, a love he retained throughout the years. According to Einstein, Mozart’s music “was so pure that it seemed to have been ever-present in the universe, waiting to be discovered by the master.” As Leon Botstein rightly observed, Einstein’s partiality for Mozart was a search for “a purity of genre set against more Romantic, eclectic or contemporary musical tendencies.” In that sense, Einstein was simply part of a popular stream of modernism that was found through a purifying form of conservatism. It was Einstein’s second wife Elsa that connected her husband’s love for Mozart with his work in physics. “As a little girl, I fell in love with Albert because he played Mozart so beautifully on the violin. Music helps him when he is thinking about his theories. He goes to his study, comes back, strikes a few chords on the piano, jots something down, returns to his study.” There has been ample speculation that Einstein’s love of music somehow contributed to his scientific genius. Einstein himself did not publicly support these rather simplistic parallels, but it is nevertheless attractive to think that both Mozart and Einstein succeeded in unraveling the complexity of the universe. Einstein also worshipped Bach, and once reprimand an editor with the words, “I have this to say about Bach’s works: listen, play, love, revere — and keep your trap shut.” For obvious personal reasons, Einstein could not muster the same level of admiration for Richard Wagner. “I admire Wagner’s inventiveness, but I see his lack of architectural structure as decadence. Moreover, to me his musical personality is indescribably offensive so that for the most part I can listen to him only with disgust. 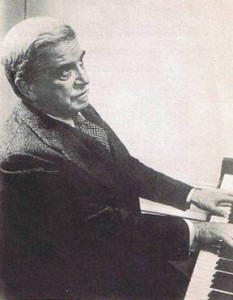 Once Einstein had established his renown as a physicist, he was frequently invited to perform at benefit concerts. Rather embarrassingly, a critic attending one such event, and unaware of Einstein’s real claim to fame wrote, “Herr Einstein plays excellently. However, his world-wide fame is undeserved.” Another critic sarcastically commented, “I suppose now Fritz Kreisler is going to start giving physics lectures.” Over the years, Einstein’s performing abilities have surely been exaggerated, but Leon Botstein reckons that his technical abilities ranked him as an accomplished amateur. This supposition is supported by Einstein’s friend Janos Plesch who wrote “There are many musicians with much better technique, but none, I believe, who ever played with more sincerity or deeper feeling.” It is also supported by a delightful little anecdote that exists in numerous delicious variations. In the 1920’s Einstein was invited to join a professional quartet during rehearsal. Apparently, he kept missing most of his entrances. The exasperated pianist, Artur Schnabel eventually turned to him and said: “For heaven’s sake, Albert, can’t you count?”