In the last article, I mentioned several composers from different Latin American countries. This article will introduce two important Mexican composers, Manuel Ponce and Carlos Chávez. They were both significant figures in Mexican music history. While Ponce was influential to the early nationalist movement in Mexico, Carlos Chávez was the most substantial and influential musician in post-revolutionary Mexico.


Manuel Ponce was a Mexican pianist, composer, and educator. He is known for his influential works for the guitar, in which they established the model of modern guitar repertoire. He was also considered the most important composer in the nationalist movement in Mexico. He had an extensive collection of guitar repertoire and over 400 works for piano and ensemble, orchestral suites, and concertos. 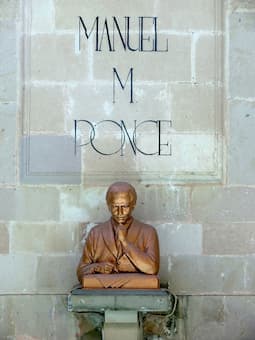 A child prodigy, Ponce could play by ear when he was only four years old. He started composing at a very young age. His early works are primarily Romantic salon music. In 1901, he began his formal study at the National Conservatory of Music in Mexico. In 1903, he took his first trip overseas and studied in Bologna and Germany, where he studied with Martin Krause, Liszt’s disciple. One of his most well-known work, Estrellita (Little Star) was written after his trip. Composed in 1912, it is part of 2 Canciones Mexicanas. The wishful melody of this work was later arranged for violin by Jascha Heifetz and became one of his most performed encore pieces. He even played the piece in the 1939 Archie Mayo musical film “They Shall Have Music”.

Balada Mexicana (1915) was another famous work written during this period. This work, written for piano and orchestra, is based on two contrasting Mexican folk songs, Me he de comer un durazno (I shall eat that peach) and Acuerdate de mi (Remember me). While the first song is energetic, the second song is romantic. Ponce later arranged it for voice and piano.


Ponce stayed in Havana, Cuba, from 1915 to 1917 to escape from the Mexican Revolution (1910-1920). There he absorbed the rich Cuban musical styles which influenced his subsequent compositions, including the sonata for cello and piano, which he began to write during that time. 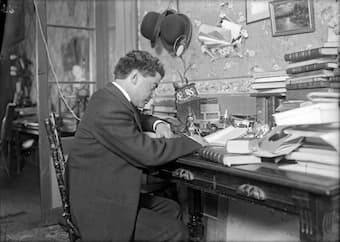 Had Ponce and Andrés Segovia not met in 1923, the entire guitar repertoire might be very different. Segovia, a virtuoso Spanish classical guitarist, asked Ponce to write music for him after their first meeting. In 1925, they reunited when Ponce studied with Paul Dukas in Paris.
Their collaborations involved Theme, Variations, and Fuga on Folias de España, Concierto del Sur for Guitar and Orchestra, and more. 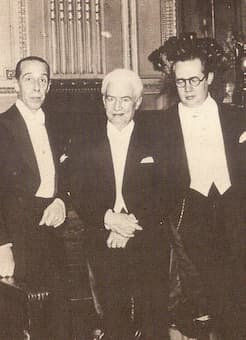 Ponce was not only a successful composer but also a successful educator and a musicologist. He taught piano and music history at the National Conservatory of Music. His students included Carlos Chávez (1899-1978), another influential Mexican composer who took piano lessons with Ponce at a young age. Ponce was also a prolific writer, and he published numerous works of music criticism and articles throughout his life. He founded a Spanish magazine, Gaceta musical, when he was studying in Paris in the 1920s. Theme, Variations, and Fughetta on a Theme by Antonio de Cabezón was composed in 1948, few months before he passed away. 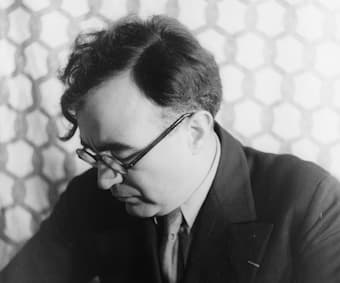 As mentioned in the opening of this article, Chávez was the most significant musician in post-revolutionary Mexico. A conductor, composer, lecturer, pianist, and journalist, Chávez grew up in a single-parent family. His father passed away when he was less than three years old. His brother, Manuel, was his first piano teacher, but later, he took lessons with Manuel Ponce and other professionals. He graduated from the National Conservatory of Music in Mexico.

Chávez’s composition displays his broad musical interest, including indigenous music, electronic and new style of music. His early compositions were written in a late romantic style and was mainly influenced by Robert Schumann.

Chávez began to express the nationalistic idea in his works following the end of the Mexican Revolution. The characteristics, such as the use of dissonant, primitive, and percussive writing styles, are found in his earliest ballet work El fuego Nuevo (The New Fire), written in 1921. This ballet was based on the Aztec subject and was commissioned by the Secretariat of Public Education of Mexico. El fuego Nuevo was also considered as Chávez’s first important work.


After the success of El fuego Nuevo, Chávez continued to explore and incorporate indigenous elements in his music. Sinfonia India is a single movement work, and it belongs to the second of his six symphonies. This work adapted three melodies from indigenous tribes of northern Mexico. It was written when Chávez was touring in the United States, and he conducted the work in its premiere with radio performance by the Columbia Broadcasting Orchestra in 1936.

Sinfonia India marked the most crucial work of Chávez and his nationalistic exploration. The Mexican elements were found more sporadically in his later works. In the 1930s, Chávez’s music became more experimental, including Soli I (1933). Soli includes four pieces, and each piece features solos on different instruments. Soli I was written for oboe, clarinet, bassoon, and trumpet. 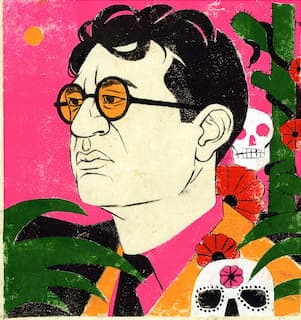 The Toccata for Percussion Instruments was one of the best-known works by Chávez. This 12-minute piece was written for John Cage’s West Coast tour in 1942. However, due to the difficulty of the work, the piece was not performed until 1948 by Chávez’s Orquesta Sinfónica de México. According to the composer, the Toccata was an exploration of the sound of orthodox percussion instruments. This attractive piece has three movements, and each movement illustrates different rhythmic patterns and colors.


Chávez’s contribution to Mexican music history is evident. As a conductor, Chávez conducted the most significant symphonies in America. He co-founded the National Symphony Orchestra (the former Mexican Symphony Orchestra). Chávez was also a prolific writer. He wrote over 500 articles for the Mexico City newspaper El Universal throughout his life. His book, Toward a New Music, is one of the first books about electronic music. His devotion to music also included his teaching positions at the National Conservatory of Music and Harvard University.

The music of Ponce and Chávez was significant and influential to the later development of music. Although they were associated with the nationalistic movement in Mexico, their unique styles had an impact on composers and musicians around the world.