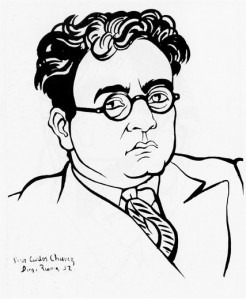 Two of the greatest of Mexico’s artists, composer and pianist Carlos Chávez and painter and muralist Diego Rivera created a ballet on an unlikely subject: Caballos de vapor (Horsepower, or H.P.). The subject however, was close to both artists’ hearts: It was an anti-imperialist ballet about the capitalistic exploitation of Latin America by the US and the resulting revolt of the workers and their triumph over the capitalist. 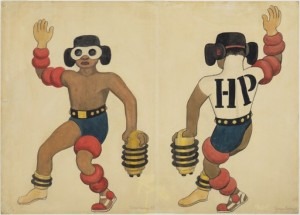 An album of the costume designs was created by Rivera and given to the Museum of Modern Art in New York by Mrs. John D. Rockefeller Jr.

Carlos Chávez started working on the music in 1926, presenting the 4th movement for small orchestra in New York at the International Composers Guild meeting. The conductor was Eugene Goosens. Writing backwards, Chávez next completed movement 2 and 3, and finished with movement 1 in 1929. The whole work was now rewritten for large orchestra. The full title of the work is Caballos de vapor, sinfonía de baile (Horse-Power: Ballet Symphony). The completed ballet was given its premiere in Philadelphia by the Philadelphia Grand Opera Company, with the Philadelphia Orchestra conducted by Leopold Stokowski on 31 March 1932. Stage direction was by Wilhelm von Wymetal, Jr., sets and costumes were by Diego Rivera, and choreography by Catherine Littlefield. 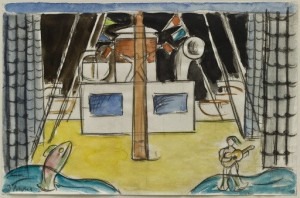 The out-of-town premiere still brought New York audiences, coming on a special train. New York attendees included Rivera and his wife, Frida Kahlo, and composers George Gershwin and Aaron Copland, the latter a friend of Chávez’ since his arrival in New York. Copland saw Chávez as a unique voice, like his own, that turned away from European music and looked toward the music of their native countries for inspiration. 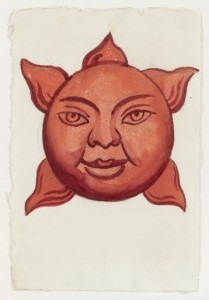 The story of H.P., called an ‘absurdist ballet’ is that of the industrial North (i.e., the US) confronting the exotic south (i.e., Mexico). There is no recording of the complete ballet symphony, but a three-movement suite was created by Chávez. The first movement, Danza del Hombre (Dance of the Man), introduces us to the ever-busy North. All is motion and action, yet the feeling is not exactly happy. Soon, however, the contrasting melodies of Mexico come in and with them, the interesting percussion sounds. 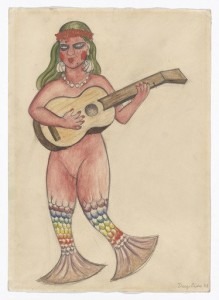 Chávez: Suite de Caballos de Vapor (Horse Power Suite) I. Danza del Hombre (Dance of the Man) (Simón Bolívar Symphony Orchestra of Venezuela, Eduardo Mata, cond.)
When we take the boat south, we hear the change in style from the uptight North to the happier South. 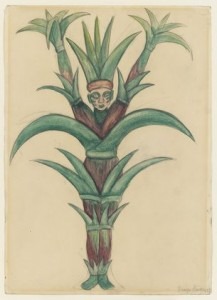 Chávez: Suite de Caballos de Vapor (Horse Power Suite) II.El Tropico (The Tropics) (Simón Bolívar Symphony Orchestra of Venezuela, Eduardo Mata, cond.)
One of the striking images from the ballet were the dancing fruit and fish, for which Rivera provided a wealth of costumes. 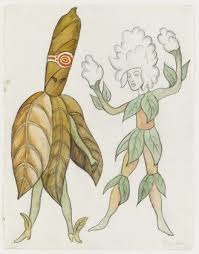 Despite the strong advance press and a sold-out premiere, reviews of the work were disappointing. Even Frida Kahlo had objections, writing later that ‘there was a crowd of insipid blonds pretending to be Indians from Tehuantepec and when they had to dance the zandunga they looked as if they had lead instead of blood.’ The music, however, remains strong and in the hands of Chávez, becomes a commentary on the battle between the contemporary music of his day and the folkloric elements that were becoming increasingly important to modern composers.