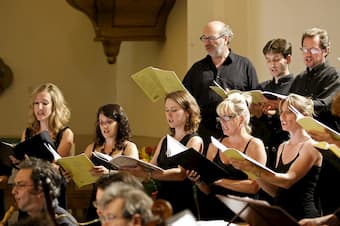 Music brings people together in a common cause © www.les-elements.fr

Looking at the history of music, it hasn’t always been the most democratic art form in the world. Religion and royalty held sway over music-making and music performance for a long time.

Joseph Haydn had his employer, Prince Esterhazy. Beethoven had royal patrons and Mozart’s employers and patrons included princes and a Holy Roman Emperor. And for a long time before them, music was the domain of the church. While the history of Western music is largely engrained in Greek antiquity, it was the church that saw music as their province.

Some things are different now, by that I mean better. But for me, there can be no true democracy without equality. Historically, the classical music field was not known as an equal opportunity employer. Democracy and music did not go hand in hand in the past.

Today, music and music-making are much more democratic. I get a real kick out of going to concerts and seeing performers from different ages and races. But I get more enjoyment when I see a balance between the sexes in orchestras and groups.

It’s obvious that music brings people together. My guess would be that there are more music groups in the world than any other form of group. In England alone, there are 200,000 people employed in the field of music as their primary job. The number of people in community and amateur groups is more than tenfold that number. 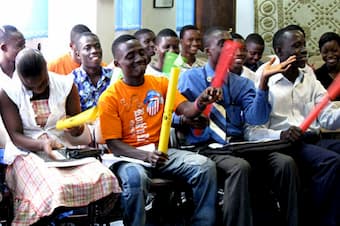 Music does more than just entertain us, and democracy and music share many similar values. Composers are free to write whatever they like in any way they choose today. Unlike past times where even some intervals were forbidden, composers have total freedom of expression and their music fosters unity between peoples.

It is no coincidence that the Ancient Greeks who founded democracy thought that music and democracy were an integral part of life. In some cases, music has even pushed forward and promoted democracy, such as jazz. The Jazz and Democracy Project teaches people that to play jazz, you have to be a democratic thinker who lets everyone in your group get their fair say. This project shows that written music, like a constitution, is a working and fluid document. Both have to be adapted and interpreted to suit the time you live in.

There is also no coincidence that music is used as a rallying call for democracies and political parties around the world. Music is constantly referenced by politicians to draw allusions to policies and political positions. Some politicians use music to express a general feeling of unity and coherence between their party members.

The 44th President of the United States, Barack Obama, was fond of singing and using music to show his ideals of a fair and free society. He also used music to simply connect with people.

Music is like a democracy. Both music and democracy are art forms. The trick to balancing these skills is to keep them moving, fluid, and to keep reinventing them for the times you live in. 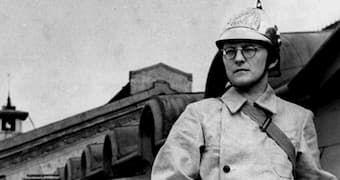 Dmitri Shostakovich composed his seventh symphony in Leningrad during the summer of 1941 while it was besieged by the Germans. © www.peoplesworld.org

Unfortunately, sometimes music is used politically to divide people. President Trump has had more cease and desist orders against him than any other president in history. Many musicians don’t want their music used to represent Trump or his ideals. There are so many groups and musicians who oppose Trump using their music that there is an actual Wikipedia page listing them all.

Composers have used their music to express their feelings around political situations, such as Shostakovich’s Symphony No. 7, “Leningrad”. Shostakovich composed his seventh symphony in Leningrad during the summer of 1941 while it was besieged by the Germans. It expresses the dramatic events around this battle and satires the German invasion.

Democracy and Music can be equals and articulate similar attitudes, ethics, and goals. While certain pieces of music can ignite the sparks of hatred among people, fortunately almost all classical music brings people together in a common cause, just like a good democracy should.