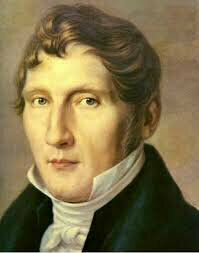 When Ludwig, or Louis Spohr (1784-1859) died at the age of 75, Johannes Brahms lamented that the last of the great masters had died. This seems high praise indeed for a composer whose posthumous neglect is shockingly at odds with the reputation he developed during his lifetime. A musical prodigy, Spohr was a fabulous violinist and prolific composer who crafted roughly 300 works across most genres current in his day. During his time in Vienna, Spohr became acquainted with the cloth merchant Johann Tost, who was a passionate lover of music. In his autobiography Spohr writes, “Herr von Tost wished that I would assign over to him for a proportionate pecuniary consideration, all that I might compose for a term of three years.” Tost would have the works performed as often as possible, and all manuscripts would be returned after three years to either be published or sold by the composer. Spohr liked the challenge set by his patron and provided a number of chamber works, with specific instrumentation decided upon by von Tost. This business arrangement included an Octet in E major, which features a delightful set of variations on the Handel “Harmonious Blacksmith” tune. 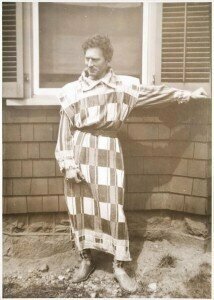 He was known by a number of strange personal habits, colorful prose, and some rather unusual music “possessing the supreme virtue of never being dull.” Percy Grainger (1882-1961) was widely acclaimed as one of the most gifted concert pianists of his generation who favored gaudy outfits of his own design and pushed his favorite piano stool around in a wheelbarrow. He even devised his own rating system for composers, and placed himself ninth of all time. In this rating he came in just below Delius, but above Mozart and Tchaikovsky. Grainger explored the frontiers of music with idiosyncratic folk song settings and in later years attempted to bypass the “absurd goose-steeping” of standard notation. In fact, he envisioned an embryonic synthesizer capable of generating scaleless, pulseless, and synthetic sound; something he termed “Free Music.” Written in 1911, Handel in the Strand originated under the title “Clog Dance.” According to Grainger, “my dear friend William Gair Rathbone (to whom the piece is dedicated) suggested the title “Handel in the Strand,” because the music seemed to reflect both Handel and English musical comedy…as if jovial old Handel were careering down the Strand to the strains of modern English popular music.

Percy Grainger: Handel in the Strand 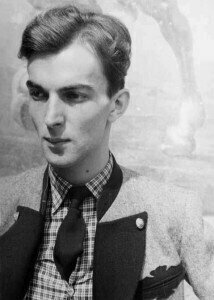 Igor Markevitch (1912-1983) already was a prodigy pianist at the tender age of 9! Studying with the great Alfred Cortot, he also became a composition student of Nadia Boulanger at age 14. He performed his own piano concerto at Covent Garden in London at age 16, and the following year Serge Diaghilev invited him to collaborate on a ballet with Boris Kochno. In fact, Diaghilev hailed Markevitch “as the composer who would put an end to a scandalous period of music of cynical-sentimental simplicity.” And in a personal letter Béla Bartók wrote, “you are the most striking personality in contemporary music, and I am happy to thank you for the influence you have had on me.” By the time Markevitch turned twenty, he was widely regarded as one of the greatest living composers. Supposedly, he was hailed as the “second Igor,” after Igor Stravinsky. Eventually Markevitch devoted the majority of his time to conducting, but in October 1941 he completed his last original work, the Variations, Fugue and Envoi on a Theme of Handel for piano. 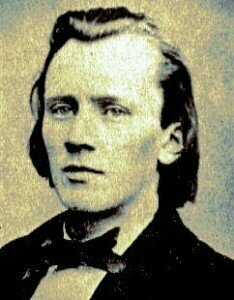 Sir Donald Francis Tovey considered the Brahms Handel Variations “one of the half-dozen greatest sets of variations ever written.” Completed in Hamburg in 1861 and dedicated to Clara Schumann on her birthday, this set stands on the summit of his solo keyboard compositions. What is more, however, it is also a compositional statement as it presents the summation of the composer’s extensive study of music theory and history. The choice of the Handel theme, the richness and scope of the piano technique and the “lavish display of contrapuntal learning in the concluding Fugue combine to present Brahms in the role of preserver and representative of tradition.” Brahms once played the set for Richard Wagner, who commented “that it showed what could still be done with the old forms by someone who knew how to use them.” The theme originates in Handel’s B-flat major harpsichord suite, and Brahms explores a veritable kaleidoscope of moods and characters all culminating in a decidedly un-Handelian fugue.