They all die at the end, those poor opera women. Madama Butterfly kills herself, Tosca dies off the parapet of the Castel Sant’Angelo, and Carmen has a face-off with her former soldier lover.

Those tables are starting to turn. In the land of #metoo and a general uprising in women’s refusals to be the victim, we have a new production of Carmen where the eponymous heroine is armed. In the upcoming production of Carmen in Florence, Carmen takes a pistol from the jealous Don José and shoots him, rather than suffering the fatal stabbing she’s had to undergo in the past 150 years.

This opens the mind to any number of alternative endings for opera. What can we suggest?

In Götterdamerung, Brunhilde shares the gold with the Rhine-maidens and all live happily every after. No more self-immolation in the flames for our heroine!

After Tosca arrives at the Castel Sant’Angelo, she makes sure that Scarpia has really loaded the firing squad’s guns with blanks, takes away Cavaradossi’s seemingly lifeless body, and goes back to her singing career.

As Pinkerton approaches the house, Madama Butterfly decides that she will keep her child, follows Goro’s advice and gets another husband, and, since she’s armed with the knife that her father committed suicide with, takes out the faithless Pinkerton instead. 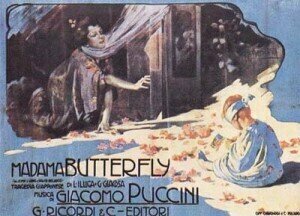 Lucia tears up the marriage contract upon the appearance of Edgardo and has a much better wedding night. The final aria, Il dolce suono, can remain, since it’s all about her happiness with her husband Edgardo. No more bloodied appearances in the middle of a party for her!

Imagine what other bloody dramas could be converted into something more rational. No more do our opera heroines have to suffer from the knives and stabs of their unfortunate relatives and lovers!