So you don’t have a dog or a cat, but a fish tank is the place where your animal companion resides. What kind of music do we have about fish? 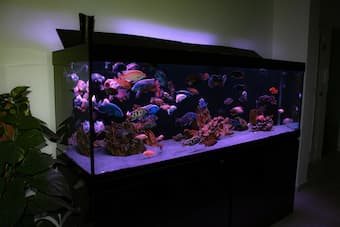 We’ll start with the tank itself, and Giancarlo Vulcano’s Music for Fish Tanks. American composer Giancarlo Vulcano is better known for his TV music such as for 30 Rock and the Unbreakable Kimmy Schmidt. In 2015, he worked with Eric Mingus to recreate The Who’s Tommy as a jazz opera. In Music for Fish Tanks, he looks at a small, limited world, performed by a multi-tracked clarinetist. The multi-tracking enables the lines to drift past each other, with the occasional bubble.


Catalan composer Ricard Lamote de Grignon (1899-1962) created his own fish world, imagining them in a convent for fishes. The work is very impressionistic, even if written in 1945, calling up Debussy and even Richard Strauss as its influences.

In a short, 30-second song, composer Vernon Duke (1903-1969), better known for his music for the state, was a long-time collaborator of poet Ogden Nash. Nash’s Musical Zoo was described by its author as a ‘quasi-children’s book.’ Unsuccessful as a book, the author commenting that ‘perhaps because children are smart and have little use for anything “quasi”’, it’s come to life again as a song set by Vernon Duke. 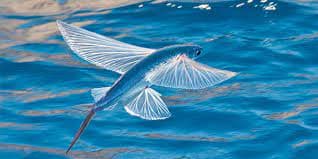 Australian composer Nigel Westlake (b. 1958) was commissioned by the Australian guitar quintet Saffire to compose a work for guitar quintet and he created a set of contrasting fantasies, inspired by creatures of the sea. One of the sea creatures he captures was the flying fish, which the composer often observed along the east coast of Australia. The composer specified a few performing points: metal strings on the guitars and a 12-string guitar to be used along with a dobro guitar with a sliding bottleneck, creating a clear unique sound.


In his many settings of the poetry of W.H. Auden, Benjamin Britten (1913-1976) took a poem from the collection Look Stranger! (later entitled On This Island) (1936). The book is dedicated to Erika Mann, daughter of Thomas Mann, who he married to save her from Nazi persecution. The poem is a mediation on the brevity of life and how, for animals, they do not suffer the emotional traumas humans go through, and envy the animals for their happier, albeit brief lives. 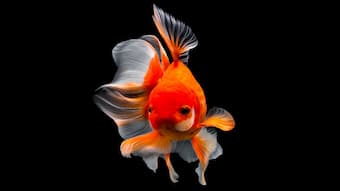 Lord Berners (1883-1950) wrote a piano work about goldfish, Le poisson d’or of 1915, was an interpretation of his own poem of the same name. The work was dedicated to Igor Stravinsky, and is about a fish who lies in his bowl, dreaming of having a companion fish, only to have his meditation ruined by an invasive bread crumb.


Silas Bassa paints us a picture of a cat and a goldfish in Le chat et le poisson rouge.


What kind of fish to you like? Colourful? Dangerous with biting teeth? Or do just like watching them, suspended in water, off in their own world?