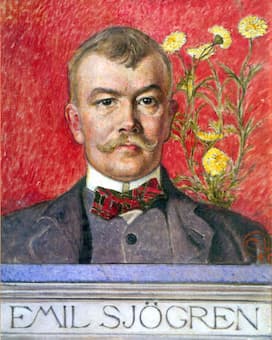 If you’re not a cat person, perhaps dogs are your home animal of choice. Known for their love and faithfulness to their owners, dogs are also work animals for some people. In this survey of dog music, where does your animal companion fit in?

Swedish composer Emil Sjögren (1853-1918) is, perhaps, better known in his home country than elsewhere perhaps because he didn’t really have a public life as a composer – he worked best in his private family circle. His piano portrait of his little dog Donnie presents a loving romantic view of his friend. 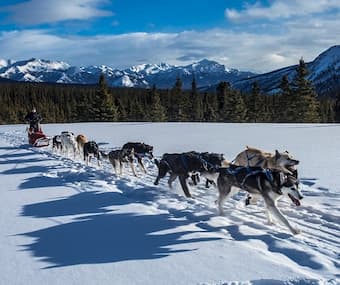 Canadian composer Alexina Louie (b. 1949) was asked to write a work for Kent Nagano and the Montreal Symphony Orchestra that would feature Inuit throat singers. She faced a problem in that the aural and non-written tradition of the Inuit performers would have to fit in with the completely annotated tradition of an orchestra. In the Inuit tradition, throat singing is performed by two women in competition, facing each other. They toss back and forth a ‘short rhythmic cell’ and the one who stops first loses the game. In the last movement of Take the Dog Sled, the wind and brass players not only play their own instruments but also blow into pitched glass bottles, evoking the wind across the snow, the emptiness of the snow world, or anything else of your imagination.

Inspired less by a real dog than by the band Led Zeppelin’s song Black Dog, which was itself named for a nameless Black Lab that was wandering around their recording studio at Headley Grange, Scott McAllister’s Black Dog uses the clarinet as its focus. For Scott McAllister, the clarinet soloist must be not only virtuosic but also pyrotechnic in delivery. This probably isn’t a Black Dog that you’d like to meet on a dark night. 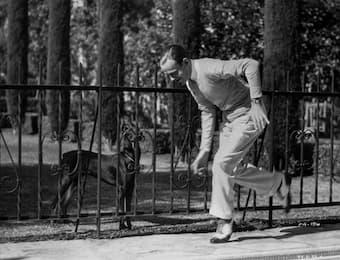 Fred Astaire and a dog

Written for the 1937 film Shall We Dance, Promenade, or “Walking the Dog” sets the scene on an ocean liner where ballet dancer Fred Astaire wants to meet tap dancer Ginger Rogers – each evening, back and forth, she walks her little dog, and he tries to impress her with the number of dogs that he walks. The music is perfect for an evening perambulation. 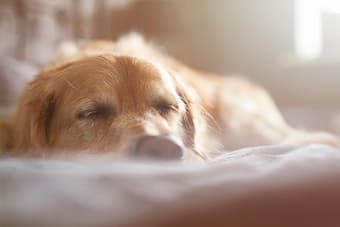 Composer Bernd Richard Deutsch was commissioned by the ensemble die reihe for a work and in Mad Dog, he imagined 24 hours in the life of a dog, beginning at noon, where the dog ‘pushes, pulls, runs, jumps, sniffs, pants, barks, howls, growls, yaps, drinks,’ continues through the evening where the dog dreams, and concludes the following morning when it’s full of anger and conflict. The second movement dream section, Sognando, begins quietly and then gets caught up in reliving the action of the day. The composer comments that it’s all a ‘…zoomorphic play: Man likes to humanize the dog. Or is it rather the dog who “dogisizes” the man?’ 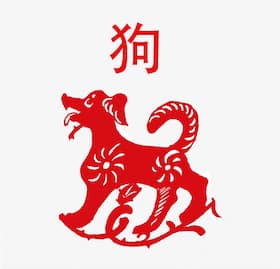 The dog is, of course, the 11th animal of the 12-animal Chinese zodiac (the cat does not feature in the zodiac except in Vietnam, where it replaces the rabbit). In Chiayu Hsu’s zodiac cycle, 12 Signs, movement no. 11, Dog, is pictured as rash and impulsive, qualities it shares with the Tiger and the Horse.


Also in a Chinese line is Bright Sheng’s Concerto for Orchestra, Zodiac Tales. He doesn’t use the 12 animals of the modern zodiac but rather, delves into the legends of the animals. In the 5th movement of the concerto, Sheng looks at the memorial to a dog who saved Emperor Liu Bang’s army by sacrificing himself to put out a fire set by the enemy. The work is built on the passacaglia of a Buddhist chant.


We can finish with a much more modern dog – the hound dog of early rock and roll. The song was written by Jerry Leiber and Mike Stoller and found its first fame in the first recording by Big Mama Thornton in 1952. It was the 1956 recording by Elvis Presley, though, that brought that song to the people, selling 10 million copies globally, while the Thornton recording sold over half a million copies. In the hands of arranger Peter Breiner, we can experience this well-known melody as a Baroque invention.


No matter what kind of dog you have, mythical, lying, rash, impulsive, or a vehicle for love, there’s some dog music for you.