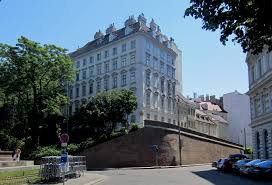 Did you know that during his time in Vienna, Ludwig van Beethoven lived in 36 different houses or apartments? We all know that Beethoven was a rather restless soul, but on average, he moved living quarters more than once a year! Much of this apparent restlessness comes down to the fact that Beethoven was not an easy tenant. A good number of rental contracts were terminated or simply not renewed, and Beethoven was forced to once again pack up his belongings and musical instruments and look for new quarters. It’s surprising that between all this moving around and his sometimes-busy performance schedule, he still found time to compose. But compose he did, and each living quarter saw the creation of undisputed masterworks. So we decided to start a little series connecting specific housing locations with specific works. And the best place to get started is Beethoven’s favorite apartment, which he rented from the Baron Johann Pasqualati in the autumn of 1804. 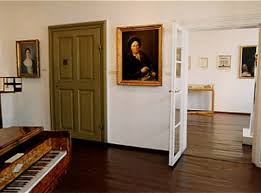 Baron Pasqualati inherited a four-story house on the Mölkerbastei, overlooking the old wall of the city that afforded views to the Vienna Woods. Beethoven’s apartment was located on the fourth floor and consisted of two rooms with fine views. Beethoven, without seeking permission from Pasqualati and much to the annoyance of the building’s other tenants, installed a large window on the east wall so he could also see the Prater gardens. When Pasqualati complained, Beethoven told him “he should be grateful to him for improving the apartment!” Apparently, Beethoven took great delight in inviting the hugely overweight violinist Ignaz Schuppanzigh to climb the four flights of very steep stairs leading to his home. Beethoven rented the apartment from autumn 1804 to spring 1815, with two breaks from autumn 1808 to the end of 1810, and from February to June 1814. The exceptional longevity of his stay also means that many of his most important works were written within its four walls. These include Symphonies Nr. 4, 5, and 7, Fidelio, the Fourth Piano Concerto, Violin Concerto, and the String Quartets Op. 50 and Op. 95. Fortunately, the apartment has been preserved and is a Beethoven museum today. If you are in Vienna, make sure you visit the “Pasqualatihaus,” but please be aware that the house still does not have an elevator!