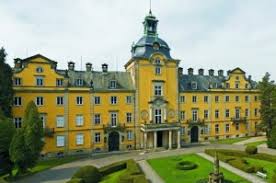 Christoph Friedrich Bach was only 17 when he was unexpectedly offered the position of harpsichordist at the Court of Schaumburg-Lippe in Bückeburg. He hadn’t yet finished his musical or general education, and it took the permission of his father to take on the job with Count Wilhelm. Christoph Friedrich, like all other members of his extended family, had been busily assisting his father with copying music related to church services at St. Thomas and St. Nikolai. In Bückeburg, he was immediately confronted with an entirely new artistic environment. As the Count was a great admirer of Italian culture he employed two Italian composers, Giovanni Battista Serini who had studied under the Venetian opera composer Baldassare Galuppi, and the concertmaster Angelo Colonna. They supplied the courtly ensemble with up-to-date compositions and instructed the other musicians, including young Christoph Friedrich in the latest styles of Italian secular music. And the “Bückeburg Bach” had to pay due respect to the tastes of his master, as a cousin reports, “The Count only had a taste for things Italian; the admirable Bach, could do little about it.” 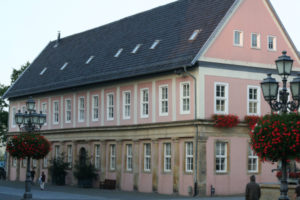 On 8 January 1755, five years after he came to Bückeburg, Christoph Friedrich married a twenty-three-year-old court singer named Lucia Elisabeth Münchausen. She was the daughter of the court organist Ludolf Münchhausen, who had initially been assigned to oversee young Christoph Friedrich’s career. She was also a singing student of Serini, and apparently had a fine and steady voice. Various solo and choral parts in her husband’s cantatas and oratorios may have been written with her voice in mind. She contributed a salary of 100 Thalers to the household, and Christoph Friedrich added his 200. As a wedding present the overjoyed Count Wilhelm gave the couple a fine garden near Minden Gate. When war broke out in 1756, the Bückeburg court suffered greatly, and the two Italian composers, unaccustomed to reduced luxuries, quickly departed. The newlyweds took refuge with the court in a country estate, with Christoph Friedrich declared de facto Konzertmeister-Kapellmeister. And in 1759, his only son, Wilhelm Friedrich Ernst, who had taking his name from his godfather Count Wilhelm, was born. Bach wasn’t shy and approached Count Wilhelm reasoning that 300 Thalers were not much money for a growing family. The Count agreed and quickly doubled his salary. 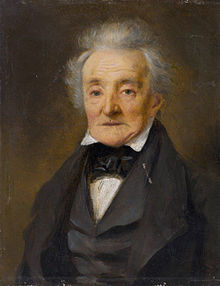 By 1772 the couple had had eight children, although only three daughters and one son survived infancy. They included Anna Philippina Friederike (1755–1804), whose direct descendants still survive to this day, and Wilhelm Friedrich Ernst (1759–1845), the only one of Johann Sebastian Bach’s grandsons to choose a career in music. His uncles Carl Philipp Emanuel and Johann Christian Bach musically educated Ernst Bach, and he remained in England until 1784. He held positions as Kapellmeister of Minden and Berlin, and served as court harpsichordist to Queen Luise. Eventually the Prussian King Friedrich Wilhelm III granted him a pension that allowed him to comfortably retire. Ernst Bach was married twice, and he had two daughters by his first wife and a son by his second. When his son died in infancy, however, it sadly extinguished the long line of musical Bachs. When the monument to J.S. Bach was unveiled in Leipzig on 23 April 1843, Ernst Bach met Robert Schumann, who described him as “a very agile old gentleman with snow-white hair and expressive features.” When he was asked why he had not composed more music in his lifetime, Ernst Bach supposedly replied, “Heredity can tend to run out of ideas.” 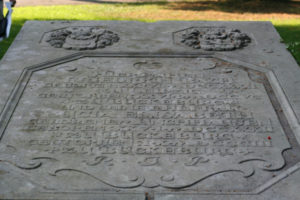 Christoph Friedrich Bach and Lucia Elisabeth Münchausen apparently led a quiet and harmonious life. There were no scandals, no extramarital dalliances, and no children out of wedlock; just a professional couple trying to make a living. Christoph Friedrich had a good-natured and agreeable disposition, which is nicely described by a contemporary musician. “It is the modesty and warmth that is the hallmark of Friedrich Bach’s music. He was not an innovator; the spirits of Sebastian and Emanuel, and later of Christian and Joseph Haydn hover over his compositions. There is also an almost naïve simplicity. Though he was a demon performer, by all accounts it is clear that he meant much of what he wrote for amateur performers and not too sophisticated listeners.” And his friend Karl Gottlieb Horstig, superintendent at Bückeburg described him as “always ready to be of service… of upright character and kindness of heart.” Unaccustomed to competition, the intense rivalry with Franz Christoph Neubauer during the final years of his life undoubtedly hastened his death and Christoph Friedrich was buried at Jetenburg Cemetery in Bückeburg in 1795. Lucia Elisabeth outlived her husband by eight years, passing away in 1803.