Beethoven at the piano

Introducing new and unknown pieces of music to a wider public audience is always a special occasion. Ludwig van Beethoven scheduled such a concert full of premieres at the Theater an der Wien on 22 December 1808. Of course, Beethoven was clearly insane! For one, there was the premiere of his Symphony No. 5 and his Symphony No. 6. Also featured on the program were the premiere of his Choral Fantasy, and the Vienna premieres of three movements from the C-major Mass and the concert scena “Ah, Perfido.” 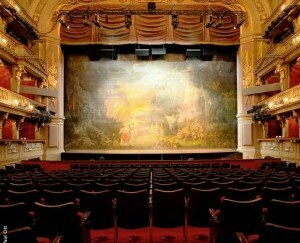 And not to be outdone, Beethoven scheduled an extended solo keyboard improvisation. But not enough, this marathon event also saw the premiere of Beethoven’s 4th piano concerto! The overall concert, which has gone into the annals as one of the most extraordinary events in all of music history, lasted more than 4 hours, with the audience patiently sitting in an unheated concert hall in the dead of winter. 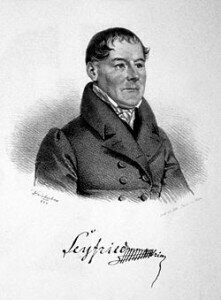 The composer Louis Spohr recounted an anecdote told to him by Ignaz Xaver Seyfried, music director at that venue at that time. “Beethoven was playing a new Pianoforte-Concerto of his, but forgot at the first tutti that he was a solo player, and springing up, began to direct in his usual way. At the first sforzando he threw out his arms so wide asunder, that he knocked both the lights off the piano upon the ground. The audience laughed, and Beethoven was so incensed that he made the orchestra cease playing, and begin anew. Fearing a repetition of the accident, two boys of the chorus placed themselves on either side of Beethoven, holding the lights. One of the boys innocently approached nearer, and when the fatal sforzando came, he received from Beethoven’s right hand a blow on the mouth, and the poor boy let fall the light in terror… If the public were unable to restrain their laughter before, they could now much less, and broke out into a regular bacchanalian roar. Beethoven got into such a rage that at the first chords of the solo, he broke a dozen strings.” Sufficient to say, the new piano concerto made an especially weak impression, and it also marked the last time Beethoven appeared as a soloist with an orchestra in public.