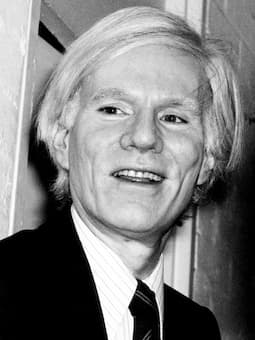 Born Andrew Warhola on 6 August 1928 in Pittsburgh, Andy Warhol (1928-1987) was a leading figure in the visual art movement known as pop art. This exciting artistic movement challenged the traditions of fine art by including imagery from popular and mass culture, including advertising, comic book and mass-produced objects. Like his contemporaries Roy Lichtenstein and Robert Rauschenberg, Warhol responded to mass-media culture of the 1960s, and his silkscreen of cultural and consumer icons—including Marilyn Monroe, Elizabeth Taylor, Campbell’s Soup Cans, and Brillo Boxes—would make him one of the most famous artists of his generation. 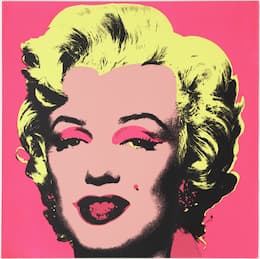 “The best thing about a picture is that it never changes, even when the people in it do,” he once explained. Creating some of the most recognizable images ever produced, Warhol challenged the idealist visions and personal emotions conveyed by abstraction. “His artistic risks and constant experimentation with subjects and media made him a pioneer in almost all forms of visual art.” His unconventional sense of style and his celebrity entourage helped him to reach mega-star status to which he clearly aspired. 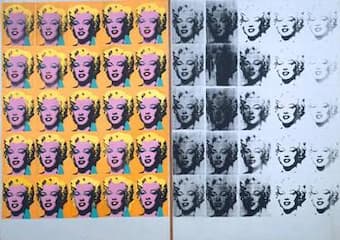 The third child born to Czechoslovakian parents in a working class neighborhood of Pittsburgh, Andew was affected by a nervous disorder causing involuntary movement of the extremities. Forced to spend long periods in bed, he listened to the radio and collected pictures of movie stars. According to Warhol, “it was this exposure to current events at a young age that shaped his obsession with pop culture and celebrities.” 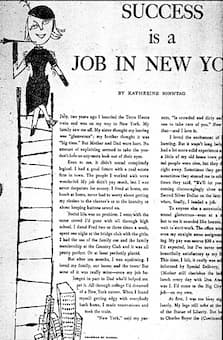 After graduating from high school Warhol attended Carnegie Institute of Technology, receiving formal training in pictorial design. In 1949, Warhol moved to New York City and worked as a commercial illustrator. Illustrating for Glamour magazine, he produced his first project titled “Success is a Job in New York,” and he subsequently worked for Vogue, Harper’s Bazaar and The New Yorker. By the early 1950s, Andy shortened his name from Warhola to Warhol and produced his first solo show at the Hugo Gallery in New York. His experience in commercial art “combined with his immersion in American popular culture, influencing his most notable work.” 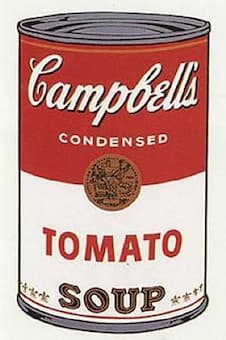 Warhol began to use advertisements and comic strips in his paintings, and he engaged with his most notable style, photographic silkscreen printing. This process made it easy to reproduce images appropriated from popular culture, and he began a series of celebrity portraits featuring Marilyn Monroe, Elvis Presley, Elizabeth Taylor, and others. Warhol also produced his series of Campbell’s Soup Cans in 1962 and “exhibited them the same year in his first solo pop art exhibition at Ferus Gallery in Los Angeles.” In 1964, Warhol moved into a loft studio in Midtown Manhattan. 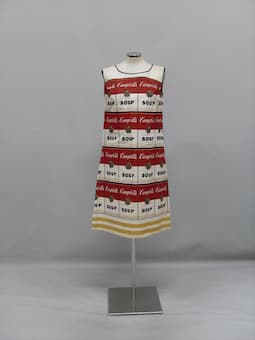 The space was decorated with silver paint and aluminum foil, and it became known as the Sliver Factory. The Factory became a creative hub for parties and experimentation, everything from drug use, orgies, music and art. Highly popular, it attracted a large crowd of artists and celebrities, and the musician John Cale explained in 2002, “It wasn’t called the Factory for nothing. It was where the assembly line for the silkscreens happened. While one person was making a silkscreen, somebody else would be filming a screen test. Every day something new.” Distinguished intellectuals mingled with drag queens, playwrights, and Hollywood celebrities referred to as the “Warhol Superstars,” all looking for the famous “15 minutes of fame.” 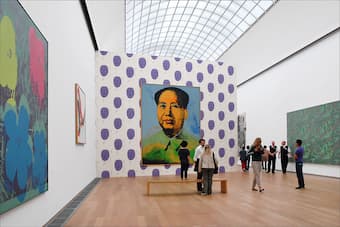 Between 1963 and 1976, Warhol created nearly 600 films and developed a project called “The Exploding Plastic Inevitable.” It was a multi-media production combing the Underground rock band “The Velvet” with projections of film, light and dance. When the radical feminist Valerie Solanas attempted to assassinate Warhol in 1968, he distanced himself from the Factory scene and “sought out companionship in New York high society.” Critics saw “Warhol as prostituting his artistic talent, and viewed this later period as one of decline. However, Warhol saw financial success as an important goal. At this point, he had made the successful shift from commercial artist to business artist.”

Warhol did return to painting in the late 1970s and 80s and regained much of his critical notoriety. His version of Leonardo da Vinci’s Last Supper, melding the sacred and irreverent by juxtaposing enlarged logos of brands against images of Christ and his Apostles, is particularly striking. Warhol died at the age of 58, on 22 February 1987. One of the most influential artists of the second half of the 20th century, he created some of the most iconic and controversial images ever produced. As he famously said, “Art is anything you can get away with.”