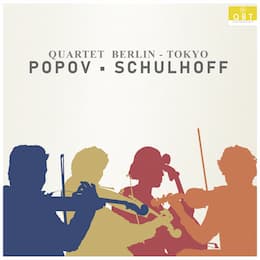 The Quartet Berlin-Tokyo has issued a new CD with works by the Czech composer Erwin Schulhoff (1894-1942) and the Soviet composer Gavriil Popov (1904-1972). Each composer struck the genre with their own idiosyncratic ideas about music and the result are two new contributions to the string quartet repertoire.

Erwin Schulhoff started his studies at the Prague Conservatory before going on to study in Vienna, Leipzig, and Cologne. He studied with Claude Debussy, Max Reger and others. At Cologne, he won the Mendelssohn Prize in 1913 and 1918, first for piano and then 5 years later for composition. 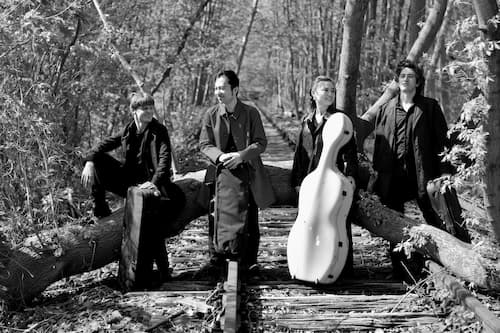 After serving in WWI, he returned to Prague in 1923. He was one of the first adopters of jazz rhythms in his music and also followed the Dadaism as an influence. He organized concerts of avant-garde music and toured Germany, France and England performing current classical compositions, his own music, and jazz.

His work, Five Pieces for String Quartet, written in 1923, reflects his own love of dancing in its five dance movements: The Viennese Waltz, the Serenade, Czech folk music, Tango, and Tarantella. The work is dedicated to Darius Milhaud. While the work might be viewed as an update of the Baroque dance suite, in actuality, it’s more like the work coming out of the Second Viennese School. 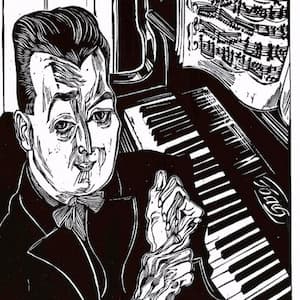 The first movement is a waltz but not as we know it. It has the lilting swinging melody… but it’s not written in triple time. This is the waltz in the hands of the Dadaists.

The fourth movement Tango becomes a slinky, slithery look at the dance craze that was sweeping the world. 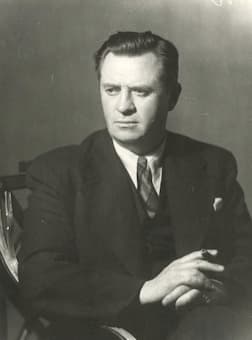 The next work on the album, the Quartet-Symphony by Gaviil Popov, is here receiving its world premiere recording. His sole string quartet, the work was written in 1951 as String Quartet in C major, Op. 61.

Popov, whose rise was greatly anticipated and whose first symphony was expected to be a ‘first great monument of communist musical art,’ found his work rejected and banned after its premiere in 1935. This served as an object lesson for his friend Dmitri Shostakovich, who cancelled the premiere of his own fourth symphony, frightened at its possible reception. The Quartet Symphony was written just after the competition of Popov’s Fourth Symphony. The work is not only modern, but as its commentator says, ‘ultramodern’, he goes on to say it ‘united the heroic with intimate lyricism’ and creates ‘an unprecedented magical synthesis.’ By its nature, it’s purely Russian, but a futuristic Russia, free of the heavy-handed Soviet reaction that music must serve the state, which wasn’t to come for many more years. 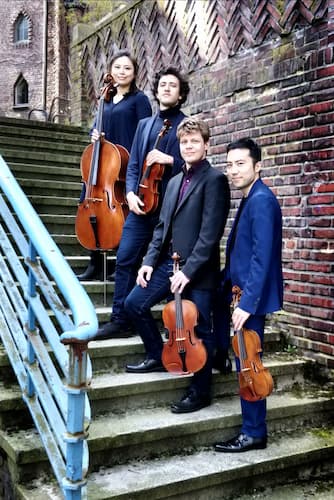 Placing these two works in juxtaposition is an interesting way of showing the dynamics of the string quartet in the 20th century. Although we tend to regard the string quartet within the lines of Haydn and the other classicist, we are always reminded of what the 20th century could do with the basic form. Schulhoff went on to write two more string quartets, in 1924 and 1925, but this was Popov’s only work in the genre. Schulhoff’s parody of dances, placed in one of the most formulaic of chamber genres, opens your eyes to the true flexibility of the string quartet. Popov’s great work returns us to the genre’s nobility, in a work that shouldn’t be forgotten again.

These works are performed by the Quartet Berlin-Tokyo, founded in Berlin in 2011 with members Tsuyoshi Moriya and Dimitri Pavlov on violin, Gregor Hrabar on viola, and Ruiko Matsumoto on cello. Their name came from the renowned composer Toshio Hosokawa. Their international career has taken them to quartet competitions around the world and the concert halls of Europe and Japan. Since 2014, the Quartet has been in residence at the Fukinoto Concert Hall of Rokkatei in Sapporo, Japan, where they have recorded the complete quartets of Béla Bartók and Haydn’s complete op. 76.