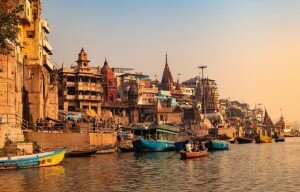 It has been said that there is no better way to celebrate your nuptials than going to an exotic honeymoon destination with your spouse and making it a magical and memorable event. I suppose, that’s exactly what Albert Roussel and his wife Blanche Preisach had in mind when they departed for India on 22 September 1909. After disembarking at Bombay, the newlyweds toured the country Roussel had often visited as a naval officer. Roussel had been admitted into the naval academy in 1887 and he had traveled the world for the better part of seven years before resigning his commission and concentrating on his musical career. In a letter dated 29 October 1909 he describes his musical impressions. “I just traveled through Hindustan from Bombay to Calcutta and everything I saw impressed me profoundly. From the musical point of view, however, I haven’t heard anything up until this moment that is really curious. The Hindu music that I have heard, stripped of harmony and very different from Javanese or Japanese music, consisted uniquely of several folk songs in our ordinary tonalities. Maybe there is something else that I haven’t yet encountered?” 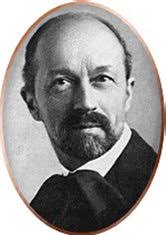 Albert Roussel: Évocations, Op. 15, “Les dieux dans l’ombre des caverns”
It seems rather surprising that Roussel didn’t find anything interesting in the music he heard. Various scholars have suggested that Roussel might have been unable to hear quality classical music of India, “as what was usually played for foreigners consists of modern ditties, sung by ill-instructed, screaming, dancing women at crowded native durbars, marriages, and other ceremonials.” Roussel kept an extensive diary and musical sketchbook during his honeymoon. While the diary is primarily concerned with visual and cultural impressions, the 45-page sketchbook is devoted to musical ideas. However, the musical sketches completely lack the complex melodic and rhythmic structures, ornaments and microtones characteristic of the ragas and talas of Indian classical music. For one, he simply might have been unable to properly write down the minute timbral and pitch variations, but it is more likely that he was not particularly interested in fashioning transcriptions of the music he heard in India. Rather, he was seemingly working on a composition that would eventually develop into the Évocations for three solo voices, chorus, and orchestra. 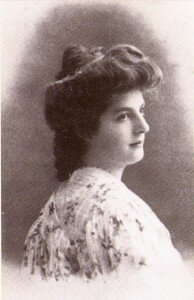 Roussel conceived the work for a Western ensemble, and upon his return to France in 1910 he communicated to a critic, “this will not be Far-Eastern music, but simply the sensations I felt over there translated into our ordinary musical language.” Roussel always agreed that his Évocations were inspired by India, but that the geographical specifics should remain vague. He writes, “If I haven’t specified these places in the titles, it’s because I don’t want to impose any kind of limitation on the musical expression. However, if one absolutely must discover some bit of local color, I can point to a theme in “The Pink City” that was suggested to me by a scene I saw, the entry of the rajah into his palace, and in the third Evocation, the reminiscence of a melody that I heard sung on the banks of the Ganges by a young enlightened fakir.” Roussel’s Évocations embody a new kind of musical Orientalism, in which the male voice is representing the exotic other. And his attempt to “provoke in the listener a response that, if it is not identical, at least answers in some why the call of the composer,” clarifies that his focus was India and not its musical exoticism. However you look at it, it certainly turned out to be a memorable honeymoon!