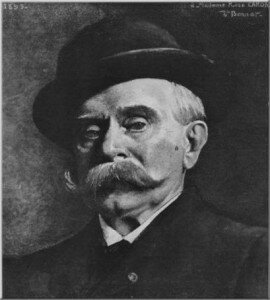 In the preface of his 1829 collection of poems entitled “Les Orientales” Victor Hugo wrote, “in the age of Louis XIV one was a Hellenist, nowadays one has to be an orientalist.” French intelligentsia in the 19th century was clearly enamored with the Orient, and writers like Gérard de Nerval, Théophile Gautier and Gustave Flaubert sensuously paid homage, as did the painters Eugène Delacroix, Ingres and Regnault. 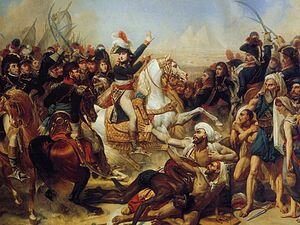 Battle of the Pyramids by Baron Antoine-Jean Gros

Much of that interest had originated from the French military campaign in Egypt and Syria under Napoleon Bonaparte. This foray into the Ottoman territories, under the pretense of defending French trade interests, eventually ended in defeat. However, Napoleon had brought with him a group of 167 scientists and scholars, all members of the “Commission des Sciences et des Arts.” The expedition included a geologist, a mathematician, a chemist, a physicist, a botanist, an engineer, and a naturalist. Eventually they established the “Egyptian Institute,” a facility including laboratories, libraries, and a printing press. Most significantly, the expedition discovered the “Rosetta Stone”, which made it possible to decipher Egyptian hieroglyphs, and which in turn, created the scientific field of Egyptology. 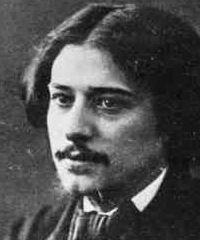 In 1808, Napoleon had also made plans for an invasion of Algeria, which was eventually initiated in 1830. As a result, the entire Mediterranean region of Algeria was administered as an integral part of France, and it became one of France’s longest-held overseas territories. Algeria became a destination for hundreds of thousands of European immigrants, and that included the buddying French opera composer and music critic Louis Étienne Ernest Reyer (1823-1909).

Fighting at the gates of Algiers, circa 1830

Born in Marseilles, Reyer attended classes at the Conservatoire and at age 16 he traveled to North Africa to work with his brother-in-law, the head of accounting for the young French colony. Reyer, and we would hardly expect otherwise from a teenager, was utterly seduced by the sensual, erotic and mysterious atmosphere of the Orient. A biographer wrote, “like a plant that feeds and grows in the soil where it has taken root, the mind grows and shapes in the environment where it is placed at an early age. The impressions he receives are indelible and will be felt in all the acts that emanate from him, as he grows.” 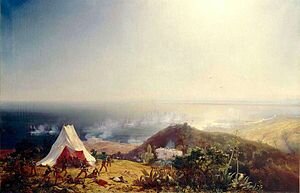 Reyer wrote a number of youthful essays and stories, and he composed some original dance pieces. He even gained some local notoriety in the Algerian press when his Mass was performed at the cathedral in 1847. He returned to Paris shortly after the Revolution of 1848, and studied music with his aunt, the pianist and composer Louise Farrenc. He also became friends with Gustave Flaubert, Théophile Gautier, Heinrich Heine and Hector Berlioz, and collaborated with them on a number of musical projects. 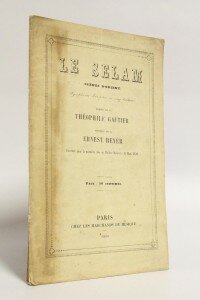 Contemporaries saw him as a serious, innovative composer who “followed his own path without courting public favor.” Gautier wrote, “he had invention, originality, both natural and cultivated; a ferocious hatred of the commonplace, they hackneyed, the catchphrase; a deep sense of exotic and bizarre rhythms; a rare freshness of melody; the love of his art verging on the fanatical; an enthusiasm for the beautiful which nothing could discourage; and the unshakeable resolution to never make any concession to the bad taste of the public.” 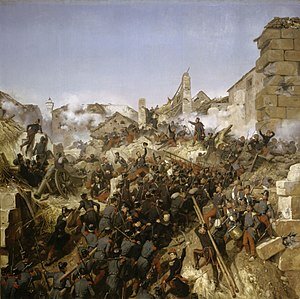 His first important work was the 1850 oriental ode-symphony in five tableaux Le Sélam, with text by the poet and orientalist Théophile Gautier. The work depicts different scenes from oriental life, ranging from the vastness of the desert to Cairo’s feast for pilgrims returning from Mecca. This symphony with soprano, tenor, baritone and chorus was quickly compared to Félicien David’s Le Désert of 1844, and Reyer’s early biographer Adolphe Jullien considered Sélam “a minor work, with some weak or frail passages.”

Significantly, it was Hector Berlioz who came to Reyer’s defense: “I will praise M. Reyer for showing restraint in his use of violent instruments, violent harmonies and violent modulations; his orchestral writing is gentle, dreamy, soothing and simple. I will give much higher praise to Félicien David for having had the good sense of coming first in writing Le Désert, for had he come second, he would surely have been accused of having imitated Le Sélam!”