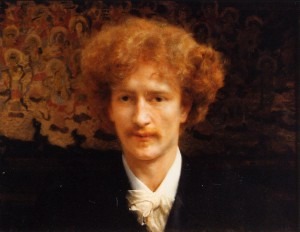 It is not entirely unusual for celebrities to take up high political office. Ronald Reagan, for example, graduated from the B movie industry to serve as the 33rd Governor of California, and the 40th President of the United States. Conan the Barbarian, better known as Arnold Schwarzenegger, escaped the action movies to serve as the 38th Governor of California. And let’s not forget the adult movie actress Ilona Staller, widely known by her stage name Cicciolina, who was elected to the Italian parliament in 1987. On exceedingly rare occasions, somebody with real talent and poise is drafted into political service! In 1919, at the height of his musical success, the exceptional pianist and composer Ignacy Jan Paderewski (1860-1941) became the prime minister and foreign minister of Poland, and he represented his native country at the Paris Peace Conference.

In his day, Paderewski’s name became synonymous with the highest level of piano virtuosity. A student of Theodor Leschetizky, his brilliant musical career saw him perform in all corners of the world. He crossed the Atlantic more than thirty times, and played more than 1500 concerts in the US alone. A contemporary critic wrote, “Each recital was a spiritual happening! He excelled in the art of producing beautiful and varied tone colors never before dreamt of in a piano—from the lightest and most sparkling to the most violent extremes, which sounded almost orchestral.” However, Paderewski also knew how to sell his talents, as his long, red hair became the hallmark of his physical appearance. His magnificent carrot top soon inspired the creation of candies, soaps and even a highly popular Christmas toy! Audiences simply could not get enough, and when his opera Manru was performed at the Met, he was giving his recital in Carnegie Hall, and both places were filled to overflowing.

In 1910, Paderewski appeared in the opening concert of the Warsaw Philharmonic and gave a rousing speech urging independence for his native Poland. His friendship with many of the leading statesmen of Europe and America paved the way for his future political activities, and he became an active and highly valued member of the Polish National Committee in Paris. In addition, he was chosen to represent Polish-American organizations, and he drafted a memorandum on Poland that was delivered to President Wilson. In 1919, Paderewski signed the Treaty of Versailles as Poland’s Prime Minister. The treaty restored the territories of Great Poland and Pomerania around the City of Gdańsk to Poland, providing the core region of the restored Polish state. The American Secretary of State, Robert Lansing wrote, “What Mr. Paderewski has done for Poland will cause eternal gratitude. His career is one which deserves to be remembered not only by his countrymen, but by every man whom love of country and loyalty to a great cause stand forth as the noblest attributes of human character.” 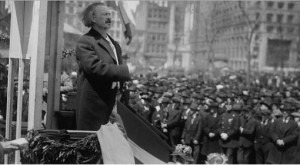 Paderewski resigned as prime and foreign minister in December 1919, and took on the role of Polish Ambassador to the League of Nations. He was considered a skilled orator, “every speech was a masterpiece of clear thinking and brilliant verbal form.” He retired from politics in 1922 and returned to his musical life. However, after the Polish Defensive War of 1939, Paderewski returned to public life. He became the head of the Polish National Council, a Polish parliament in exile in London, and played a number of concerts to fund his Polish Relief Fund. On one of his fundraising tours, Paderewski fell ill and he passed away in New York, aged 80. The American president Franklin Delano Roosevelt described him as a “Modern Immortal,” and his epilogue reads, “Paderewski was a genius, an intellectual, a statesman par excellence; a beautiful orator in a language that was not his; a linguist who spoke no less than seven languages fluently; a great musician; a patriot; and most of all, a humanitarian who was so generous that every act of kindness to him was always returned manifold.”