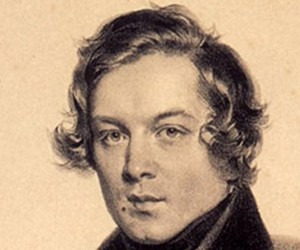 In the summer of 1830, the 20-year-old Robert Schumann abruptly ended his law studies at Heidelberg University and decided to become a musician. His mother arranged a musical apprenticeship with Friedrich Wieck in Leipzig, and the 11-year-old Clara Wieck writes in her diary on 16 October, “Herr Schumann from Zwickau moved in today.” Remembering his previous description of “the whores—embraces—lust—my innocence saved,” it might not be an accident that Schumann’s diaries from October 1830 to 10 May 1831 are missing. Once his diary entries resume, Schumann reports on a subject of a rather delicate nature, concerning a slow-healing and incredibly painful wound on his “John Thomas,” apparently courtesy of a girl named “Christel.” There has been much speculation as to the real identity of Christel, and it had been suggested that she was either a prostitute or a bar maid at Schumann’s favorite coffee shop. However, groundbreaking research has recently revealed that her full name was Christiane Apitzsch, and that she worked as a servant or maid in the Wieck household!

On his 21st birthday, 8 June 1831, Robert Schumann created the “Davidsbund.” “From today on, I want to give my friends more beautiful and appropriate names.” Friedrich Wieck became “Mater Raro, “ Clara became “Cilia,” Dorn became “the Music Director,” and Christel became “Charitas.” From then on, “Charitas” is mentioned at least once, but often several times a week, and almost always in allusions to their sexual encounters. Schumann was disturbed by this secret relationship; both by its moral implications and by the physical pleasure he derived from it. He felt a sense of guilt and occasional disgust with himself, as this illicit sexual relationship was clearly not compatible with his artistic idealism. Yet, unable to resist his physical urges, the relationship continued for the better part of 2 years, and by 1833 it certainly was no longer a secret! 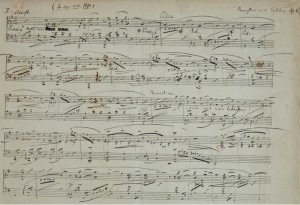 Although Schumann got engaged to Ernestine von Fricken, we do know that he was still seeing “Charitas” on the side. And this did not change once his eyes fell on Clara Wieck.
When Friedrich Wieck found out that Schumann had been seeing his daughter Clara in February 1836, he threatened to shoot him on sight should he ever come near her again! Devastated, Schumann once again sought comfort in Charitas’ arms. Now it was Clara’s turn to be incensed as she writes to Robert, “Is this how you pay me for my love? If you can’t control your animal urges, I will never be yours.” Yet, things got even more complicated as Charitas gave birth to a daughter, christened Ernestine, on 5 January 1837. There was no doubt that she was Schumann’s daughter, as he apparently tried to pay Charitas off. When Christiane Apitzsch died of a massive Typhoid infection on 11 February 1838, Charitas disappears from Schumann’s diary. The little girl Ernestine was presumably given up for adoption, and she certainly never knew her father!