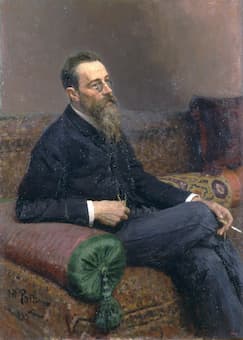 Nikolay Rimsky-Korsakov (1844-1908) came of age as a composer just as Russia was having a resurgence of national feeling in music. In 1861, he met Mily Balakirev, a composer who would be the founding spirit of the later group known as The Five. Balakirev encouraged Rimsky-Korsakov over the next years to use Russian themes in his music, part of Balakirev’s overall campaign to create a truly Russian music for Russia, rather than using Europe solely for inspiration. In 1871, Rimsky-Korsakov resigned his position in the navy and was appointed professor of instrumentation and composition at the St Petersburg Conservatory. 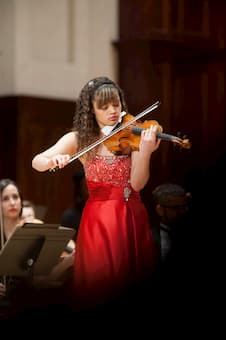 As part of The Five, he was really the only professional musician in the group and he often had the role of completing works begun by his friends but left incomplete when they abandoned them. This often included some composition but, more often, involved orchestrating their ideas.

In 1886, after completing his Third Symphony, Rimsky-Korsakov started his Fantasia on Two Russian Themes, Op. 33. Dedicated to violinist Pierre Kranokutsky, who taught violin at the Court Chapel, the Fantasia is really a one-movement concerto, with many opportunities for displaying extended violin techniques such as double-stopping (even with one theme being double-stopped) and extended cadenzas. 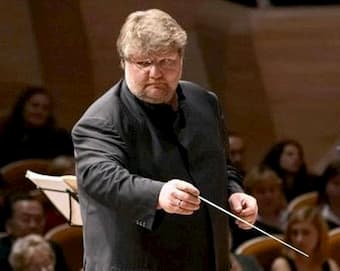 Other works like this, such as the Sinfonietta on Russian Themes, Op. 31, and the Russian Easter Festival Overture, were part of Rimsky-Korsakov’s attempts at using Russian folk music as part of large-scale works in classical and post-classical forms. The work, as a violin concerto, has the violin’s first appearance (00:25) in an unaccompanied cadenza, starting at its highest point before moving all over the place in a way that recalls the violin’s actions in the later Scheherazade. The middle slow section develops idea from the first Allegro moderato section – and the violin finally gets the first theme that was initially presented by the orchestra. It isn’t until the end, in the Allegro scherzando, that the second folk theme comes in, played first by the oboe and then echoed by the violin who then turns it into a dance tune with plenty of opportunities for violin ‘pyrotechnics’ and both double- and triple-stopping. The closing coda in the last 30 seconds provides another opportunity for some dancing spirit.


American violinist Annelle Gregory was a Laureate of the 2013 Stradivarius International Violin Competition and has been active recording Russian violin music, including work by Rachmaninoff, Taneyev, and Rimsky-Korsakov. Her performance work has her working with the major orchestras of the world in the leading venues. Russian cellist and conductor Dmitry Yablonsky studied cello at The Juilliard School and made his conducting debut in Italy when he stopped in at the last minute to lead the Stravinsky Octet. The Kiev Virtuosi (Kyiv Virtuosi) is a chamber orchestra that calls itself the ‘first independent orchestra in Ukraine.’ It was founded in 2016 by conductor Dmitry Yablonsky. 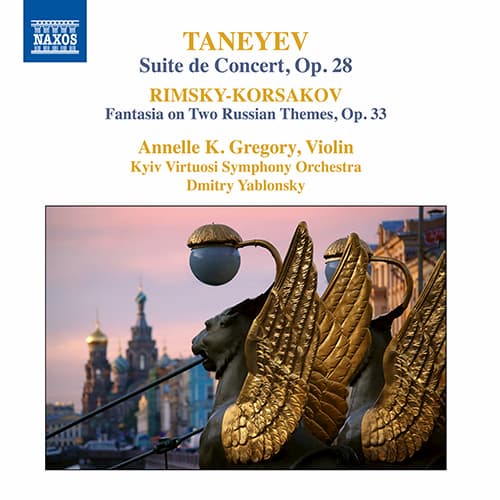