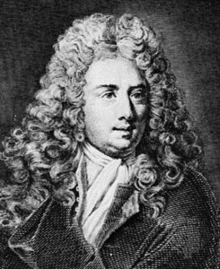 Growing up, I still vividly remember standing in front of what seemed like an endless collection of Middle Eastern folk tales in the public library of my hometown. Compiled into a multi-volume work under the title “One Thousand and One Nights,” this compendium was gathered over many centuries, with its fantastic tales tracing their roots back to ancient and medieval Arabic, Greek, Indian, Jewish, Persian and Turkish folklore and literature. And while various authors, translators, and scholars have added additional stories and produced a number of editions, the initial framing story stands at the heart of them all. 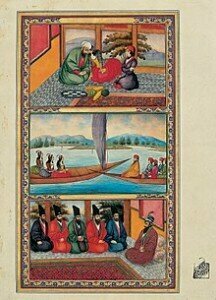 It tells the story of the murderous ruler Shahryar, who finds out that his first wife had been unfaithful, so he decided to marry a new virgin each day, and has them beheaded in the morning. Eventually the vizier, whose duty it is to provide them, cannot find any more virgins. Scheherazade, the vizier’s daughter, offers herself as the next bride and her father reluctantly agrees. 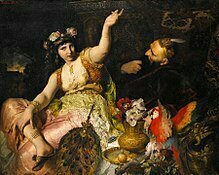 Scheherazade is commonly described as “pleasant and polite, wise and witty, well read and well bred. She has perused the books, annals and legends of preceding Kings, and the stories, examples and instances of bygone men and things; indeed it was said that she had collected a thousand books of histories relating to antique races and departed rulers. She had perused the works of the poets and knew them by heart; she had studied philosophy and the sciences, arts and accomplishments.” In the framing tale, Scheherazade volunteers to spend one night with the king, and she begins to tell her first story. The king listens in awe, and as morning dawns, Scheherazade stops in the middle of the story, promising to finish the tale the next night. She finishes the story the following night, but begins a second, even more exciting tale, which she again stops halfway through. At the end of 1,001 night, and 1,000 stories, Scheherazade has no more tales to tell. However, the king has now fallen in love with her, and makes her his queen. 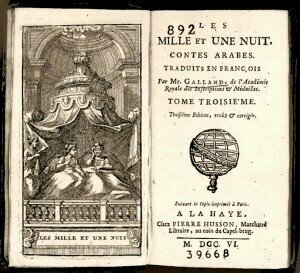 The French orientalist and archaeologist Antoine Galland (1646-1715), most famously, made the first European translation of “One Thousand and One Nights” titled “Les mille et une nuits.” His version of the tales appeared in twelve volumes between 1704 and 1717, and exerted significant influence on European literature and music. This collection included stories that were not in the original Arabic manuscript, including the popular “Aladdin’s Lamp,” “Ali Baba and the Forty Thieves,” and “The Seven Voyages of Sinbad the Sailor,” among others. 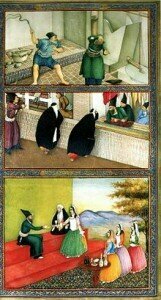 Galland claimed that he heard them from a Syrian Christian storyteller from Aleppo, who was also a Maronite scholar. Galland could never completely shake the suspicion that he invented these stories himself, but as Jorge Luis Borges wrote, “Another fact is undeniable. The most famous and eloquent encomiums of The Thousand and One Nights—by Coleridge, Thomas de Quincey, Stendhal, Tennyson, Edgar Allan Poe, Newman—are from readers of Galland’s translation. Two hundred years and ten better translations have passed, but the man in Europe or the Americas who thinks of the Thousand and One Nights thinks, invariably, of this first translation.” 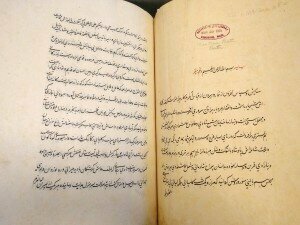 Galland’s translations were greeted with immense enthusiasm and quickly translated into many other European languages. An English version appeared in 1706, followed by the first German translation of 1712. Italian (1722), Dutch (1732), Russian (1763), and Polish (1768) soon followed, and they spawned a wave of imitations that fed an almost insatiable demand for oriental tales. Without doubt, the seemingly countless versions of One Thousand and One Nights had an immense influence on world literature, and a number of characters from this epic have become cultural icons and stereotypes in Western culture. Its influence on music has been no less pronounced, and in this little series we will sample works by Boïeldieu, Cherubini, Cornelius, Reyer, Busoni, Nielsen, Ravel, Adams and others. Please stay tuned to upcoming episodes.