In Tune Arts
The Symphonic Poem of Nature
Čiurlionis’ In the Forest and The Sea
by Maureen Buja July 19th, 2022
Tags: Ciurlionis 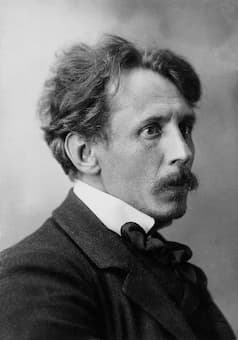 Lithuanian composer Mikolajus Kosntantinas Čiurlionis (1875-1911) was the son of an organist and started the musical school of Polish Prince Michał Ogiński in Plungė before attending the Warsaw Music Institute at age 19. He started as a piano student, then took up composition. Further study in composition in Leipzig was with Carl Reinecke and Salomon Jadassohn, who had been a student of Liszt’s. In 1902, he took up art, attending the Warsaw Drawing School and the School of Fine Arts.

When he returned to Lithuania after 1905, when the Russian Revolution had led to lessened restrictions on the cultural minorities of Russia, he learned Lithuanian (he had spoken Polish before) and became heavily involved in Lithuanian nationalism, particularly through the national choral movement and folk music. He also participated as an artist, contributing to the First Exhibition of Lithuanian Art that took place in 1907 in Vileišis Palace, Vilnius. He married Sofija Kymantaitė (1886–1958), an art critic, in 1909. Also in 1909, he exhibited some of his paintings in St. Petersburg. Returning, he fell in to a deep depression and was hospitalized in a psychiatric hospital north of Warsaw in early 1910. He remained there until his death of pneumonia in 1911, age 35. 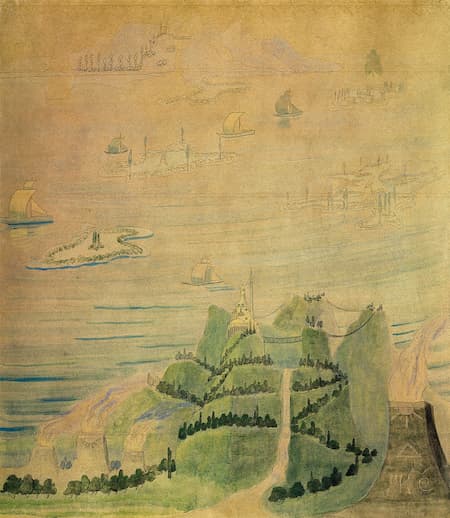 One of the contributing factors to his art was the fact that he had synaesthesia, and heard colours. Many of his art works bear musical names, including 7 3-and 4-painting Sonata cycles, a 10-painting cycle called Fantasies, a 7-painting cycle called Funeral Symphony, and diptych entitled Prelude and Fugue. As an artist at the end of the 19th century, he contributed to both symbolism and art nouveau and was a pioneer of abstract art in Europe. 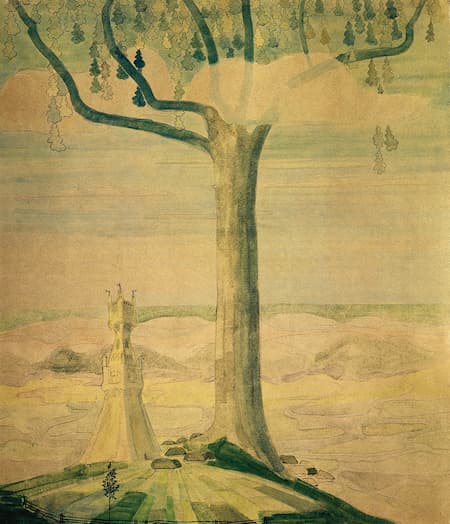 In his brief life, he wrote nearly 350 pieces of music and created over 400 paintings. His early music, written when he was still closely associated with Warsaw, show a fascination with Chopin and, at the same time, exploration of new ways of polyphonic thinking. In his later music, he shows an interest in tone rows, the predecessor of serialism, a focus on the outer voices to match the visual stability of his paintings. His sister, Jadvyga Čiurlionytė, was the first to organize his work into opus numbers. The majority of his music was for piano or vocal ensembles, with a small amount of orchestral writing.

His two symphonic poems, In the Forest (1901) and The Sea (1907) are his most important orchestral works. 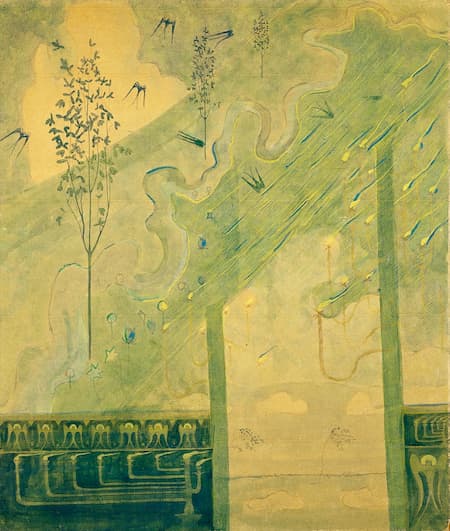 In the Forest was begun in 1900, just before Čiurlionis went to Leipzig. We can hear his turn-of-the-century influences with both Finnish music, as using Sibelius as an example, and German music, when he’s using the orchestra in ways that are ‘evocative but never mere narrative.’

In a letter to his fiancée, Sofija Kymantaitė, written in 1908 when he was in St Petersburg for his art show, Čiurlionis wrote: ‘I would like to create a symphony from the murmur of waves, the rustling of centenary forest, the shimmering of the stars, our little songs and my unending longing.’ And there, in one sentence, he summarized all he’d been doing: combining ‘sound and colour in a single work of art’ and capturing in it both the grandeur of nature and the soul of Lithuania.

He wrote In the Forest in just 12 days. Orchestration, however, took some months. He wrote that he heard in the ‘soft, wide chords’ that opened the piece the ‘soft and wide rustle of the Lithuanian pines.’


Čiurlionis’ larger work was The Sea, written for large orchestra and organ. The organ may come from his study of Strauss while in Warsaw, where Strauss used it to such effect in Also sprach zarthustra at a concert that Čiurlionis attended. Although the initial work on the piece went quickly, it was some 4 years before it was complete. This was because of his concurrent study of painting and the orchestral piece was set aside time and again. 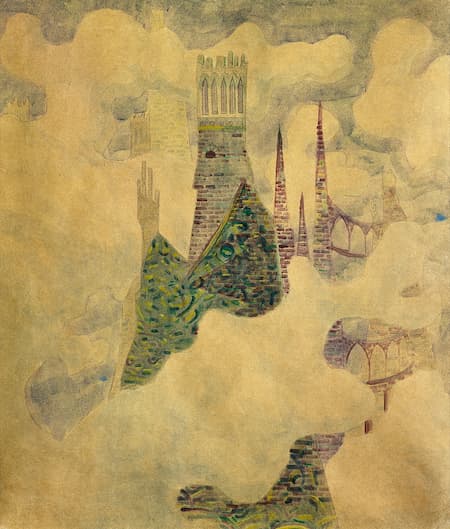 The Sea was not performed in Čiurlionis’ lifetime, achieving its premiere only in 1936 because of the size of the orchestra required. At its premiere, the work had been cut by some 45 measures at its climax. It wasn’t until 2000 that critical editions of both these works were assembled from their original manuscripts, with the later cuts disposed of.

Both works are important to Lithuanian music history. In the Forest was the first work of Lithuanian professional academic music and The Sea is ‘an unsurpassed peak in the history of Lithuanian symphonic literature.’ Čiurlionis’ early death resulted in many works existing only in sketch form, incomplete. What we do have, however, is a tantalizing hint of what could have been.