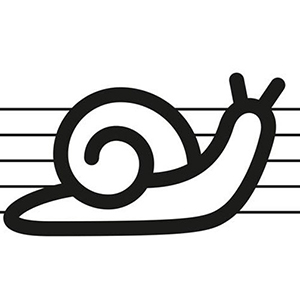 Long before the recent cultural revolution that wants us to slow down the pace of our lives known as the Slow Movement, we had the slow movement in music.

Composers have always known that to balance their music, there needed to be a slow movement surrounded by faster movements. Sometimes throughout history, composers placed the slow movement first, realising how prominent and necessary slowness is to human life. This was not uncommon in the Baroque period.

At times, classical and romantic music composers began their symphonies with slow movements. Two famous examples are the First Symphony in C minor by Brahms and Mozart’s Symphony No. 39, K. 543. It’s interesting that both symphonies include a prominent pounding timpani at the very beginning.


Slow movements have become so well known that they are played as standalone pieces. Handel’s Ombra mai fu is so renowned as a slow movement, it is simply called Handel’s Largo. It is just one part of his opera Serse. Perhaps the most famous 20th-century work, which has again been given a separate title due to its reputation, is Barber’s Adagio for Strings, which he revised from his String Quartet in B minor, Op. 11.


No article on the slow movement would be complete without mentioning Albinoni’s Adagio. We know today that this adagio is attributed to his biographer Remo Giazotto, which he created from fragments of Albinoni’s music. But, this piece is so slow and so profoundly moving that it was always going to stand detached from its full composition. While there is much doubt around the authenticity of this piece, it’s said that it is the slow movement from a trio sonata by Albinoni.

I have a theory about slow movements. Such is their strong philosophical statement upon life and our emotions, composers derived ambient music from the idea of the slow movement. The connection to the slow movement and ambient sounds created by the likes of Brian Eno, Harold Budd, Steve Roach, and many others seem inescapably linked.

Brian Eno thought that the lingering, discrete music of Erik Satie marked a clear step toward the ambient aesthetic. Certainly, Satie’s Gnossiennes 1,2 and 3 would have given many composers the idea of ambient music. But with Eno, in his Ambient 1: Music for Airports, you can clearly hear the influence of Satie on his ambient music. This is Eno’s sixth album. Released in 1978, he said the term ambient was used to distinguish this concept from his experimental music.


Ambient is a term that has stuck and struck a chord with the wellness industry across the world. Here is a short eight hours, twelve minutes and eight seconds of Wellness & Beauty: Amazing Background Ambient Music for Spa, Massage and Deep Relaxation.

As with any form of music, there are many derivatives of this style. Some of the results hold little fluid or diffusive grace that ambient music started out with. Here’s an offshoot called Digital Space Ambient Dance Music. And another that goes by the dubious title of Ambient Baroque, and for some weird reason, you can only see the composer’s feet in this video, that’s different.

The slow movement has grown into so many other things that I’m not sure that another form of music has propagated as many branches. Here in Australia we even have a Festival of Slow Music. There’s slow music for Yoga. The BBC has a program called Slow Sunday. Of course, there’s a wide array of slow music to make you sleep. And if for some reason, if you’ve ever wondered what your favourite piece of fast music sounds like when it is slowed down, there’s a website that can help you with this: Slow Down Songs. But be warned, it can produce weird results.

Like many ideas today, slow music has even become a movement. However, The Slow Music Movement truthfully say, “Slow Music, as with all things scientifically unquantifiable or mathematically unprovable, is subjective, relative and open to interpretation”.

I can’t imagine a world without slow music. If there wasn’t slow music, none of the other music would make sense. I lived my teenage years through the 1970s when discos were all the rage. Most of the youth of that period would spend Friday and Saturday nights sweating it out on the multi-coloured dance floors of the disco rooms.

But, always, at the end of the evening, the DJ would play a slow song. This was a special moment of the night. It meant you could get close to the one you had been gyrating with all night. It meant that you could hold that person close and feel their heartbeat, and if you were lucky, they would sing that slow sexy song into your ear as you held them tight.