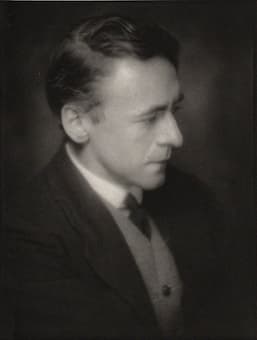 A work from 1916 entitled In memoriam would normally be assumed to be work commemorating the losses of World War I. This work by English composer Arnold Bax, however, is for a different struggle – the armed uprising in Ireland led by Patrick Pearse. The work is, in fact, dedicated to him.

Arnold Bax (1883-1953) was not only a composer but also a poet and author. His symphonic poems and his seven symphonies led him to be considered the leading British symphonist through the 1930s. After studying at the Hampstead Conservatoire in north London with Cecil Sharp, the leader of the English folk-song and -dance revival, he entered the Royal Academy of Music in 1900. He was an accomplished composer and pianist, but his private wealth meant that he didn’t have to seek his living. He travelled to Dresden where he heard the music of Strauss and Mahler, and, more importantly, visited the west coast of Ireland in 1902. There he discovered the ‘Celt within’ him and started studying the Irish language, the country’s history and folk-tales and, as he said, he ‘began to write Irishly, using figures and melodies of a definitely Celtic curve.’

Following his marriage to the pianist Elsita Sobrino in 1911, Bax moved to Ireland, living in the suburbs of Dublin. Reviews of his poetry and writings from this time saw him as falling under the influence of Yeats and his writings about the Irish republican cause were often banned by the government censor. He returned to England at the start of WWI (Ireland was neutral during the war), but his health made him unfit for military service. Instead, as his contemporaries marched off to war, he was able to write a lot of music, including the first of his orchestral tone poems. 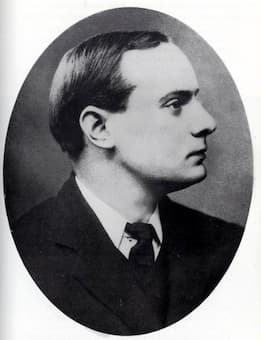 While living in the capital of Ireland, Bax had made a number of friends in the Irish republican movement but the Easter Rising in 1916, the failure of the movement, and the execution of the ringleaders was shocking to him. In Memoriam (1916) was inscribed (in Irish) ‘In Memory of Padraig Pearse.’

Patrick Pearse (1879-1916) was a teacher, poet, writer, barrister, and one of the leaders of the Easter Rising. Irish republicans acted against British rule in Ireland, with a goal of creating an independent Irish Republic while the British were involved in WWI. It was ultimately unsuccessful and was supressed by the larger and better equipped British Army. The leaders, including Pearse, were executed following court martial and some 1,800 people were sent to internment camps or prisons in Britain. The reaction of the Irish people to the Rising was first bewilderment, since so few people really knew about the planning, and then anger, as news of British atrocities emerged in the following months. Many people, either pro-British or ambivalent before the Rising, became very pro-Republic in the following months. The political party of Sinn Féin won by landslide in 1918.

Arnold Bax’ In Memoriam, a sextet for cor anglais, harp and strings, was completed in August 1916, just months after the Rising during Easter week in April 1916. The orchestral score uses a larger force to create the scene. The oboe sets the plaintive, keening tone for the piece and the climax is reinforced with marching rhythms, insistent drums, and bugle and horn calls. This martial highlight is not unlike what Bax was to achieve in his later symphonies and here we see the first hints of his later orchestral brilliance.