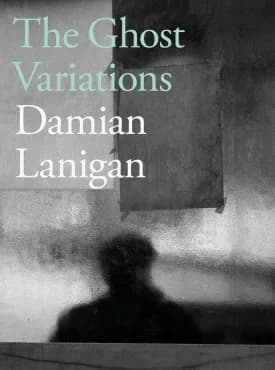 Declan Byrnie, child prodigy, and world-class concert pianist has enjoyed a glittering career from a young age, touring the world’s best concert halls and producing acclaimed recordings. Ten years into his career his wife dies in a terrible accident, and he stops performing; alone with his grief, he falls into obscurity, his concert career abandoned.

As the novel opens, we meet Declan at the end of one of his practice sessions, and this immediately signals a major theme of the book – the obsessive nature of being a professional musician. In the dark backstreets of New York City, away from the glamour of Carnegie Hall and the like, Declan seeks out pianos on which to practice (despite having a decent grand piano at his apartment). He’s not fussy about the instruments, only that his practising keeps him away from his apartment until returning is “the only possible course of action”. He plays in nightclubs and cramped, smoky bars. He accompanies a singer called Sandrine and uses his piano playing as a way to pick up women (although it embarrasses him to admit this). He’s filling a great big hole in his life with music and unsatisfying casual relationships. His dead wife haunts him and he talks to her, consciously and unconsciously. We learn a little more of his relationship with her through letters which are interspersed in the narrative.


With his decision to return to performing comes a host of attendant situations and characters, from his suave agent, Peter Barlow, to wealthy friends and patrons, journalists, an independent piano blogger (!), audience members and strange, sticky fans, and a rich Russian patron of the arts, in whose beautiful concert hall Declan plays later in the novel. Entertainingly and acutely depicted, many of these characters are recognisable from the international world of classical music and are a reminder that beyond the learning and refining of the notes is the necessary “business” of the industry.

The book takes Declan and reader on a road trip of sorts, both physical and emotional. There are the concerts, the settings successively more significant until we reach a beautiful concert hall in Boston where he plays to an audience of 700 people. Along the way, there is a crazy music festival, the polar opposite of the refined surroundings where Declan is used to playing. There are people too, including Elise, a young woman whom he meets at a swish modern concert venue, who accompanies him some of the ways on his journey to Boston, and who acts as a contrasting foil for Declan’s introspection. We journey through music with him, exploring the minutiae of Bach, Chopin, Mozart, and especially Beethoven – the Hammerklavier Sonata in particular – where myriad details of the score and the musician’s personal relationship with it are revealed. Declan’s relationship with the Hammerklavier is a strange one – you sense that he doesn’t like this music very much yet is drawn to its complexities and its greatness. Purists may balk at his irreverence, but it brings a greater humanity to both music and performer.


There is also a wealth of detail about the practice of practising, including the wisdom of Declan’s piano teacher Tal, and performing – the emotional and physical aspects of the pianist’s craft, and the sheer grunt work of being a musician, which are often overlooked in the midst of beautiful, arresting performances.

The book ends in Italy in a small town in which Declan and his late wife dreamed of one day settling, and it is here that the circumstances of his wife’s death, and its preamble, are fully revealed. It’s shocking, unexpected and sad, and one feels that Declan’s behaviour throughout the book as he deals with his grief is justified. 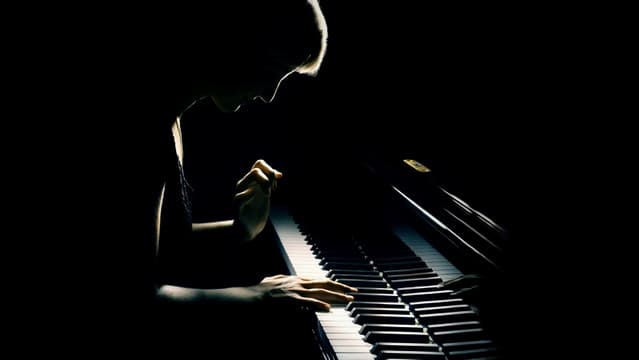 The prose is immediate and engaging, often entertaining, with many episodes which remind us that musicians do not exist in a gilded cage but are ordinary people who happen to do extraordinary things. The protagonist could have a different career and the narrative would still be effective – this is, primarily, a story about love and the exigencies of human relationships, and how betrayal and grief shape and change us. But the fact that Declan is a musician and, more specifically, a pianist – the loneliest of musical professions – and an obsessive one at that, lends a greater depth to the narrative; his obsessive nature causes him to analyse and over-analyse his emotional responses, much as he analyses the Hammerklavier, but also provides an outlet for his grief. Practicing is a protection against his emotions and the music offers a special kind of solace.

Few writers can truly capture the physical and emotional experience of playing and engaging with music, especially complex repertoire like the Hammerklavier sonata. Not since An Equal Music by Vikram Seth have I encountered such sensitive, intelligent and vivid writing about music as Damian Lanigan achieves here. Added to that, a well-paced, entertaining storyline makes this book a thoroughly good read.

Postcript: the title of the novel, The Ghost Variations, is taken from Schumann‘s last piano work, composed in 1854 before he was committed to a mental hospital. While he was writing these variations, he flung himself into the freezing Rhine. The work is intimate, poignant and highly personal.