Opinion
The Everyday Extraordinariness of Musicians
by Frances Wilson May 4th, 2020 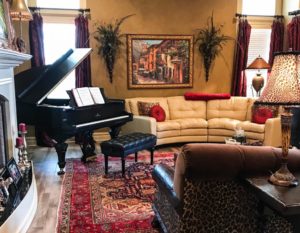 It can come as quite a shock to encounter a professional musician outside of their natural home of the concert hall. Generally, our only contact with them, as audience members, may be a brief conversation in the green room after a concert or at a post-concert CD signing. When on stage, musicians seem to exist in a strange ‘other’ world separate from ours; this ‘mystique’ is created partly by the musicians themselves who require a certain distance in order to work, but largely by audiences who tend to regard them as ‘higher beings’.

The virtuoso at home can be disappointingly ordinary, as I discovered when, some years before I started writing regularly about classical music, I interviewed a British concert pianist at his home in the leafy suburbs. I had expected something more refined, more esoteric. His piano room was not some Lisztian salon, as I had naively imagined it might be, all crimson swags and a bust of the composer for inspiration, or an ascetic monkish cell, but a tidy “office” equipped with the tools of his trade – a grand piano and a career’s worth of scores neatly lining one wall. What came as more of a shock was that he talked about the fine art of creating beautiful music for others to enjoy as if it were any other nine to five job. I later realised that this was his way of manging his practice time and a busy diary of concerts and balancing this with his obligations to his family, and the need for “down time”. 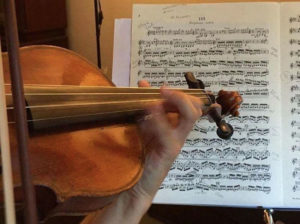 In fact, most are normal people: they live in ordinary homes, have families, pets, cars to service, a mortgage or rent to pay. This “ordinariness” has been more than confirmed by the many videos musicians have released online of them playing in their own homes during lockdown. We get a glimpse into their living rooms and studios and discover they are, generally, just like us! They “normalise” the incredibly artistic and highly intellectual thing that they do on stage in order to function day to day and get their work (practising) done. Because for them, music is their job.

But of course what marks them out is their ability to transform the normal into the beautiful, the pedestrian into the transcendent, and the everyday into the extraordinary. 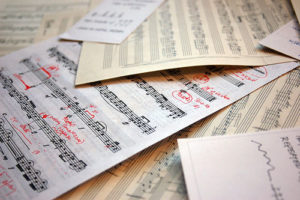 Musicians are extraordinary. Their meticulous approach to physical and psychological conditioning is akin to that of an elite athlete and the parallels between sport and music are very close – from day-to-day training to peak performance. Musicians, like elite sportspeople, require discipline, dedication and commitment to what they do and do it well, and many make huge sacrifices to achieve this.

In addition to finely-tuned motor function, musicians also possess superior cognitive skills as evidenced by their ability to process, finesse and memorise vast amounts of data in the form of notes and directions on the score, an activity in which they engage on a daily basis during the practice and study of the music. 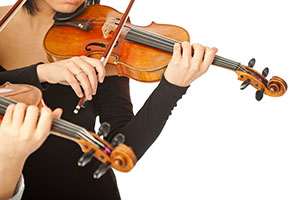 Their working hours are long, arduous and often unsociable and the profession is precarious. Then, for the touring musician, there is the travelling, the Sisyphean accumulation of airmiles, nights spent in faceless continental hotels in beautiful, historic cities they won’t ever have time to explore because of rehearsal commitments. It’s a lifestyle not many of us would choose.

And yet in spite of all of this, musicians have chosen this life. In interviews, many talk about how “the music chose them”, rather than the other way round, and speak of the incredible power music, and the desire to share it with others in performance, exerts over them. This need, this will to play is what drives them, and as audience members we can only marvel at this extraordinary cultural gift which musicians are prepared to give to us.