The music world has lost one of the finest artists of our generation, cellist Lynn Harrell, a towering figure in more ways than one. At 6 feet 3 inches, (1.9 meters) and 250 pounds, (113 kg) with hands the size of bear paws, he looked more like a football player than a classical musician. Lynn’s playing was immediately identifiable by his chocolatey rich tone, shimmering vibrato, and larger-than-life personality. He truly made the cello seem like a toy in his embrace. Lynn made a long-lasting impression on those who had the good fortune to interact with him and tributes are pouring in from admiring colleagues, cellists, conductors, chamber music partners, and students world-wide. 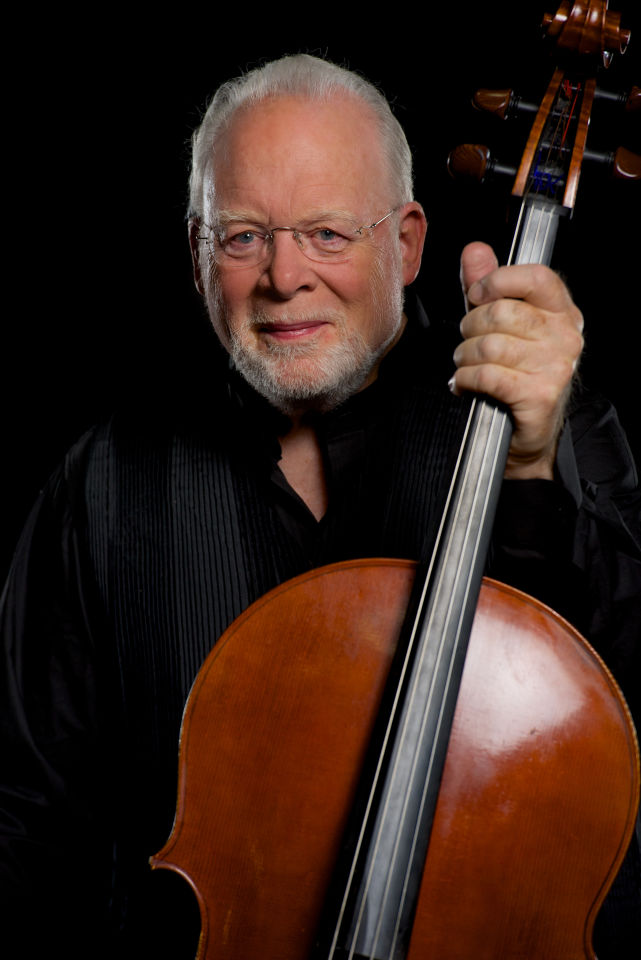 He was a frequent guest with the Minnesota Orchestra. During our summer festival Sommerfest in the 1980s, I was lucky enough to perform the Schubert Quintet for Two Cellos with him during a chamber music program. He, of course, insisted I play the first cello part, and it was a true collaboration. Leonard Slatkin, our conductor during those summer weeks, and great friend of Harrell’s said, “Was there ever a more congenial musician? It was never work with Lynn–that smile always letting you know that he was at one with the music and eager to collaborate with you, wherever the turn of phrase went.”

Lynn Harrell performed with every major orchestra in the world. He made recordings of all the major repertoire, winning Grammys for his recordings of Tchaikovsky’s Piano Trio in A minor, Op. 50, in 1987, and for a set of Beethoven’s piano trios, with violinist Itzhak Perlman and pianist Vladimir Ashkenazy. The wonderful recording of Taneyev’s Piano Quintet with Ilya Gringolts, Vadim Repin, Nobuko Imai and Mikhail Pletnev, won Gramophone’s Chamber Award in 2006. 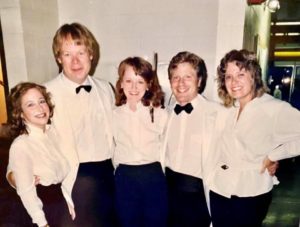 Photo of the Schubert Quintet: Janet Horvath, Lynn Harrell and other members of the Minnesota Orchestra

Harrell was born in New York. His father was the eminent baritone Mack Harrell and his mother, Marjorie McAlister Fulton was a concert violinist. Of course, Lynn started music lessons as a youngster! But he was more interested in becoming a great baseball player than play the cello, that is until the family moved to Dallas and Lynn began studying with Lev Aronson. Harrell’s amazing talent soon became apparent, and after high school, he studied at Juilliard with Leonard Rose and then at the Curtis Institute with Orlando Cole.

By age 16, in 1961, he was selected by Leonard Bernstein to perform the last movement of the Dvořâk Cello Concerto, with the New York Philharmonic during one of their Young People’s Concerts. He played even then with incredible ease and power. But tragedy struck. Lynn’s father had died of cancer the year before, and his mother perished in a car accident in 1962. Lynn, alone, bounced between the homes of relatives with a suitcase and his cello until, at the age of 18, he was selected by Maestro George Szell to become a member of the Cleveland Orchestra. Two years later, in 1964 he became their principal cello, a position he held until 1971.

After his New York recital debut in 1971 his solo career took off.


For me, his performances of the Barber Cello Concerto, Bloch’s Schelomo, Strauss’ Don Quixote, and the Rachmaninoff Sonata for Cello and Piano stand out. But one performance changed my life. I’d been invited by our conductor Osmo Vänskä to perform Bruch’s Kol Nidrei with the Minnesota Orchestra for a special commemorative program entitled Reflection and Liberation upon the 60th anniversary of the liberation of the World War II death camp Auschwitz. The second half of the 2005 program would feature the world premiere of a newly commissioned oratorio by Stephen Paulus To Be Certain of The Dawn and the performance would take place in the massive and beautiful Basilica of Saint Mary in Minneapolis. 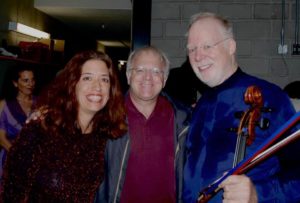 The prospect of playing this piece so central to the Jewish People was a responsibility, and performing as soloist for such a powerful evening, daunting. I wondered if it had ever been performed in a church. I searched Google and discovered Pope John Paul II and Rav Elio Toaff, the Chief Rabbi of Italy, together, at the Vatican. In 1994, they presided over a special event—A Papal Concert to Commemorate the Shoah to honor the six million Jews who were systematically annihilated by the Nazis—the Vatican’s first ever official commemoration of the genocide. An audience of seventy-five hundred guests, Holocaust survivors among them, attended the program conducted by Gilbert Levine with The Royal Philharmonic Orchestra of London, and cellist Lynn Harrell, one of my idols, played the luminous solo. It was broadcast around the world. Heartened and inspired, Lynn’s influence was pivotal when the time came for my performance.

Harrell, in demand all over the world for his coaching, taught at London’s Royal Academy of Music, the Cleveland Institute of Music, Juilliard, the University of Southern California’s Thornton School of Music, and Rice University’s Shepherd School of Music. He was also music director of Los Angeles Philharmonic Institute’s summer training program.

Believing in the power of music, Lynn and his wife, violinist Helen Nightengale, founded the HeartBeats Foundation in 2010, their motto, to “strive to help children in need harness the power of music to better cope with, and recover from, the extreme challenges of poverty and conflict”.

Harrell played a Montagnana cello from 1720 and then acquired Jacqueline du Pré’s 1673 Stradivarius. Here’s a reminiscence from our friend Neeta Helms of Classical Movements, “I had the great joy of making the travel arrangements for the Dallas Symphony for an extensive Europe tour in 2000, with Andrew Litton conducting and Lynn Harrell as soloist. He played the Dvořâk Cello Concerto and I wept through each performance. He was also so, so very nice and he gifted me a CD for my birthday during the tour. He wrote “Thank you” mainly because he got out of a cab after a celebratory dinner and drinks in Frankfurt, and left his cello in the cab trunk. I chased the cab, hammered on the trunk and rescued it just as the driver was vanishing off. Phew! Yes! The multimillion dollar STRAD that Jacqueline du Pré had played.”

In a commencement address to the young musicians of the Cleveland Institute in 1994, Harrell summed up his philosophy: “There is never a moment in music when you can say, ‘This is it. Now I have arrived.’ It is a journey with many stops. There are frustrating pauses, whirlwind acceleration — and sometimes, just a sense of having got seriously lost. The key is simple: You just have to keep going. It isn’t a competition — it’s only about yourself, about one practice day after another, about keeping going, and above all, forcing yourself to understand that you never understand it all… Those who delight in the music; in never failing to find refreshment in it; who rejoice in their gift… those are the musicians who have lasted, whose way has been lit by this special lantern of our art.” Thank you Lynn.