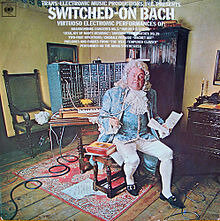 Johann Sebastian Bach started his work on The Art of the Fugue, one of the most celebrated and extensively studied collection of contrapuntal movements, in 1743. At the time of his death, on 28 July 1750, the collection remained unfinished and unordered with no specific instructions as to its instrumentation. Written and first published in open score—with a separate line for each voice—the question of instrumentation has occupied the scholarly and performing communities ever since. Although there is some suggestion that it was originally intended for some kind of keyboard instrument, various performing forces have successfully realized this extraordinary work. Bach’s failure to specify the orchestration essentially licensed an enormous number of transcriptions and arrangements, including one for saxophone ensemble. 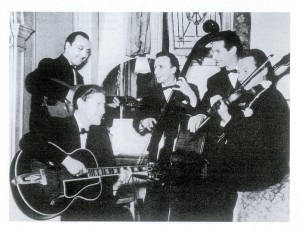 Johann Sebastian Bach: The Art of Fugue, BWV 1080
Over time, nearly twenty editions or arrangements of varying authority were published, with the first public concert performance taking place in Leipzig in 1927. In its present form, this exploration of the contrapuntal possibilities inherent in a single musical theme, consists of eighteen movements, fourteen fugues and four canons. It has been suggested that the overall form of the entire collection actually resembles a single extended fugue.
Be that as it may, The Art of the Fugue not only demonstrates every compositional technique and method known to Bach, it also represents a gripping musical document that bears witness to Bach’s musical and expressive genius. In the final measures, the composer musically signs his composition by using the equivalent pitches of his name B-A-C-H (B-flat-A-C-B), which has become the most famous musical cipher of all times. 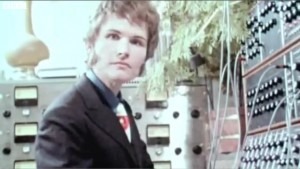 Francis Poulenc: Valse-Improvisation sur le nom de Bach
In 1968, Walter Carlos, who after a number of operations became known as Wendy Carlos, released a musical album that rendered Bach’s music on a modular synthesizer system. At that time, the synthesizer was a brand new musical instrument and critics were quick to revile the release for trivializing the work of one of the most revered composers. However, the album caught the public’s attention and Switched-On Bach was the first classical album to sell 500000 copies. Carlos followed up on his initial success with the Well-Tempered Synthesizer in 1969, and Glenn Gould commented, “Carlos’ realization of the Fourth Brandenburg Concerto is, to put it bluntly, the finest performance of any of the Brandenburg’s—live, canned, or intuited—I’ve ever heard.”

When the music of Bach falls into the hands of some of the most prominent jazz musicians, you can be assured that a musical firework is not far behind! The exceptional jazz violinist Stéphane Grappelli joined Django Reinhardt—one of the most renowned jazz guitarists—for an extraordinary 1937 Paris recording. The “Quintette du Hot Club de France” was described as “one of the most original bands in the history of recorded jazz.” For their swinging Bach, bandleader Eddie South, who had received his classical music training at Chicago Music College and the Paris Conservatoire de Musique, joined them in the studio. Although the ensemble disbanded in 1939 at the outbreak of World War II, their Bach renditions have become legendary and have spawned a substantial number of imitations.

Please join me next time for a listen to some thrilling Bach arrangements by Astor Piazzolla, Anton Webern, Franz Liszt and the exceptional Bach Suite by the incomparable jazz pianist Oscar Peterson.