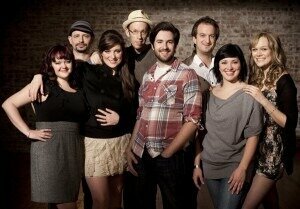 Johann Sebastian Bach was a ferocious musical cannibal! He habitually borrowed from himself and others in order to adapt a composition to a particular performing venue or occasion. In 1729 he was appointed director of the Collegium Musicum in Leipzig. This voluntary association of professional musicians and university students focused on performances of instrumental music. Meeting twice weekly, they provided music for church, state and academic occasion. Not surprisingly, Bach supplied the ensemble with a steady stream of original compositions. However, to fit the available instruments or the abilities of the performers, Bach had to constantly adjust his works. And that meant composing and inserting different movements, or completely assigning a work to a different solo instrument. I have a feeling that Bach would really have loved the sound of the clarinet!

Johann Sebastian Bach: Sonata for Viola da Gamba, BWV 1029 (clarinet)
In 1962, a group of eight highly talented session singers under the direction of Ward Swingle provided background vocals for such greats as Charles Aznavour and Edith Piaf. Since vocal warm-up exercises can be rather tedious, the group decided to sight-read through J. S. Bach’s Well Tempered Clavier, with Mr. Swingle famously suggesting that “Bach’s music has a natural swing!” And so it came to pass that they recorded their first album Jazz Sébastien Bach as a present for friends and relatives. Public interest in the group went viral, and the “Swingle Singers” continued to record one award winning record after another. Over the years, performers have changed and the repertory expanded, but the magical swing has remained as fresh as ever. 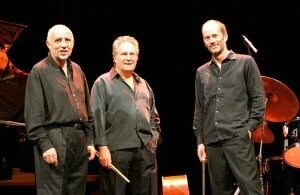 For much of his early career, Nikolai Rimsky-Korsakov and a number of like-minded friends sought to develop a characteristic Russian musical style. For inspiration they looked to Russian folk songs and fairy tales in hopes of establishing a distinct national, cultural and/or ethnic identity. Employing exotic harmonies and borrowing melodic and rhythmic elements from musical orientalism, they produced a number of highly original and colorful symphonic works. When Rimsky-Korsakov was appointed professor of musical composition, harmony and orchestration at the Saint Petersburg Conservatory in 1871, he had to develop a suitable curriculum for his students. He soon came to the realization that students had to be instructed in Western musical techniques. So he undertook a rigorous three-year program of self-education and mastered the Western methods. And since all musical roads start with the contrapuntal mastery of Johann Sebastian, it is hardly surprising to find Six variations on the name B-A-C-H for piano solo in his compositional arsenal.

N. Rimsky-Korsakov: Six Variations on the theme B-A-C-H, Op. 10
In 1959, Jacques Loussier had a rather novel idea, one that was to establish his international reputation. He decided to combine his interest in jazz with his love of Johann Sebastian Bach. So he founded the “Play Bach Trio,” and used Bach’s compositions as the basis for jazz improvisations. The trio immediately sets the world on fire, and was incredibly busy with live appearances, tours, concerts, and recordings for the next 20 years. After a period of time when Loussier focused on his own original compositions, the tercentenary of Bach’s birth in 1985 saw him re-establish the “Play Bach Trio,” and they have been touring ever since. Age has never been an issue, and the octogenarian Loussier still brings his unbridled enthusiasm, boundless energy and musical refinement to numerous venues around the world.

If you have ever wondered what Bach’s music sounds like on a banjo, or how Arnold Schoenberg dealt with his cultural and musical heritage, please join me next time. Also on offer are selections from the “Modern Jazz Quartet” and from a Bach Suite for piano left hand composed by Max Reger.