Features
A special relationship: pianists and their composers
by Frances Wilson August 2nd, 2018 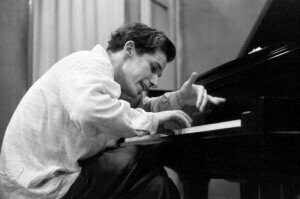 Say “Glenn Gould”, and most people will respond with “Bach”, such is the late great Canadian pianist’s special relationship with the music of J S Bach, and specifically the Goldberg Variations, which Gould recorded at the beginning and the end of his career. Despite his large discography, spanning the music of the Renaissance (Byrd and Gibbons) to the twentieth century (Hindemith and Schoenberg), he will forever be most closely associated with the music of Johann Sebastian Bach.

Alongside Glenn Gould, Sir András Schiff also enjoys a singular connection with the keyboard music of J S Bach, in particular the Well-Tempered Clavier, and such is the intimacy of his relationship that hearing him play, in concert and on recordings, is like a view into a wonderfully long and tender marriage.

Likewise the Austrian pianist Alfred Brendel has a particular affinity with the music of his Viennese compatriots Mozart, Beethoven and Schubert, and his performances and recordings of these composers, especially Schubert, are regarded as benchmarks. (Interestingly, Brendel’s leading protégés, Imogen Cooper, Paul Lewis and Till Fellner, also have strong links with these composers.)
Johannes Brahms: 2 Rhapsodies, Op. 79 – No. 1 in B Minor (Barry Douglas, piano) 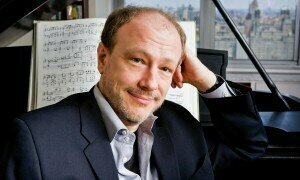 Some pianists choose to focus on a small corner of the vast repertoire, devoting a lifetime to performing and recording the works of only a handful of composers, with whom they feel a particular connection or affection, often revisiting works, in the knowledge that one never plays the same thing twice, to offer a fresh perspective as one’s interpretation matures or changes over time. Such a long-standing intimacy gives one deep insights into the music and soundworld of that particular composer or composers, and as such these pianists’ interpretations and performances are often highly prized.

Today such specialisation is quite rare, as younger artists prefer to explore the broad sweep of the repertoire from Baroque to contemporary music, perhaps concerned to demonstrate to audiences and critics that they are able to “play anything” (and indeed many are, such is their technical and musical facility: Daniil Trifonov is one such pianist).

Stephen Hough, Maurizio Pollini and Marc-André Hamelin are three international concert pianists who have chosen not to specialise. By contrast, their repertoire is very broad and their willingness to tackle works by composers as diverse as Boulez, Chopin, Stockhausen, Liszt, Ives, Franck, Korngold, Schwarwenka or Alkan, in performances which are distinctive and original, mark them out as true virtuosi. Hough and Hamelin are composers too, thus bringing the relationship between pianist and composer even closer!