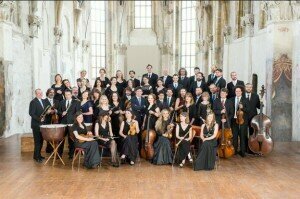 The Czech ensemble Collegium 1704 is one of the most renowned baroque ensembles around today. Along with its choral partner, Collegium Vocale 1704, the ensemble sprang up in 2005 in a quest to revive the music of Czech composer Jan Dismas Zelenka. Since then, under the directorship of Václav Luks, it has gone from strength to strength and has earned its reputation as one of the world’s leading interpreters of early Czech music. I chat to Čeněk Svoboda, a founding member and tenor in Collegium Vocale 1704, about the ensemble’s origins, and why the ensemble is special to him.

One of the ensemble’s aims is to promote works by Czech composers – the ensemble’s name comes from the year of Zelenka’s first composition, Via laureate. How do audiences react to these lesser-known composers?

‘It has been a long and exciting journey to discover pieces from Zelenka,’ Čeněk says. ‘A lot of his music was partly destroyed – almost everything of his was locked in Dresden and almost forgotten. Finally with a new attitude to early music in the seventies, also called ‘authentic interpretation’, Zelenka’s heritage was rediscovered. 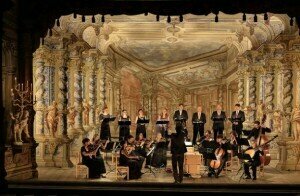 ‘During 13 years of existence, Collegium 1704 was performing a lot of unknown or forgotten music. But the Czech early music market and audience knowledge was still not developed, so there was nothing you could call ‘familiar’ or ‘unfamiliar’ baroque repertoire. When we performed Missa votive, one of Zelenka’s best pieces, the audience was surprised that we had such an excellent baroque composer, and the reaction due to “national pride” was even stronger.’

The ensemble is always preparing different kinds of programmes: small instrumental concerts, solo vocal concerts with orchestra, large orchestral pieces, large-scale vocal-instrumental compositions and operas as well, along with choir concerts with basso continuo. Čeněk tells me that at least the half of the season is based on cooperation between both ensembles, with most members of both ensembles being founding members. Most of these people are also of the first Czech generation of what Čeněk calls ‘authentic interpretation.’

‘This first generation was formed from people that are not only singers or players, but also teachers, choir conductors or musicologists (due to communism it started much later than in western Europe, the first students coming in the late nineties). This means that almost everyone in the ensemble has a special, authentic and passionate attitude towards early music, and everyone is trying to give their best personal skills and musical emotions to the whole. This perfectly corresponds to the ‘baroque’ meaning of the ensemble and the choir.’ 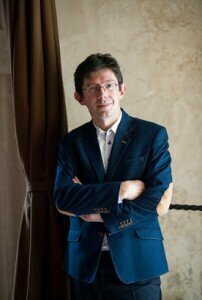 For Čeněk, this creates a sound unique to Collegium 1704, with Václav Luks, the ensemble’s founder, bringing out the best of each player – not just for the performers, but for the audience too.

‘I personally love the sound of our string instruments, and the highly developed and homogeneous sound of the choir. For the audience they probably enjoy the most the unique style of Václav’s conducting. His unconventional and emotional ‘dance-conduct-creations’ give a lot of energy and spontaneity to our sound and performance!

‘I like the moment when the exciting energy of the baroque music moves the whole ensemble and the audience breathes with us – when the emotional and rational part of our personalities are maximally exploited in a perfect balance.’

Collegium 1704 is 13 years old this year. Where does Čeněk see the ensemble in another 13 years?

‘This is a very difficult question. Already now I can see different periods in the history of our ensemble. Nowadays we are turning to great projects, we are more international and we are partly losing our Czech originality.

‘I would like to see that the ensemble still has time to work on details, has a stable cast and is focused on the projects that give it success and glory.’