Artists Behind the scenes
Daniil Trifonov and Sergei Babayan
“His deep love of music sets him apart”
by Georg Predota January 17th, 2018 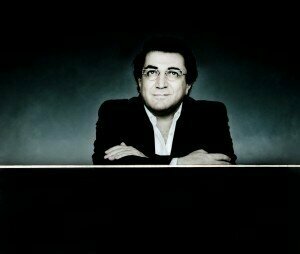 Under the guidance of his long-time teacher Tatiana Zelikman, Daniil Trifonov won a number of prizes at smaller competitions. Yet, Zelikman was careful not to push her young charge into a pianistic career. “She was afraid,” Trifonov explained, “that it could be harmful for my musical understanding at an early age.” She certainly instilled the idea that it was not enough to “just be a good musician or pianist. It’s also important to have a sensitive personality which can reach in all musical directions.” When it came time for Trifonov to spread his wings, Zelikman pointed him towards Sergei Babayan at the Cleveland Institute. Babayan started his musical studies at age six, and eventually won a number of highly prestigious piano competitions. His performances are full of emotional intensity, bold energy and “remarkable levels of color.” Critics have praised his “unequaled touch, perfectly harmonious phrasing and breathtaking virtuosity.” And let’s not forget that Babayan’s career includes a performance history of 54 concertos! 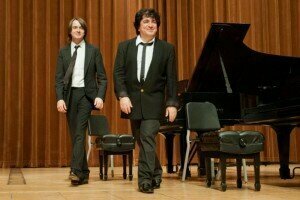 “Chopin was the first thing that drew me to Daniil,” Babayan remembers. “There’s a flexibility and elegant something with the phrase that all Chopin pianists have. It’s a very rare gift.” Initially, Trifonov wanted to study the heavy warhorses of the Romantic repertory, but Babayan steered him towards Chopin. Trifonov learned the Chopin Op. 25 Etudes for the Rubinstein Competition in two weeks, and arrived at the Moscow Tchaikovsky Competition with Chopin’s 1st Piano Concerto. Nobody had ever won that competition by playing Chopin, but as we all know, Trifonov did just that. Under Babayan’s guidance, Trifonov has slowly but steadily expanded his musical horizon. “He doesn’t need lessons twice a week or spoon-feeding,” explains Babayan. “He is a dream for a teacher—a real diamond. It’s a one-time life opportunity for someone to have that kind of student.” Yet, Trifonov’s intense and self-reflective discipline sometimes worries his mentor. “When he plays, he gives so much of himself. Sometimes I’m scared he’s burning that candle too intensely.” So far, Trifonov has remained a humble and dedicated artist who has started to dabble in composition. Critics have suggested, “that once he settles into maturity, he may have no equal.”