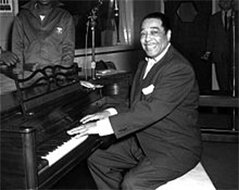 A lot of odd things have been said about classical music. I was at a round table of concert reviewers a while back and someone made the comment about a concert they had reviewed. The person said the playing was great but the music, “it was simply bad”. I took issue with this statement. Can music be bad?

Does any composer set out to write music that is not good?

Some music may have issues with chord progressions and the like, but does that make it bad? Just as in performance, no one sets out to play badly. Composers do not aim to write off music. If their compositions lack that feeling of satisfying you musically, it’s either your personal taste or they have not properly studied music theory, or they don’t follow traditional compositional techniques, like Delius didn’t. Music composition takes a long time to learn in most cases unless your name is Mozart or Mendelssohn.

But, there is always a composer’s personal choice on what they create. A composer may get the feeling that they are sick of writing the same old chord progressions and melodic lines. So when they do something different and it does not fit the regular patterns of known music, some may call it bad. Almost every composer has done “something different” in their time. Look at Beethoven’s late string quartets. In particular Beethoven’s Große Fuge of 1825, meaning Grand Fugue, which is a vast double fugue in one movement for string quartet.

The Große Fuge was panned by critics of the time, one calling it incomprehensible. Composers and most people who try something new are usually criticised, and the bigger you are the greater the derision.

Personal preference seems to be the guiding rule when it comes to people liking and disliking anything. I know someone who detests baroque music because the style does not fit the sort of music he normally listens to. I also know a few people who refuse to listen to almost anything from the beginning of the 20th century onwards.

Edward Kennedy “Duke” Ellington (1899–1974) said, “If it sounds good, it is good.” This might be the best way to think about the sort of music you like. But is it a good mantra for a composer to have? As most people are not concerned with the technicalities of music, they just want to hear it, I’d say yes. It is a good mantra for a composer to live by.

Jazz music is about a lot of things, but what sets jazz apart for me, is the way it makes me feel. No other style of music has the emotional range of jazz, for me that is. Duke Ellington in the 1930s wrote the song Solitude.

I don’t know anyone who would describe this as bad music, but there are probably some who would not like it. That lonely feeling in the music seems to relate to the hours of someone sitting alone listening to only their thoughts and the ticking of a clock. It’s not unhappy music, it is the music of loneliness and seclusion, there’s a difference.

What is good to me may not be good to you, but that does not make it bad. Setting up likes and dislikes is normal for most of us. It may not be correct or healthy, but most people do it. For a lot of us, this applies to music too. There is nothing I won’t listen to once. I recently spent an hour listening to Kendrick Lamar’s album Damn. I didn’t like it. But that is built upon my like of classical and jazz music. There is nothing musically wrong or bad about his music. It is my personal preference that guides my likes and dislike. You cannot compare Kendrick Lamar to Beethoven. And, there’s no point. Music evolves, it always has and always will.

Years ago you could go to college and study music composition and orchestration. Today if you went to a music school you would probably find that the course was called sound design and arrangement. It’s not just a name change either. Music is more inclusive of other ideas and most importantly, composition courses include musical influences from most countries, especially from Asia as its music has been overlooked for so long by the western world.

However, no one is going to change my mind about my personal preferences when it comes to music, only music can do that. I go along with the Duke, if it sounds good, it is good.