Opinion
What is Musicology
by Maureen Buja April 25th, 2019 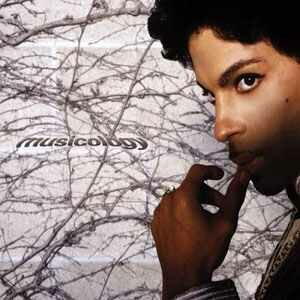 For some people, the word ‘Musicology’ is that recording by Prince that came out in 2004, with a first track of the same title, a James Brown–style homage to funk.

If we go further back in time, we find the origins of musicology in earlier centuries. Starting with ‘historical musicology,’ scholars started to look at the composition, performance, reception, and criticism of music over time. Reception history, for example, permits us to know that some of the best-loved pieces of our time, such as Beethoven’s Fifth Symphony, opened to little critical acclaim, which we now know were due to the conditions at its premiere. Yet, 18 months later, at the urging of a music critic, the symphony again came into the repertoire and it has remained one of the best-known and beloved of Beethoven’s works over 200 years later. 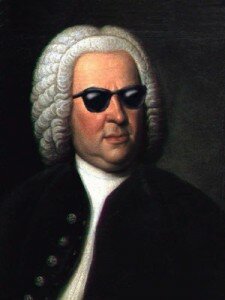 On the other hand, composers change their degrees of relative importance, and all through musicology. If you examine a German music encyclopedia of the 18th century, you would find a very long article on Georg Philipp Telemann, and a much shorter one on J.S. Bach. Telemann was one of the most prolific composers in history, but most people today would be hard-pressed to name any one of his works. J.S. Bach, on the other hand, was regarded just an old-fashioned church composer in the years after his death (1750) until the first biography of him appeared in 1802. Johann Nikolaus Forkel’s Über Johann Sebastian Bachs Leben, Kunst und Kunstwerke (On J.S. Bach’s Life, Art, and Works) started the rise of Bach’s name. Now you can hear authentic Bach performances mixed with jazz Bach, pop Bach, see Bach set to animation by Disney, and experience Bach in multiple ways. His image has become an art form and instantly recognized.

Bach: Overture (Suite) No. 3 in D Major, BWV 1068: II. Air, “Air on the G String” (Swingle Singers)
Without historical musicology, we wouldn’t know how to perform music of other times. We wouldn’t know what to do with mysterious signs on the music of past ages. In this work by Baude Cordier, the notes in red are performed differently than the notes in black. This work of the late 14th century reflects the experiments in the inventive rhythms of the Ars subtilior (more subtle art) style. But it took a musicologist to get back our knowledge of this very beautiful but mysterious notation system. 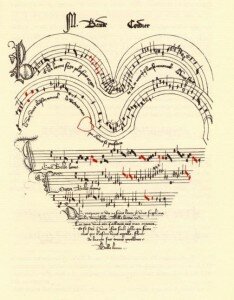 Cordier: Belle, Bonne, Sage (Ensemble Organum; Marcel Pérès, cond. )
But historical musicology isn’t the only world of musicology. Once the historians had their fill of looking at their own history, they started looking elsewhere. First called ‘comparative musicology,’ the new field took the name ‘ethnomusicology’ and started by looking at non-Western music. Soon, however, as non-Western musicologists started looking back, ethnomusicology expanded to look at music from anywhere in the world from an anthropological or sociological perspective. And to make recordings of it and study it. Thus we can have the music of the Ba-Benzelé Pygmies appearing on the jazz recording of Herbie Hancock’s “Watermelon Man.”

When I studied historical musicology in the 1980s, we only studied music up to 1945. After that, the historians gave way to the composers, who were more versed in the post-war music and compositional possibilities. Now, at the beginning of the 21st century, all kinds of musicologists study all kinds of music, You can find dissertations on the role of the UK singles chart; the culture of aspiration on X Factor; opera in the 21st century; contemporary American hip-hop discussed in terms of race, gender, and sexuality; aria style in the operas of Handel and so on.

In a piece of music criticism in your local newspaper, if you still have a music reviewer, you’ll run into musicology at work. If you wonder how your local radio DJ knows so much about the history of this band or the other, that’s musicology. Those program notes you read before a concert – musicologists again. In short, The world of musicology is the world of music itself.