Opinion
Who Are You?
Thoughts on Artistic Identity
by Frances Wilson December 2nd, 2018 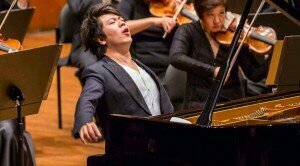 I bet you could easily name a handful of classical musicians who have distinct identities. From vertiginous heels to extravagant physical gestures, hair tossing or audible muttering or humming, these individuals’ public artistic identities are evident whenever and wherever they perform.

Most performers have a personal style, or identity, and in our visually-driven age, how you look on stage is often as important as how you sound. Thus one’s outward musical identity becomes almost like a USP or “brand” so that one is easily recognisable wherever one is. Working in such a competitive profession, many musicians seek to develop a musical/artistic identity which is distinct and, in some case, attention-grabbing: thus, while one may be praised for producing a beautiful sound or insightful performances of Bach, how one deports oneself on stage, in both gesture and attire, also influences the way one is regarded by others.

In fact, for most professional musicians their personal artistic identity is developed and defined by their music and music-making rather than their physical appearance. Musical identity can develop from a young age, influenced by family, teachers and mentors, agents or managers; observing one’s peers in college and one’s colleagues in the profession; cultural and societal expectations; and one’s personal values, self-definition (“I am a pianist”, for example), self-efficacy, and intent.

While the title “musician” implies a performer, most musicians have what is fashionably called a “portfolio career”; in reality this is a number of different working roles within and sometimes also outside of the musical profession, and a certain fluidity in one’s identity is necessary to suit these different roles. For example, a concert pianist needs a particular identity and mindset when performing as a soloist, including a degree of extroversion and ego, while the same pianist must temper his/her artistic personality when playing in ensemble where the piano is not the main instrument and one is required to collaborate with others. Equally, when teaching one may need to adapt one’s identity to effectively connect and communicate with students. Over time, one’s musical identity becomes assumed and deeply ingrained as one grows more experienced. Adaptability, resilience, and career flexibility allow one to both survive and thrive, and one becomes adept at balancing other artistic aspects of one’s identity which may remain private with one’s outward professional artistic identity. 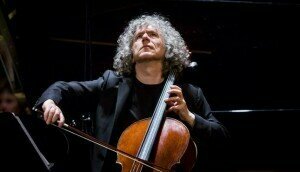 On a more esoteric level, musicians place their music at the very heart of what they do and for most it is their raison d’être (in the way that perhaps other professionals, such as accountants, do not). Music, and music making, is what drives them and the exigencies and uncertainties of the profession can have a detrimental effect on one’s ideals and aspirations as a musician. Thus it is important for young musicians in conservatoire and those embarking on a professional career receive support and mentorship to enable them to balance their expectations with the realities of the profession today.

There are reserves of power in Mr Hough’s touch, and an ingrained refinement; his self-composed encores usually dissipate with sly comedy the high seriousness of his art. Elegantly at ease with himself, he is a performer with whom audiences also feel easy.