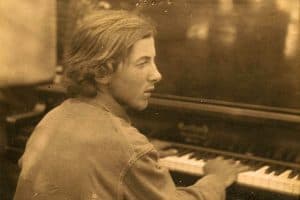 Henry Cowell (1897-1965) was a twenty-two year old Californian composer trying to establish his musical reputations. His mentor John Varian suggested, “you will have to depend on yourself and very few other musicians to develop your music.” As such Cowell took the initiative to find a worthy appraiser of his music and in the summer of 1919 found him in Sergei Rachmaninoff, who had just moved to Menlo Park. Cowell took a stack of manuscripts to Rachmaninoff’s house, but the elder composer opted to look at just one piece. It was titled “Fleeting” and somewhat resembled Rachmaninoff’s own compositional style. Cowell remembers that Rachmaninoff looked at the work intently with no comment for two hours, upon which he marked tiny red circles around 42 notes and said, “You have 42 wrong notes.” Cowell looked surprise so Rachmaninoff added, “I too have sinned with wrong notes in my youth, and therefore you may be forgiven.” When Cowell asked what was wrong with those notes, Rachmaninoff replied “they were not within the rules of harmony.” Apparently Cowell then asked if composers still needed to follow those rules, and Rachmaninoff simply said, “Oh yes, these are divine rules.” For the rest of the year, Cowell worked out a new set of rules for himself and got the results published in a booklet called “New Musical Resources”. 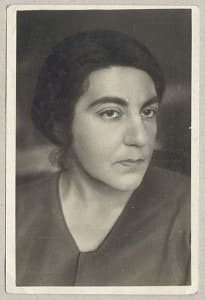 Unbeknownst to his adoring public, Rachmaninoff battled severe bouts of depression. However, he was not able to hide his insecurities from the poet Marietta Shaginyan. She regularly attended his concerts and wrote, “I can feel how hard it all was for him, how exhausted he was, apparently not knowing what he was going to do next.” And thus, they started a correspondence that lasted the better part of five years. Rachmaninoff was not looking for any kind of romantic relationship, but simply for intellectual and emotional support. Shaginyan was one of the most prolific women writers in Russian literary history. Of Armenian descent, Marietta grew up in Moscow under privileged circumstances. Her father, an ardent atheist and devout admirer of classic Russian authors, was a prominent physician who lectured at Moscow University. From her supremely gifted mother, Marietta inherited a lifelong fascination with music. In all, Marietta wrote about 75 books, including biographical studies of William Blake, Vladimir Lenin, Goethe, and Rachmaninoff. And when Rachmaninoff asked her to suggest poems that could be set as songs, Marietta went straight to work and rewrote poems by Russian poets, including a text from Pushkin’s The Muse. 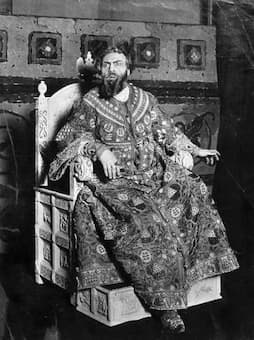 Feodor Chaliapin (1898-1938) was a unique talent, famed for his abilities as an artist and sculptor and renowned for his singing and acting on stage. In the composer, pianist and conductor Sergei Rachmaninoff he found an equally talented individual, and together they exerted great artistic influence on each other. Rachmaninoff taught Chaliapin how to analyze a music score, and insisted that Chaliapin learn not only his own roles but also all the other roles in the operas in which he was scheduled to appear. In return, Chaliapin showed Rachmaninoff how he built each of his interpretations around a culminating moment or climactic point. 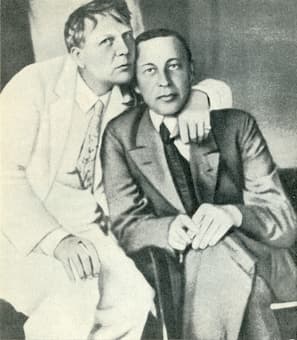 “Regardless of where that point was or at which dynamic within that piece, the performer had to know how to approach it with absolute calculation and precision; otherwise, the whole construction of the piece could crumble and the piece could become disjointed.” Rachmaninoff would remain ever mindful of his friend’s advice, and applied the concept throughout his instrumental genres as well. Rachmaninoff tailored many of his best vocal compositions for Chaliapin’s phenomenal vocal talent. He was the first to perform many of Rachmaninoff’s romances, and he loved Rachmaninoff’s opera Aleko. It was a huge success in 1899 in St. Petersburg and in 1903 in Moscow specifically since Chaliapin sang the title role. Rachmaninoff wrote, “The soloists were all magnificent, but Chaliapin towered over everyone else.” 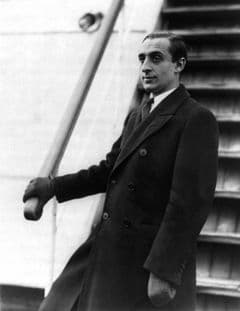 In January 1928 two of the greatest pianists of all time met in New York’s Steinway Hall. Sergei Rachmaninoff had already captivated audiences for decades, and the fire-breathing virtuoso Vladimir Horowitz had just arrived. In the 1917 Russian Revolution, both suffered great personal losses, and Horowitz remembered that “in 24 hours, all we had we lost.” Horowitz traveled to Germany and Paris, and was signed up by an American concert manager for a tour of the United States in 1928. Horowitz made his American debut at Carnegie Hall in the Tchaikovsky First Piano Concerto, with Thomas Beecham conducting. They couldn’t agree on tempo, with Horowitz thundering through the piece and the NYT reporting, “The piano smoked at the keys.” Rachmaninoff was in the audience that night and he told Horowitz, “Your octaves are the fastest and loudest, but I must tell you, it was not musical. It was not necessary.” Horowitz was eager to tackle Rachmaninoff’s Third Piano Concerto, and the next day Horowitz received an invitation from Rachmaninoff to visit him in his apartment. They exchanged pleasantries and went to Steinway Hall with Rachmaninoff playing the orchestra part on one Steinway, and Horowitz playing the solo part on another. In the end, Horowitz made three recordings of the Rach 3, and the musical giants remained friends for the rest of their lives. With a twinkle in his eyes Horowitz once noted, “Rachmaninoff could always find something to complain about in any performance.” 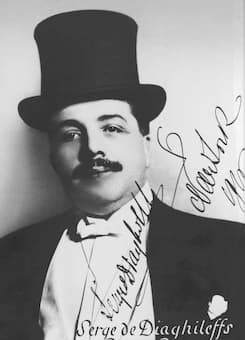 In 1907, with resources running low, Sergei Rachmaninoff reluctantly accepted an invitation to take part in Sergei Diaghilev’s season of Russian concerts. Rachmaninoff writes, “Now all my thoughts are on Paris, and they are most unpleasant. I can’t tell you how I hate to go there, but I must go, if only for the sake of money.” The Paris invitation was not merely a musical affair, as it essentially represented a showroom of Russian art abroad. Diaghilev had managed to assemble the greatest representatives of Russian music, including Rimsky-Korsakov who put up a huge fight. Diaghilev had insisted that Rimsky-Korsakov conduct his music at Paris, and the composer replied. “If we must go, we must, as the parrot said when the cat pulled him out of his cage.” For the habitually shy Rachmaninoff, this kind of over-the-top promotional display was not a soothing prospect as well. The concert featured the cantata “Spring” with Chaliapin as the soloist, and the Second Piano Concerto with Rachmaninoff as the soloist and conducted by Chevillard. When Rimsky-Korsakov came backstage after the performance he commented, “Spring is good music, but what a pity that there’s no Spring in the orchestra.” Rachmaninoff also performed his Prelude in C-sharp minor as an encore and the crowd went wild. It clearly did wonders for his self-esteem, however, Rachmaninoff was delighted to leave Paris and Diaghilev behind. 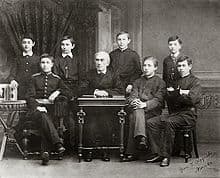 Nikolai Zverev and his students (Scriabin in military uniform; Rachmaninoff 4th from the left)

Alexander Scriabin (1872-1915) and Sergei Rachmaninoff had very similar childhoods as their musical abilities were discovered early. Both were sent to study at the Moscow Conservatory, and they both studied piano with Nikolai Zverev and composition with Sergei Taneyev. Taneyev candidly reported that “Scriabin was the most ambitious and Rachmaninoff the laziest student. I like them both,” he wrote, “but Rachmaninoff moves me more on occasion, Scriabin’s music I admire more for its technique and originality.” Without doubt, Scriabin was the more adventurous composer and his colorful view of keys baffled Rachmaninoff. There was a rumor circulating in Moscow that Rachmaninoff had made a public jibe at Scriabin, with Rachmaninoff supposedly overheard saying, “I had thought Scriabin a simply swine, but he seems he’s gone and turned himself into a composer after all.” Rachmaninoff disclaimed the remark, but Scriabin later, with pointed reference to Rachmaninoff, wrote to his publisher, “Is it possible that I am not a Russian composer, just because I don’t write overtures and capriccios on Russian themes?” Trying to quiet the scandal, both men appeared together on the same concert platform in 1911. Scriabin’s prematurely death in 1915 ended all gossip, and Rachmaninoff was a pallbearer at the funeral. Immediately thereafter, Rachmaninoff toured Russia in a series of all-Scriabin recitals. Apparently, it was the first time he played music other than his own in public, and his efforts helped to secure Scriabin’s reputation as a composer. Rachmaninoff gave the money he earned from these concerts to Tatiana Scriabin and her three children.