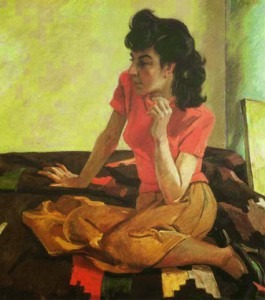 During the first decade of the 20th century, Sergei Rachmaninoff was the undisputed superstar of the piano circuit. Devoted fans camped outside his house to catch a quick glimpse of their idol, and a more diehard core followed him from city to city to see him perform on stage. His manager even had to regularly evict fanatical groupies hiding in his dressing room! Yet, all was not well in the glitzy world of musical superstardom. Unbeknownst to his adoring audience, Rachmaninoff was battling severe bouts of depression with the help of the hypnotist Nikolai Dahl. However, Rachmaninoff was not able to hide his insecurities from the poet, author, dramatist and literary critic Marietta Shaginyan. “Being a regular at his concerts,“ she writes, “I can feel how hard it all was for him, how exhausted he was, apparently not knowing what he was going to do next.”

Marietta decided to write him a letter in February 1912, expressing all her faith and love for his music. Shaginyan signed the letter as just “Dee,” and it became the beginning of a correspondence that went on for more than five years.

In one of his first replies Rachmaninoff told Marietta, “Besides my kids, music and flowers, I also love you, my dear Dee and the letters you send me.” Rachmaninoff was not looking for any kind of romantic relationship, but for intellectual and emotional support. “I like you because you are smart, interesting and have a moderate mind, which is an absolute must for someone who wants to be my friend,” he writes. “And I like your letters because I always find in them faith, hope and love, the ointment I’m using to treat my wounds. It’s absolutely amazing how well you understand everything that is me! It seems I’ve lost the confidence I had in myself when I was a kid! Please teach me how to sort all these things out, dear Dee!” Over the next months the pace of their correspondence quickened, and they discussed everything ranging from music to politics. But they still had not actually met each other. It happened by chance in December 1912, when Marietta was walking past Rachmaninoff in the lobby of a concert hall. Marietta stopped to look into his eyes, and suddenly Rachmaninoff reached out. Then he motioned to his wife to come over, “this is the Dee I told you about… See how surprised she is that I recognized her!” 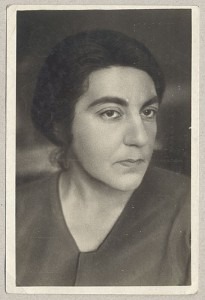 Marietta Shaginyan was one of the most prolific women writers in Russian literary history. Of Armenian descent, Marietta grew up in Moscow under privileged circumstances. Her father, an ardent atheist and devout admirer of classic Russian authors, was a prominent physician who lectured at Moscow University. From her supremely gifted mother, Marietta inherited a lifelong fascination with music.
Marietta attended the best schools in Moscow, and at age 15 started to write for local newspapers and soon published her first volume of poetry. In all, Marietta wrote about 75 books, including biographical studies of William Blake, Vladimir Lenin, Goethe, and Rachmaninoff. One of the best-known authors of the Soviet era, she became a “Hero of Socialist Labor” and received the Lenin Prize in 1972.

Sergei Rachmaninoff: 14 Songs, Op. 34
As Rachmininoff and Marietta grew closer, he asked her to suggest poems that could be set as songs. “Dear Dee, what if I ask you to find me some lyrics for the love songs I’m writing now? Something tells me you must know a whole lot, if not everything, about this. It doesn’t matter if the author is alive or dead. All I need is an original poem, not a translation and maximum 12 pages long. And I would rather have something sad because I’m really not good writing cheerful things.” Marietta went straight to work and started to rewrite poems written by Russian poets, “including the Symbolists he never really cared for.” A substantial number of her suggestions appear in Rachmaninoff’s set of Op. 34 Lieder. The first song, with text from Pushkin’s poem The Muse, is dedicated to her. In turn, Marietta dedicated her first set of published poems, Orientalia, to him.