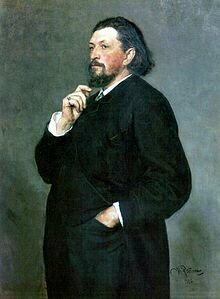 Mitrofan Petrovich Belyayev (1836-1904) was the son of a highly affluent timber merchant. Educated at the German-speaking Reform School in St. Petersburg, he took lessons in piano, violin and viol. At the age of 15, Belyayev joined his father’s booming business, and he eventually took over the entire operation. His passion, however, was music. He participated in an amateur symphony orchestra and played chamber music in a circle of friends. Eventually, Belyayev would join a growing number of Russian industrialists who became patrons of the arts, and “through his financial influence greatly and lastingly shaped Russian music.” 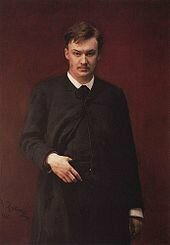 He was outspoken in his support of native Russian talent, believing in a national, realist form of Russian classical music that should stand apart in its style and characteristics from Western European classical music. In time, the Belyayev circle came to dominate musical life in St. Petersburg, and a dedicated music-publishing house restricted to Russian national or naturalized composers assured that its influence was heard around the world. Belyayev’s entry into the world of musical patronage and publishing was the immediate result of hearing the 1st Symphony of the 17-year-old Alexander Glazunov in 1882. 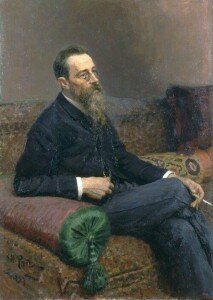 A child prodigy, Glazunov started his piano studies at age nine and composed his first pieces at 11. A student of Rimsky-Korsakov, he soon attracted the attention of Tchaikovsky who wrote, “Glazunov interests me greatly; a remarkable talent is discernible.” Belyayev took Glazunov on a European tour that included a visit to Weimar and the home of Franz Liszt. Glazunov also became a fixture at the “Quartet Fridays” Belyayev hosted weekly at his home in St. Petersburg. A frequent visitor to these gatherings was Rimsky-Korsakov, who also acted in an advisory capacity to the Belyayev enterprises. Rimsky-Korsakov had personally taught many composers of the Belyayev circle. Any composer wishing to be part of the circle, and who desired Belyayev’s patronage, had to compose music in a style approved by Rimsky-Korsakov. A critic wrote in 1899, “Mr. Belyayev’s undeniably lavish patronage of Russian music of the newest variety does not, unfortunately, so much facilitate the development of the talents of gifted but as yet unrecognized composers, as it encourages young people who have successfully completed their conservatory course to cultivate productivity come what may, touching little upon the question of their creative abilities. Mr. Belyayev encourages industry above all, and under his aegis musical composition has assumed the character of a workers collective, or even a crafts industry.” 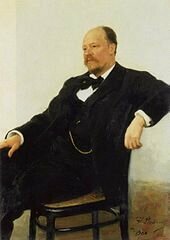 Belyayev has been introduced to the music of the teenage Glazunov by Anatoly Lyadov. Lyadov demonstrated prodigious musical talent at an early age, yet he was initially expelled from the St. Petersburg Conservatory for cutting classes. He was eventually readmitted, and upon his graduation in 1878 he joined the faculty. He also assisted Rimsky-Korsakov and Balakirev in editing various orchestral scores and in time became a leading member of the Belyayev circle. As a composer, Lyadov focused on short piano pieces and brief vocal and choral compositions, and he famously turned down the Diaghilev commission to compose a ballet score for the “Firebird” legend. Belyayev asked Lyadov to serve on an advisory council, and he was instrumental in helping to establish the “Russian Symphony Concerts” and the annual “Glinka Prize.” 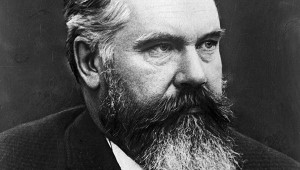 To safeguard international copyrights for Russian composers, Belyayev registered his music-publishing house in Leipzig in 1885. Over the next decade and a half, he published music by 35 composers including Glazunov, Rimsky-Korsakov, Lyadov, Borodin, Cui, and Lyapunov. Other contributors included Grechaninov, Scriabin, Taneyev, Glière, Medtner, Glinka and Stravinsky. In all, he issued full scores of over 80 orchestral works, choral music, and 15 operas and ballets. Commentators frequently consider Borodin’s Prince Igor the “jewel in Belyayev’s crown.” He published virtually no church music, but his insatiable appetite for chamber music resulted in the composition and publication of about 35 string quartets and quintets. A number of these works contain musical cryptograms using the motif B-L-A-F as an act of homage. The musical influence of the Belyayev circle was felt well into the 20th century, with Soviet conservatories retaining a direct link to the Belyayev aesthetic. Although heavily criticized for its “triumphant inertia and conservatism,” Belyayev and his circle decisively shaped the course of Russian and Soviet music.