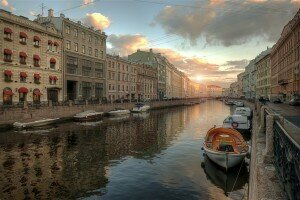 The city of St. Petersburg, also known as Petrograd, Peterburg and Leningrad stood at the forefront of Russian musical culture. Established in 1703, the city flourished under Peter the Great, and the role of art and music assumed national significance. Not to be outdone, Catherine II made it compulsory for the aristocracy to attend musical and theatrical entertainments, and court musicians were required to compose operas, oratorios or concertos for state occasions. 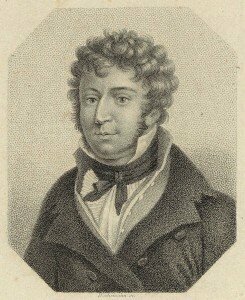 The St. Petersburg Philharmonic Society was founded in 1802, and welcomed Franz Liszt, Clara and Robert Schumann, Hector Berlioz, Richard Wagner and Pauline Viardot. Wealthy patrons of the arts established their own instrumental ensembles, and the salon culture flourished. And one of the biggest names on the St. Petersburg salon circuit was the Irish pianist John Field (1782-1837). He had arrived in Russia alongside his mentor Muzio Clementi, who had become a major piano manufacturer with headquarters in London. Clementi eventually left Field behind as a trade representative to stimulate the sale of his pianos. In the event, Field would permanently settle in Russia in 1803 and almost exclusively composed music for salon performances.

John Field: Nocturne No. 4 in A Major 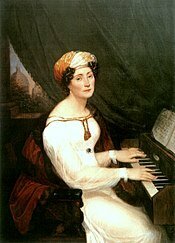 Perhaps the most illustrious name in connection with the St. Petersburg salon in the first half of the 19th century belongs to the Polish noblewoman Maria Agata Szymanowska (1789–1831). After a stellar international career as a pianist she permanently settled in St. Petersburg and was appointed the official pianist to the tsar’s court. She remained active on the concert stage and as a teacher; however, she also ran a brilliant salon, which attracted the artistic and social élite of the city. Szymanowska developed strong ties with major writers, including Alexander Pushkin, Adam Mickiewicz and Johann Wolfgang Goethe, who was rumored to have fallen deeply in love with her. She also counted the most notable composers and performing musicians of her day among her close personal friends. And that included Luigi Cherubini, Gioacchino Rossini, August Klengel, Ferdinand Ries, Henri Herz, Pierre Baillot, and Giuditta Pasta; with Johann Hummel and John Field dedicating compositions to her. Szymanowska composed about 100 piano pieces, and following in the footsteps of John Field, began publishing nocturnes in 1825. 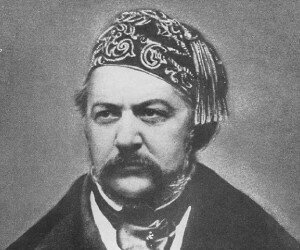 Mikhail Glinka (1804–57), who lived in St. Petersburg for much of his adult life, was born into a landowning family of Polish ancestry, and throughout his life he maintained contacts with Polish writers and musicians. His link with Polish émigré circles in Russia was particularly intense during the summer of 1828, when he began to frequent salon gatherings of Maria Szymanowska. These highly influential assemblies left a lasting impression on his musical style, and among his works from that time are songs to poems by Adam Mickiewicz as well as a number of mazurkas. He even edited a musical album containing works by a number of famous names associated with Szymanowska’s salon, including Pushkin, Princes Sergei, and Lev Golitsyn. He particularly cherished Szymanowska’s song “Wilija” to Mickiewicz’s just completed “Konrad Wallenrod,” and supposedly remarked, “It enchanted me in particular.” 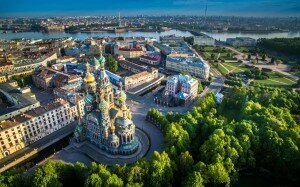 The Polish writer and diarist Stanislaw Morawski writes, “Szymanowska house has always been open to all who were honored with higher education and conduit. They were never even advertised, they entered her grand salon like relatives, like brothers. This common respect for her was the reason that only the most distinguished people could be seen in her living room. They came to listen to the declamation of Mickiewicz, who called the housekeeper the “queen of sounds,” to share the news from the country, to spend time pleasantly on music and social games. The pianist had every reason to be satisfied. Her artistic position was firmly established, she was able to provide for the maintenance of her family, and she was surrounded by many friends and kind people.” 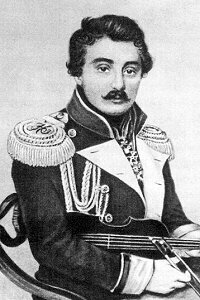 Among her many friends was Alexei Lvov (1799-1870), a civil engineer in the Imperial Army. Lvov was also a capable violinist, and he formed a string quartet that performed at his private residence in weekly concerts. His quartet undertook a number of European tours, and Lvov counted Mendelssohn, Meyerbeer and Spontini amongst his personal friends. Today, Lvov is primarily remembered for writing the music for the official national anthem of the Russian Empire, God Save the Tsar! It was enthusiastically sung throughout Russia from 1833 to 1917.

Alexei Lvov: God Save the Tsar!