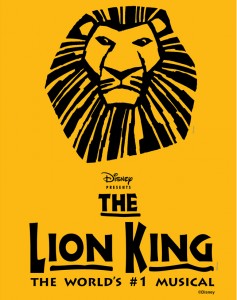 Roaring onto the Broadway stage and changing the musical forever was Disney’s The Lion King, with music by Elton John. No musical had taken a children’s animation as its source and turning the fantasies of a cartoon into a performance by live actors was a new experiment. Director Julie Taymor, known for her work with masks and puppetry, was the first woman awarded a Tony Award for directing a musical. The opening ensemble, starting in Zulu, starts us on the story of the proud father, the lazy son, and the scheming uncle. 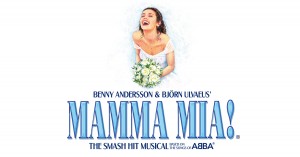 The Lion King: Circle of Life
The music of the Swedish pop group Abba was the source for Mamma Mia!, a jukebox musical. In a jukebox musical, the work is created by using previously released songs for the score. More common in films, such as the Beatles’ A Hard Day’s Night, Help! and Magical Mystery Tour, Yellow Submarine, it was Mamma Mia! that started the new fashion. Most were used for bios of the originally performing pop group or stories created out of their songs, such as Love, Janis (Janis Joplin), Tonight’s the Night (Rod Stewart), Ring of Fire (Johnny Cash), Beautiful (Carole King), and so on.

Mamma Mia!, however, started on the West End (1999), continued to Broadway (2001), and then onto film (2008). It closed on Broadway in 2015 after a 14-year run but is still running in London. The story of a mother and her fatherless daughter on the eve of the daughter’s wedding and the complications that ensue when 3 potential fathers turn up has made for an interesting reinterpretation of Abba’s songs. 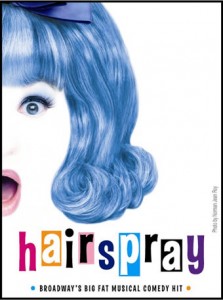 John Water’s dance comedy film Hairspray, set in 1962 Baltimore took on racism, black exclusion from white society, and the problem of being fat in a world that values the thin. Also, casting one of the most famous transvestites, Divine, as our heroine’s mother made even more radical statements. Marc Shaiman took all that on and created his musical version of the movie with new songs, but all in the 1960s style. 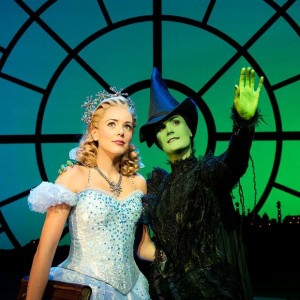 Galinda and Elphaba in Wicked

Gregory Maquire’s 1995 book Wicked: The Life and Times of the Wicked Witch of the West took a new look at L. Frank Baum’s story of Dorothy from 1900. Cursed with green skin and a penchant for black, Elphaba, the witch of the west, and Galinda, the witch of the south, struggle to find a place in the land of Oz. They compete at school, compete for the same lover, until they finally find they’re on the same side, united against the Wicked Wizard. 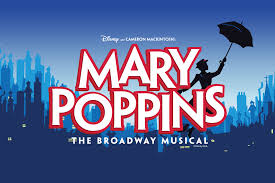 It was a famous 1964 semi-animated film but then it hit the West End in 2004 and Broadway in 2006 and we all had to learn how to say Supercalifragilisticexpialidocious all over again. The new musical mixes elements from both the film and from the original books by P.L. Travers, removing something that would be impossible to stage such as the in-the-air tea party at Uncle Albert’s. The children are made more naughty and their parents more impossible, to make the practically-perfect-in-every-way nanny all the more needed. 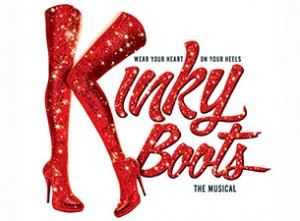 One of the most surprising recent musicals is Cindi Lauper’s Kinky Boots (2013). A failing shoe maker finds a new audience in the trans community – with the design for a new boot for a drag queen. The original story was broadcast as a BBC documentary in 1999 about the possible closure of a Northamptonshire shoe factory that was saved by their designs for fetish footwear. It was made into a movie in 2005 and then into a musical in 2013. In this scene, Lola explains to the factory why her shoes must be heels and those heels must be high.

The musical over the past 90 years has grown from simply being a vehicle for songs to being a place where characters and music are integrated. The most successful musicals always give you a tune to go away singing, and which often become that dreaded earworm you can’t rid yourself of! So, whistle a happy tune, look for that bright golden haze on the meadow, and welcome the show boat into town.