‘A Duty to the Music’ 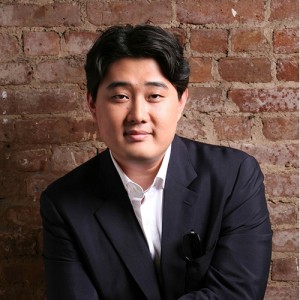 Based in Shanghai, Chinese bass-baritone Shenyang performs in Hong Kong with the Hong Kong Philharmonic this month. Although from a musical family (both his parents were singers too), Shenyang came relatively late to the world of singing.

‘My parents studied at the Tianjin conservatory – that was how they met. When I was a child, they didn’t force me to learn any instruments. It’s around the time when my voice changed, when I was 16, that I fell in love with classical music. I just felt it was something I should really do. No one forced me to learn. I just really liked it, and thought I would go for it.’

Shenyang studied in Tianjin and New York, and went on to scoop the first prize in the 2007 Cardiff Singer of the World competition. Now back in Shanghai, Shenyang finds himself inundated with work; luckily, the love of the job more than compensates for the long hours.

This includes his frequent trips abroad. To Shenyang, ‘travel is fun. I like to see different places and different people. All I think about is music – the music can be hard, the job can be hard, but the travelling is easy.’

Shenyang frequently performs on home turf, and feels passionate about bringing Western classical music to a wider audience in China, including new music forged in collaboration with Chinese composer Ye Xiaogang. He is by no means complacent about the place of classical music – old or new – in today’s society, and strives to ensure it will live long into the future.

‘Some great music was forgotten for one or two centuries – even Bach. That happened to the greatest composers, and so the contemporary music we’re doing now? We don’t know. What should we do? We should treat the music as Beethoven, as Bach, as Brahms, and then let the music speak and survive by itself. We have to try and make it so that the role we have created, the music we have created, will not be forgotten. 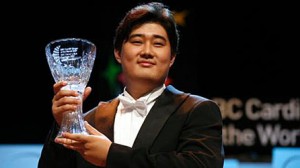 ‘Many musicians don’t really concentrate on that – they just want to do it, and whatever. Like with Ye Xiaogang’s music – it’s so amazing, and so charming. I’ve performed his music many times, and I treat his music like Hugo Wolff, like Mahler. I would say every time just to do your best.’

Herein lies a message that Shenyang frequently passes on when giving masterclasses to young singers.

‘There are some things you can never learn in school. We say it’s experience, but it’s hard to describe what exactly it is. It’s something you have to learn from your career, from the stage. You manage yourself differently.

When not singing, Shenyang relaxes with his PS4, or catches a football game when he can. ‘I also listen to music all the time,’ he says, ‘probably more to instrumental rather than opera or song.’

These moments of downtime are rare – in Shenyang’s eyes, there’s still much work to be done, but the market is growing.

‘In Europe and America they say that classical music is for grey hair,’ he chuckles. ‘In China, we say it’s for black hair: for the young. We have 7 or 8 professional orchestras in Beijing. There are 3 opera houses.

‘There are still things to improve, but things are going well – we need to keep going and work harder. I will never ignore the market in China. It’s about the career, but most importantly, it’s about a duty – a duty to the audience and to the music.’