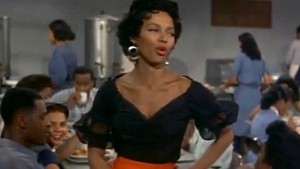 The musical changed during WWII – the themes were less fantastical, the stories were set in more realistic backgrounds, and the international exposure that so many people had during the war made its appearance on the stage. 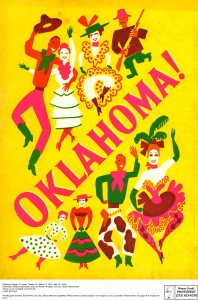 Right in the middle of the war appeared Bizet’s Carmen, but now updated to a contemporary American setting, with new lyrics by Oscar Hammerstein II. In 1943’s Carmen Jones The Gypsy Song is turned into ‘Beat out dat rhythm on a drum’ and Carmen’s famous Habanera becomes ‘:Dat’s Love.’ 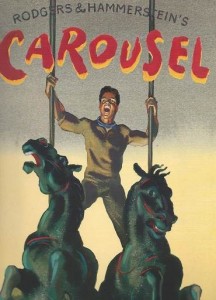 It was also in 1943 that the most important of the modern musicals opened. Oklahoma! built on the lines started in Show Boat in creating a ‘book musical,’ where the songs are an integral part of the story. From its upbeat opening of ‘Oh What a Beautiful Mornin’’ to its dream ballet sequence and its closing declaration of the greatness of the territory in ‘Oklahoma,’ the show was a new venture. 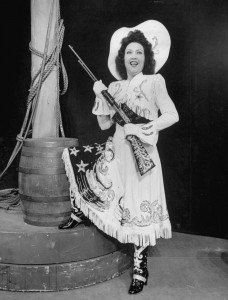 Annie Oakley (Ethel Merman) in Annie Get Your Gun

Oh, What a Beautiful Mornin’ (Curly)
Oklahoma
This first work of Richard Rodgers and Oscar Hammerstein II marked the start of a partnership that gave us Carousel, State Fair, South Pacific, The King and I, Cinderella, Flower Drum Song, and The Sound of Music.

Carousel (1945) brought us both a love song, ‘If I Loved You,’ and a song of fierce determination that still resonates in football stadiums, ‘You’ll Never Walk Alone.’ 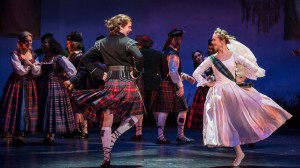 Irving Berlin brought the American heroine Annie Oakley to the stage in 1946 with Annie Get Your Gun. Ethel Merman was the indefatigable heroine and her brash voice brought out the problems of a tomboy in a world that expected woman to be much more feminine. The duet of ‘Anything You Can Do’ is a wonderful argument and the declaration of ‘There’s No Business Like Show Business’ has driven many into show business in the first place.

Alan Jay Lerner and Frederick Loewe’s 1947 Brigadoon took its inspiration from Rodger’s and Hammerstein’s musicals and in its creation of its magical Scottish village was able to make the contrast between the big bad city and warm and simple countryside a stage hit. 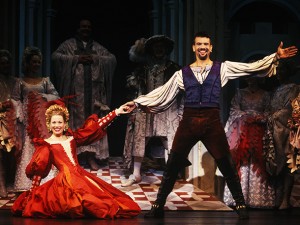 Unlike Carmen Jones which set new words to old music, Cole Porter’s 1948 Kiss Me, Kate set new music to old words. Taking Shakespeare’s The Taming of the Shrew as its centre story and placing it in the world of a stage production, we find Lois/Bianca’s declaration of almost fidelity in ‘Almost True to You (In My Fashion)’ as funny as the gangster’s attempt to cheer up the leading man ‘Brush Up Your Shakespeare.’

1948 also saw Frank Loesser’s Where’s Charley? Involving mistaken identities and problems with chaperones in 1892 Oxford. ‘Once in Love with Amy’ is a love song to Charley’s dream wife. 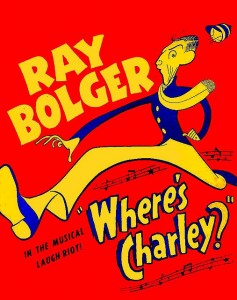 Where’s Charley?, Act II: Once in Love with Amy
Set on a boat in the 1920s, Gentlemen Prefer Blondes was Leo Robin and Jule Styne’s 1949 musical to the book of the same name by Anita Loos. Forbidden engagements and stolen tiaras all come to a good end. The star piece was the declaration that ‘Diamonds are a Girl’s Best Friend’ 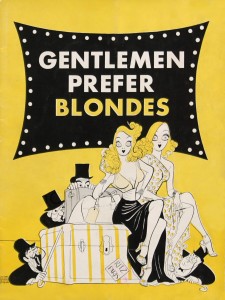 In1947 James Michener won the Pulitzer for his Tales of the South Pacific and in 1949 Rodgers and Hammerstein took several of the stories to create South Pacific. Their intent was twofold: setting a great set of stories to music and making a definitive statement on racism. ‘You’ve Got to be Carefully Taught’ was a very brave statement at the time, but reflected the new realities that were coming to the US as it became exposed to the less conservative world. The love story between the young American nurse and the older French planter culminates in the beautify ‘Some Enchanted Evening.’ 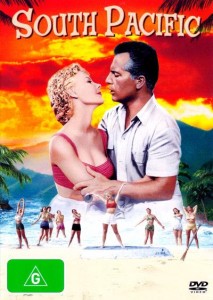 Each of these musicals contains many more enchanting songs and you should make them part of your musical exploration.