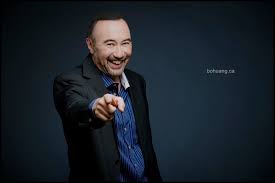 The diabolical pianist—that’s what I called Jon Kimura Parker in 2013. During the last six years Parker has become a force in many genres of music, and, as an entrepreneur, he has blossomed into what one can only call a musical maverick.

Parker has appeared as soloist with the world’s great orchestras, he has performed with the Miró quartet and his own Montrose Trio, and he’s also branched out involving himself with original and creative projects. Recently, he was appointed the First-Ever Creative Partner of the Minnesota Orchestra’s summer programs. Parker will host, perform, and curate the popular summer festival, in collaboration with Music Director Osmo Vänskä, the musicians’ artistic advisory committee, and artistic staff. He will bring his outgoing personality, his entrepreneurial spirit, and immense talent backstage and onstage. I couldn’t think of a better choice!

Perhaps you’re aware that musician involvement in artistic decisions is rare. There are a few exceptions. The self-governed Berlin Philharmonic, is quite unique as it is a musical democracy, which selects their chief conductor. The Saint Paul Chamber Orchestra, mainly plays without conductor, and boasts an Artistic director, Kyu-Young Kim, who is also Principal Violin. They also utilize notable soloists as artistic partners, who shape the programming. 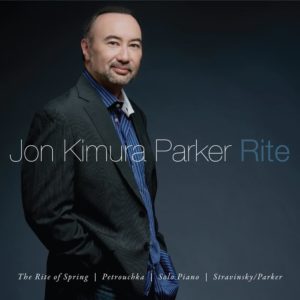 When a major orchestra offers a performer a prominent role in developing programming, it’s significant, although some orchestras are beginning to follow suit.

Parker is currently Professor of Piano at The Shepherd School of Music at Rice University. He appears regularly as soloist with the great orchestras of the world and collaborates with artists such as Orli Shaham, Lynn Harrell, Cho-Liang Lin, and James Ehnes. Conventional enough. You may wonder why I call him a musical maverick.

To me Parker is one of few artists who has expanded the role of the soloist. Throughout his career, Parker has been involved in exceptional projects.

His group Piano Plus, which performs on all manner of keyboards, toured the Canadian Arctic.

With the legendary British rock band drummer of Police, Stewart Copeland, he founded Off The Score, a quintet which performs all genres of music and focuses on improvisation. Copeland, now in demand as a film composer and an opera and symphony composer, teamed up with Parker whose rare improvisational skills results in a unique mix. The members, violinist Yoon Kwon, (her day-job is with the Metropolitan Opera Orchestra), Judd Miller on the electronic valve instrument (EVI), which uses all kinds of different sounds, and Marlon Martinez on the bass, “aim to combine revered classical elements and the improvisational aspects of rock and jazz.” 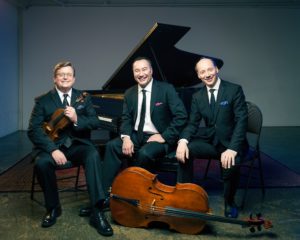 Parker has composed an amazing rendition of Stravinsky’s Rite of Spring, for solo piano, which I heard live. The group plays off this score, and other pieces of classical music, as a springboard to create unique, spontaneous and beguiling performances and with ‘attitude’ as Parker says.

Jon has long been fascinated with jazz. He’s jammed with Bobby McFerrin, Benny Green, Audra Macdonald and other greats, yet he plays harpsichord, and has recorded virtually every piano concerto. He’s also hosted several television and video programs, which shed light on classical music and the solo piano literature. His Concerto Chat series is truly enlightening and available on his YouTube channel and Whole Notes—a Stories Behind the Classics, available on Bravo! and on DVD.

When the Tokyo Quartet performed their last concert with a guest pianist, Parker, he and the first violinist Martin Beaver, and cellist Clive Greensmith, brainstormed about their musical future. They had long collaborated as artists, why not continue the partnership? The Montrose Trio was born. Once they began playing in 2013, it was clear they’d be headed for greatness. Just recently, the Montrose Trio performed here in Minneapolis and I couldn’t wait to hear them and to see Jon again.

I’ve focused on telling you about Parker’s progressive side but the trio program here was conventional. They performed two of the greatest and most massive works of the chamber music literature, Dvořák’s Dumky Trio, Opus 90, from 1891, and Schubert’s Trio No. 2 in E-flat Major Op 100, from 1828. 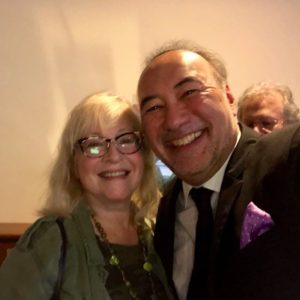 Our contributor Janet with Parker after the concert

A six-movement work, Dvořák uses the traditional Slavic folk-song the dumka, which is known for its swings of character and tempo. The Schubert trio is one of two virtuosic, difficult, and monumental trios he wrote. Schubert also borrowed from folk music, and his Scherzo movement is a ländler, a popular Austrian dance. Both pieces are a tour-de-force for the performers.

Cellists are often at a disadvantage in a piano trio, as he or she can easily be overpowered by the piano, but the balance in this program was perfect. Greensmith and Beaver played with a rich, lush sound, and Parker, who has a massive technique, expertly avoided dominating the ensemble. The program took place the day after Clara Schumann’s birthday. As an encore, they performed a movement from her beautiful piano trio. A thrilling afternoon for the audience.

It’s rare to find an artist who is comfortable performing, speaking, recording, improvising, hosting, collaborating, and composing. What a versatile artist! It will be fascinating to see what Jon Kimura Parker does next.